TEDxTallaght: When Stories Collide
We are all wired to tell stories, but today these stories are told in new and exciting ways. Join us at TEDxTallaght to explore the magic that happens when these narratives collide; when 21st Century storytelling meets 21st Century technology. Does the story change?

Catriona Crowe is Head of Special Projects at the National Archives of Ireland. She is Manager of the Irish Census Online Project, which has placed the 1901 and 1911 censuses online free of charge over the last 4 years. She is an Editor of Documents on Irish Foreign Policy, which published its seventh volume, covering the period 1941-45, in November 2010. She is editor of Dublin 1911, published by the Royal Irish Academy in late 2011. She is Vice-President of the Irish Labour History Society, and a former President of the Women’s History Association. She is Chairperson of the Irish Theatre Institute, which promotes and supports Irish theatre and has created an award-winning website of Irish theatre productions.

Maureen Gaffney is one of Ireland’s most respected, trusted and well-liked commentators on everything from personal development to organisational, cultural and societal change. A clinical psychologist by profession, Dr Maureen Gaffney worked for many years in Trinity College Dublin as Director of the Doctoral Programme in Clinical Psychology. Over the past ten years she has divided her time between her own consultancy business and a number of state and other boards. She works with companies on developing programmes of leadership and emotional intelligence; managing diversity, change and transitions; and offers a programme of Executive Coaching. She has worked with companies in Ireland, the UK, Israel, and the US. Drawing on her vast experience of working with people and organisations, and on a fascinating body of recent research, Maureen Gaffney has written a gripping, stimulating and inspiring manifesto on how to flourish and why we need to. The book is called Flourishing and is published by Penguin.

Cathal Garvey is a Cork-based biohacker. He describes the international DIYBio movement as being somewhat like the revolution that saw the birth of home computers. A micro-biologist and self-styled ‘bio-hacker’, Garvey is part of a network of DIY molecular biologists who are attempting to take back the technology from the big boys (eg bio-tech companies and universities) and make it open-source so that anyone can use the technology as a source for good. “Computers used to exist in white-room labs and anyone who wanted to interact with this mainframe computer, which was imagined to be far too complex to take out of a lab, had to wear a lab coat, gloves and sometimes a breathing mask,” he says. “Then this garage revolution just turned it on its head – everyone had a computer, had that power, and now the internet is effectively dissolving every layer of society and building it from the ground up. “Ultimately, computers are made of sand, and if we can do that much with sand and we are now starting to do the same thing with the bounty of nature, the implications are hard to predict, but they can’t be small.” Spaces for biohacking – literally, hacking solutions together in biology – are springing up in the US and Europe, says Garvey. He describes how people can get into relatively simple experiments such as inserting DNA into bacteria in a way that makes colonies fluoresce bright green under a blue light. (taken from Irish Times Article by Claire O’Connell)

Paul Lee is a veritable evangelist for Google SketchUp, a free low cost powerful 3D modelling platform. Lee joined Nexus Cork, a technology enthusiasts or “Hacker” group, dedicated to the cause of spreading free technology and information to a wider audience. In 2011, he started to contribute to Coderdojo as a mentor in 3D printing, programming and digital modelling. With Alan O’Brien, he started Viewsion Virtual Environments- Ireland’s only Google SketchUp Authorised Training Centre. Together they have taught students and professionals from ages 10 to 90 how to use SketchUp to achieve solutions to the problems of rapid design and tecnhical communication. Paul Lee has lectured in The Royal Institute of Architects of Ireland, Dublin; St. John’s Central College, Cork; Crawford School of Art, Cork; 3D Barcamp, Limerick; The Rubicon Centre, CIT; 3D Basecamp 2010, Boulder, Colorado.

Paul Smith A Dubliner, living in London, Paul is a best selling marketing author, international speaker and consultant. He is the originator of SOSTAC ® Planning System used by organisations around the world. Paul works across a range of industries – both B2B and B2C. He currently advises an Irish golf company developing short game golf academies in China with the first academy launched in the Olympic training area in Beijing. He has just developed Northern Ireland’s first virtual creative digital hub. He also advises a new global renewable energy company developing wind farms and alternative energy sources. Paul helps several other small innovative companies through UK Trade and Investment’s export programmes and Greater London Enterprise’s creative mentor programmes. A Fellow of the Chartered Institute of Marketing, Paul is co-author of the recommended text book, eMarketing eXcellence. Paul’s first book, Marketing Communications, has been a best seller for five consecutive years. He’s currently writing the 5th ed. Paul is co-author of the ground breaking, Strategic Marketing Communications and has also written Great Answers to Tough Marketing Questions which is now translated into six languages. Paul is a member of the Marketing Institute of Ireland, the Chartered Institute of Public Relations and the International Visual Communications Association. Paul is an avid football, rugby, golf fanatic and has just launched a unique book called Great Moments of Sportsmanship with a web 2.0 web site to support it

Michael Rossney lost an incredible three stone (42lbs) in three months. Therefore he knows that the three stone in three month weight loss process is both possible for most people and safe. Since he has lost the weight he has run numerous marathons, Mara-cycles and triathlons (including Ironman.) After his own transformation, Michael has gone on to coach thousands of clients to lose weight rapidly, run their first marathon etc. He has 15 years worth of experience coaching, training and teaching within the fitness industry. He has been a coach to teenagers, business leaders & executives, athletes and corporate teams both in Ireland and internationally. When he started working in the fitness industry he was initially frustrated because some of the clients would make changes and get startling results while others never even really got started after their initial consultation. He decided to study in depth how the human mind works (through NLP) in order to motivate people to get results. He developed his motivational skills by qualifying as a life coach and NLP practitioner but primarily through his experience in working with the Anthony Robbins Foundation in London. Michael has led leadership development and personal development workshops in London, Belarus, Bosnia and Georgia.

Jo Verrent works as a diversity trainer, consultant and project manager in the UK cultural sector www.adainc.org Her work is about seeking to reframe the perception of diversity, through myriad events and opportunities – speaking, training, writing, curating, researching and reporting. Most of her work focuses on diversity and equality – two things which she is passionate about. Not because they are just ‘a good thing’ or because there is a law which says people should pay attention to them, but because she thinks they are the key to transforming the way the cultural sector works. Placing equality and diversity at the centre of arts organisations, venues, programmes and policies means that more people can become involved in work which is simply more dynamic, effective and life enhancing. Jo is currently running Sync – a leadership development programme focusing on the interface between disability and leadership 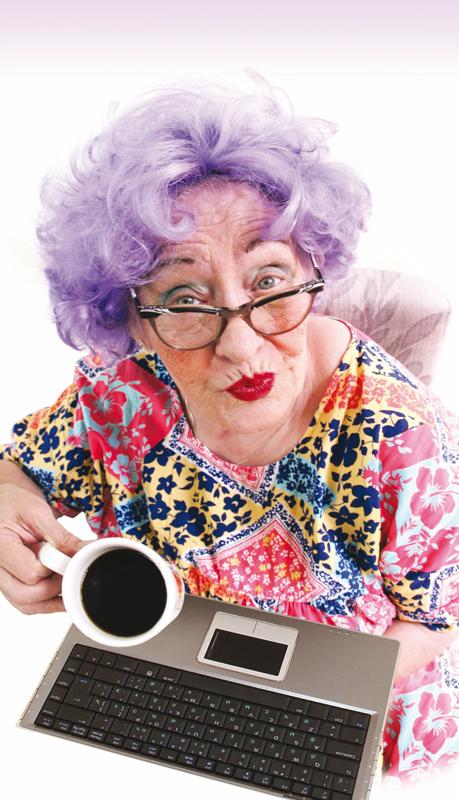