FOSS.in founder. Arguably one of India’s best known technologists, Atul has been at the forefront of India’s technology evolution since the 1980s, predicting and driving new technology waves such as data-communication, networking, the Internet, wireless and mobile computing, and Open Source, among others.

An early adopter of free and open source technologies, he specializes in leveraging these to businesses advantage. A keen photographer and wildlife enthusiast would rather be out in the field than behind a screen or plethora of gadgets that tend to surround him. Kishore is regularly sought by NDTV, BBC and other media for his expert views and contributions on technology issues. He is also a regular speaker at top technology fora.

Mark Parkinson is Director of The Shri Ram School, Delhi & Gurgaon. A committed lifelong learnivore, he has lived and worked in South Asia for the last 11 years. Since choosing to move in to the educational field he has set up an International School in Ahmedabad and headed a large, highly reputed international school in Dhaka. Before coming to South Asia he accumulated a law degree, 11 years as a Senior Private Banker, some UK national debating competition victories and a year as President of the Junior Chamber of Commerce for London.

Urban Geographer and Experimental Economist. He has an interest in re-vitalizing and re-imagining urban spaces. Through his work he explores how public spaces can be utilized for cultural and civic uses. Employing social networks and low-fi technologies to connect communities and resources is often one of his approaches. In his projects, he experiments with the possibility of seeding networks and infrastructures which can exist around this reality. He has been part of efforts to seed open content movements in India and in 2007 helped launching the Creative Commons India licenses.

Chief Learning Officer for the Wipro group. A man of many interests, Abhijit has illustrated several books and is an accomplished cartoonist. He loves theatre and has acted in plays staged in India, Kuala Lumpur and US. While in US he hosted a popular radio show – Movie Magic, about classic Hindi movies and film music. Even in India, he was a popular voice on All India Radio where he read the news in English and acted in a number of radio plays and hosted music based shows.

Aparna Wilder grew up in the U.S. but has been living in India for nearly six years. She holds a bachelors degree in History and Sociology of Science and Environmental Studies from the University of Pennsylvania, and a Masters degree in Public Administration from Columbia University. Aparna was a fellow with Indicorps, worked as a journalist with the Indian Express in Mumbai, and is also a TEDIndia Fellow. She considers herself an ‘accidental filmmaker’ but has always had a passion for storytelling. She started global rickshaw to collaborate with NGOs and other socially responsible businesses who wanted to share their messages through film. She also has a passion for women’s issues, social service, photography, writing, and sports.

Osama Manzar is a convert social entrepreneur spearheading the mission to overcome the information barrier between India’s rural sector, and the so-called developed society, through Digital Empowerment Foundation (DEF) –– the not-for-profit organisation founded to accomplish the mission; In 2003 he launched India’s first ever award for choosing the best e-content practices in India and South Asia. Osama is the Chairman of the Manthan Award South Asia for “Digital Inclusion for Development”; . Manthan Award has more than 1500 best e-content practices in its nomination bank. 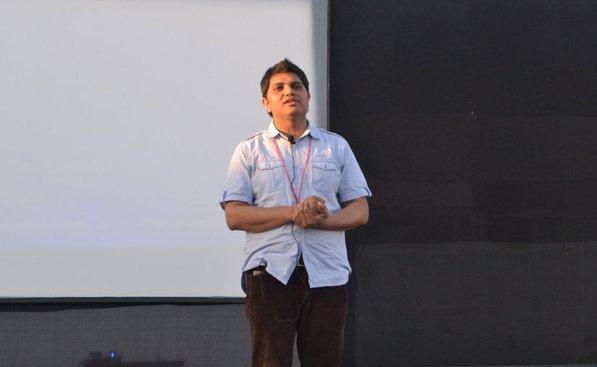