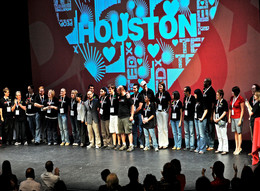 Houston is a diverse international community of artists, designers, entrepreneurs, scientists, aerospace architects, medical professionals, and other visionaries who are creating positive change. Our extraordinary schools are changing the way we educate the bright minds of the future. Our artists perform within the second-largest theater district in the country. Texas Medical Center houses the largest concentration of health care and research in the world. As the fourth largest city in the United States, with 2.2 million innovative people buzzing in this epicenter, TEDxHouston will introduce Houston

Dr. Eagleman holds joint appointments in the Departments of Neuroscience and Psychiatry at the Baylor College of Medicine. His areas of scientific expertise include time perception, vision, synesthesia, and the intersection of neuroscience with the legal system. He directs the Laboratory for Perception and Action, and is the Founder and Director of Baylor College of Medicine

Dr. Rebecca Richards-Kortum is the Stanley C. Moore Professor of Bioengineering at Rice University. She is the Founder and Director of Rice 360

Dr. Maria Oden is a Professor in the Practice of Bioengineering Education in the Department of Bioengineering at Rice University. She has over 15 years of combined academic, research, clinical experience in biomedical engineering with an emphasis in orthopaedic bioemechanics and computational modeling. Maria is also the director of Rice

Mark Johnson is an entrepreneur and a teacher. As the founder of Hometta.com he conceived a new delivery system for modern housing, introducing modernism to the stock house plan market, and introducing local construction to a modern housing market dominated by prefab. This concept was recently recognized by TreeHugger, which awarded Hometta their Best of Green 2010 Award for Best Architecture Idea. Mark likes to think big thoughts about developing local resources, whether they are architectural, social, cultural or human. In his previous life as a local real estate developer, his projects have been recognized with a Greater Houston Preservation Alliance Good Brick Award, a Houston Heights Community Improvement Award, and a Special Recognition award from the Houston Business Journal.

Dr. Brené Brown is a researcher professor at the University of Houston, Graduate College of Social Work, where she has spent the past ten years studying a concept that she calls Wholeheartedness, posing the questions: How do we engage in our lives from a place of authenticity and worthiness? How do we cultivate the courage, compassion, and connection that we need to embrace our imperfections and to recognize that we are enough – that we are worthy of love, belonging and joy? Brené is the author of I Thought It Was Just Me (but it isn’t): Telling the Truth About Perfectionism, Inadequacy, and Power (2007) and the forthcoming books, The Gifts of Imperfection (2010) and Wholehearted: Spiritual Adventures in Falling Apart, Growing Up, and Finding Joy ( 2011).

Dan is a designer and builder in Huntsville, Texas. In 1998, he and his wife Marsha started The Phoenix Commotion, a construction company that builds affordable houses from reclaimed and recycled materials. Their mission is to divert landfill waste while creating sustainable housing for single mothers, artists, and families with low incomes. The Phoenix Commotion keeps labor costs low while reclaiming human potential. They use an apprentice program to teach sustainable building skills to individuals that volunteer or intern on the Phoenix Commotion Crew.

Gracie believes that you can do anything you put your mind to, and she’s spent a lifetime proving it. Forever curious, afflicted with the perfectionist gene, and easily bored, her professional life ranges from runway fashion and across a broad landscape of creativity—architect, hospitality executive and consultant, caterer, event planner, public relations wiz, marketing rainmaker, and widely read feature writer—one career leading seamlessly to another over thirty years. Once Gracie learned about the widespread epidemic of childhood obesity, she adjusted her energies to obesity prevention through nutrition education. She spent years researching best practices around the world before launching Recipe for Success Foundation (RFS) in 2005. After just five years on the ground, RFS is the largest initiative of its kind in the country and has attracted attention from many activists, the White House and national press.

Houston's most unusual music ensemble. Performing in quartet and octet configurations, Two Star compose and perform all-original music across a wide variety of genres. Each member of Two Star Symphony brings a unique background and set of musical influences to their writing, creating an original and distinctive style. Two Star is known for their collaborations with artists in all mediums, and for bringing their music to venues and audiences that may not normally listen to "classical" music. In that spirit, they have written dance, film, and theater scores, partnering for performances with groups like the Dominic Walsh Dance Theatre, The Museum of Fine Arts Houston, BobbinDoctrin Puppet Theatre, University of Houston School of Theatre and Dance, American Ballet Theatre, and more. Two Star Symphony performs on a set of custom matched instruments by master luthier Anton Krutz.

Named 2009’s Best Chef at the Houston Culinary Awards, Monica Pope is a 2007 James Beard Award Nominee for Best Chef: Southwest and the owner of t’afia and Beaver’s in Houston. The only Texas woman to ever be named a Top 10 Best New Chef by Food & Wine magazine (1996), Pope has continuously received national praise from top critical publications including Travel & Leisure, which hailed her “one of the most ingenious restaurateurs around.” Her latest venture, t’afia – a restaurant that celebrates all things local, has been featured in Gourmet, O: The Oprah Magazine, Bon Appetit and Fortune, and is home to the weekly Midtown Farmers Market (which Pope helped found). Monica Pope recently published a digital cookbook, Eat Where Your Food Lives and appeared in Season 2 of Bravo TV’s competitive cooking hit, Top Chef Masters.

A graduate of Haverford College, with an M.A. from the University of Paris and a Ph.D. from Harvard, Stephen Klineberg joined Rice University

Rick Pal is an award-winning entrepreneur. He is the co-founder and President of AirGenerate, the former Master Franchisee for Liberty Tax Service in Greater Houston Area, and Rick held several product management positions at Commerce One, Webify Solutions, Navis, and Iconixx. He was also a co-founder of iBlitz.com that was incubated by Garage Ventures and IBM in 2000. His recent professional accolades include Houston's "40 under 40", "Outstanding 50 Asian Americans in Business", and several "Outstanding Entrepreneur" awards. Rick is the founder of Ek-Disha Non-Profit, Inc. which funds high-impact humanitarian projects in India. He has also created, 'Pal - Make a Difference

Cristal Montanez Baylor is the Executive Director of Hashoo Foundation USA. She leads initiatives to promote Hashoo Foundation's Women's Empowerment through Honey Bee Farming Project - "Plan Bee"- in the US. The project empowers women in the remote Northern Areas of Pakistan by expanding employment opportunities and generating a stable source of income through the sale of high-quality honey. The project is the winner of the prestigious World Challenge 08 Award competition sponsored by BBC and Newsweek in association with Shell, and it is a featured commitment on the Clinton Global Initiative website. Cristal believes that expanding income generating programs will strengthen the communities and help prevent the influence of extremism in Pakistan.

Mat Johnson is a novelist who sometimes writes other things. He is the author of the novels Drop, and Hunting in Harlem, the nonfiction novella The Great Negro Plot, and the comic books Incognegro and Dark Rain. He is a recipient of the United States Artist James Baldwin Fellowship, The Hurston/Wright Legacy Award, a Barnes & Noble Discover Great New Writers selection, and the Thomas J. Watson Fellowship. He is a faculty member at the University of Houston Creative Writing Program.

David Crossley is president and founder of Houston Tomorrow, where his focus is on urban growth issues as they relate to quality of life. Nationally, he is an executive board member of Smart Growth America, a member of the steering committee of America 2050, and chair of the Growth Management Leadership Alliance. He is a team leader for the Networks & Modes task force of the Congress for the New Urbanism, and also is a member of the American Planning Association, and the Urban Land Institute.

Dominic began dancing in Elgin, Illinois with Lisa Boehm. He joined Houston Ballet in 1989, was promoted to Principal Dancer by 1996 and danced there until 2004. During his years at the ballet, he danced around the globe, receiving praise from national and international critics. He has danced in many classics such as Swan Lake, Giselle, Don Quixote, Romeo & Juliet, and Manon and appeared with major stars, including Nina Ananiashvili and Alessandra Ferri. Dominic has also danced the contemporary repertoire and has had many ballets created for him. In 2002, he formed Dominic Walsh Dance Theater, a Houston-based contemporary ballet company. Since founding his company, Mr. Walsh continues to grow as a dancer and recently had the opportunity to perform the American premiere of Mauro Bigonzetti

Cary Wolfe is Bruce and Elizabeth Dunlevie Professor of English at Rice University. He holds a particular interest in animal studies and the ethical challenges posed by non-human subjectivity, systems theory and deconstruction, pragmatism, and posthumanism. His books and edited collections include Critical Environments: Postmodern Theory and the Pragmatics of the 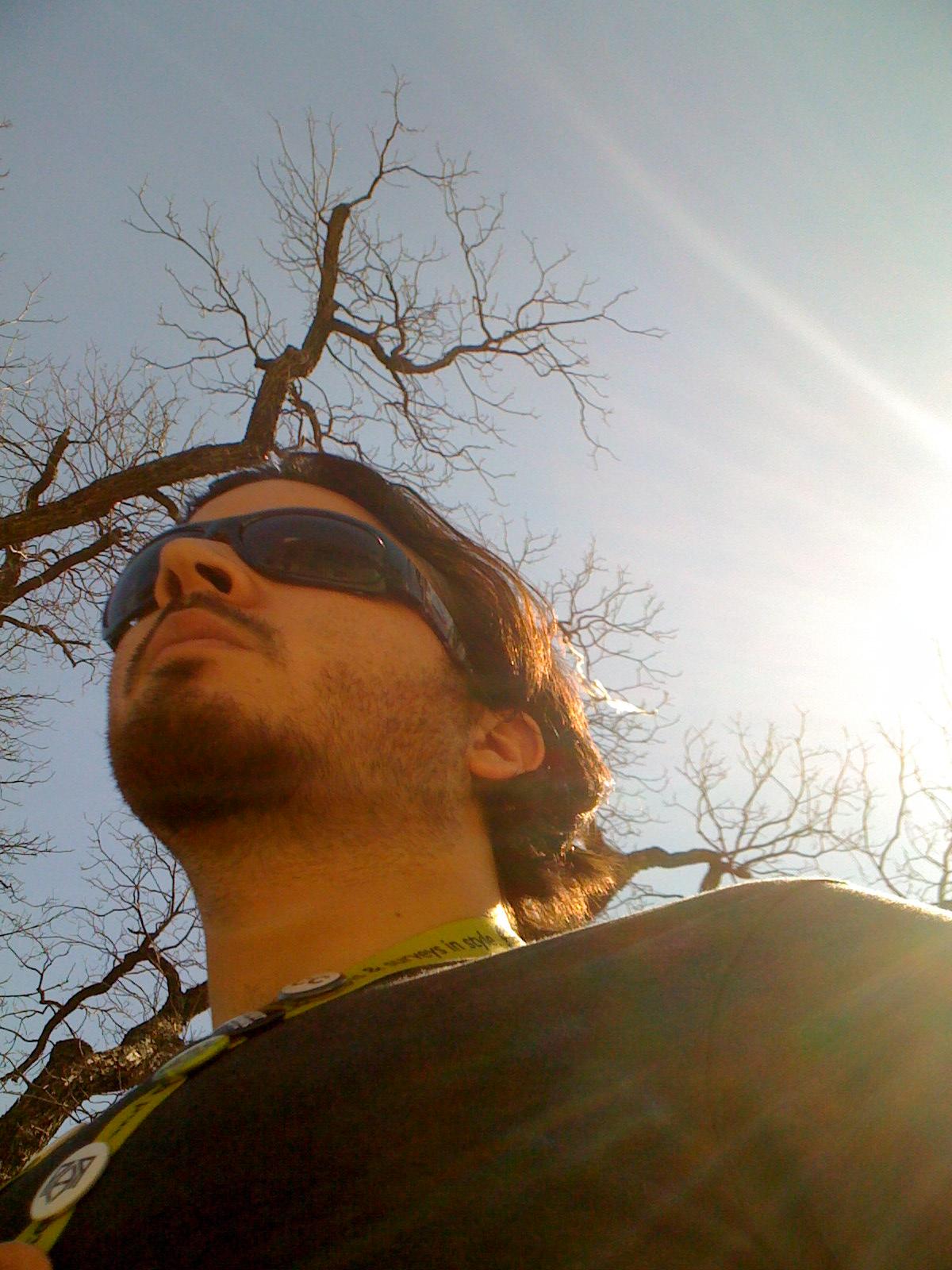