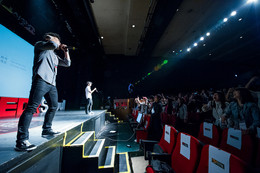 TEDxSeoul is a platform where participants connect to each other around ideas and make social changes together for greater good. TEDxSeoul strives to be a community where all the participants, including the speakers, audiences and organizers, communicate on an eye-to-eye level sharing their passion and energy.

The theme set for the fourth TEDxSeoul event is 장(場), or Pan in Korean, meaning Places where all things happen. It can be an online website where people connects to each other, a stage where actors perform, or a city where we’re all living. TEDxSeoul itself is also a platform where passion and ideas are shared among attendees.

The two doctors of General Doctor are Kim Seungbeom and Jeong Hyejin and they are actualizing their experiment "Health Experience Design." They opened a unique cafe-cum-hospital General Doctor near Hongik University with the aim of creating a medical facility that provides a more humane and everyday experience for the patients. They wanted to test the limit and strength of the HED in realizing human to human interaction rather than a doctor and patient one.

Juhwan is a science-oriented engineer. During his PhD at Michigan University, USA, he participated in a Jupiter and Saturn exploration project using a Hubble Space Telescope. After then, a cooperative research project with Cassini spacecraft on Saturn’s aurora was published as a cover thesis of Nature magazine.

Nils Clauss is an award-winning German cinematographer, editor and photographer, who has lived in Seoul since late 2005. After studying Cinematography & Visual Culture in Germany, Australia, Hong Kong and South Korea, he works on both film and photography projects with an emphasis on urban space and architecture as the main theme.

Lee Jong Boem is a cartoonist. As his dream was to become a cartoonist since childhood, when as early as in elementary school, Lee has had in mind that any type of experience or study would be helpful for drawing cartoons. He, who studied psychology in university, currently publishes Dr. Frost, a serial cartoon on psychology, on Naver, a major web portal in Korea. Also, he is a host of an Internet radio program, Webtoon Radio, sharing stories about his work and life as a cartoonist.

Ahn Yeon-jung is a social designer and the CEO of the social enterprise, “Norizzang.” (literally means ‘play with culture) She has been directing culture and art education programs in conjunction with the teen creators of cultural projects in and around the Hongik University area.

Jaejun Lee is a designer. While he majored in architecture and interior environmental design, Lee is rather more interested in designing the invisible than visible things; motivated by his design philosophy – coexistence with city, sharing within the society, and communicating though art – he has been working in diverse fields including visual art, public art, interior design, and publication exploring the tangible and intangible values of design.

Kim Eun-joo is the youngest-ever owner of a theater that sold out every performance ever put up and currently takes up the largest market share in Korea. She also has a unique resume in the movie industry. She started her affair with cinema at a production company and she clinched profit from La Scala from the 1980s. She still keeps in close contact with film industry insiders to this day. Her current theater projects Huhleewood Classic Theater (play at words combining the word Hollywood with the Korean word “Huhlee” which means one’s lower back in order to convey the body part most affected by arthritis) and Westgate Arts Center which are the nation’s first-ever “silver” theater dedicated to seniors. Close to 200,000 visit this 300-seat theater per year. Considering there are about 300,000 people using a multiplex center with eight theaters, it is an impressive box office feat. Her business motto, “Work with your heart not calculate with your head,” allowed the business to offer service to the elder at an eye-to-eye level. This theater is currently run by the elderly of ages 55 and over. There are antique DJ booth, affordable ticket price, old school snacks and the good old classics from the past are all implemented by suggestions and help from the audience. She is now researching into another cultural space that crosses the generation gap and aim to bring generations together.

Doojin Hwang is a village architect and hanok (traditional Korean house) architect. Since 2002, he has settled down in Seochon, an area right next to Gyeongbokgung Palace in Seoul, leading major projects taking place within 10 km radius in his neighborhood. After his studies in modern architecture at Seoul National University and Yale University, Hwang was first introduced to hanok by joining a hanok renovation project and now he is recognized as a representative hanok architect of Korea. His portfolio ranges from modern to traditional architecture as well as a combination of the two; Mumuheon, Open Books Publishing office building, Choonwondang, Gahoeheon, Han River Bridge rest area, and Gallery Artside are some good examples. His experience with hanok was made into a book, Hanok Is Back (2007), written by the architect himself. At Mokryun Hall, a private owned public space of his Seochon office, a sarangbang (lit. reception room in a hanok house for male guests) event called Yeongchu Forum has been held for its 48th time.

Dynamic Duo are Korean duo artists. Their genre is hip hop but in Korea their widely received music is considered somewhat of a pop music. They’ve returned after a 3-year hiatus from compulsory military service. And there’s something different about them; they’re no longer the adolescent men that they were but rather real men, all grown up. The path to comeback has been neither easy nor short. They show resolve through rapping, “I’m a practice maniac and when i rap i still get cardiac. I will insist on the discouraged way, and I will persist and never sway.” They have cast away pain like “removing cancer cells like Van Gogh did his ear.” This is perhaps victory only to be gained after a long fight against the impossible.

The head of the Boonga-Boonga Recordis better known by his nickname chairman Gom (bear) rather than by his real name. The label employs many talented artists like Jang Gi-ha and faces, Sultan of the Disco, Nun Ddeugo Kobain. The label is named after a phrase with unknown origin which means “an animal dry humping a stuffed animal or a person’s leg,” which comprises the label company’s philosophy. His commitment is steadfast and consistent despite of much success he’s enjoyed since Jang Gi-ha and faces. 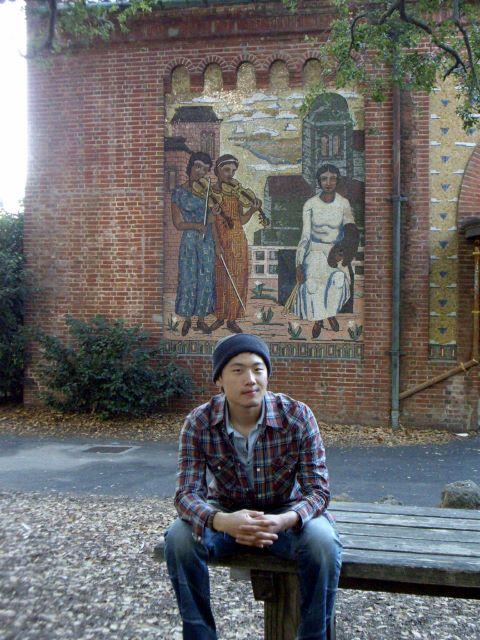