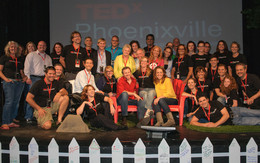 When local can mean everything from our solar system to your community, Your Backyard becomes a universe of amazing ideas.

STEVE DUNCAN
urban spelunker and photographer
As an urban historian and photographer, Steve tries to peel back the layers of a city to see what's underneath. From the tops of bridges to the depths of sewer tunnels, these explorations of the urban environment help him puzzle together the interconnected, multi-dimensional history and complexity of the world's great cities.
http://www.undercitywebsite.blogspot.com

MIKE MCGRATH
host of You Bet Your Garden
Mike hosts the nationally syndicated public radio show You Bet Your Garden, which airs every Saturday at 11am on WHYY-FM (90.9) in Philadelphia. “You Bet Your Garden” is also the name of Mike’s column in the quarterly gardening publication Greenprints, appearing in every issue since 1998. Mike was editor-in-chief of Organic Gardening magazine from February 1991 through December 1997. Mike’s most recent publication is The You Bet Your Garden Guide to Growing Great Tomatoes. Released in February 2012 by Fox Chapel Publishing, it’s a completely revised and updated third edition of Mike’s classic tomato tome, which was previously titled You Bet Your Tomatoes. In the mid-1970s Mike was the entertainment editor of Philadelphia’s weekly alternative newspaper The Drummer, and editor of the associated college newspaper The Daily Planet. He wrote countless feature articles for The Philadelphia Inquirer and The Philadelphia Daily News in the 70s and 80s, and enjoyed two brief stints at Marvel Comics; as editor of their British line in 1971 and as a writer and editor in the ‘Marvel Bullpen’ in 1979. Mike lives in the boonies of Lehigh County with his family, organic garden, and an inconsistent number of rescued cats. He plays pinball, enjoys baseball, grows way too many tomatoes, and will not eat lima beans, no matter how much you pay him.
http://www.whyy.org/91FM/ybyg

KRISTIN PEDEMONTI
storyteller
Once upon a time, in 2005, Kristin embarked on a journey and a new adventure. She sold her home and most of her possessions to live her dream as a full-time professional storyteller and to create/fund/facilitate volunteer project, Literacy Outreach Belize, Central America. In 2013, the project will expand through invitation to Ghana, Kenya and India. Today Kristin travels the world connecting cultures and building bridges between people sharing joy and hope through storytelling. Kristin is the recipient of the National Storytelling Network 2011 International StoryBridge Oracle Award for her work bridging cultures through story. Kristin is also a finalist in the TED2013 talent search.
http://storytellerkp.com

DEAN CARLSON
farmer
Dean is a 1994 graduate of the University of Chicago with an AB in Economics. After being a floor based derivative market maker for a few years, he moved to Philadelphia and then Dublin to trade convertible bond securities. Always bothered by the assumption of infinite growth in the field of economics, Dean became interested in how this assumption affects agriculture. After discovering the concept of sustainable agriculture, Dean changed careers and become a full time farmer. He purchased the 350+ acre Wyebrook Farm in Northern Chester County and set out to farm it sustainably. He raises 100% grass fed beef, heritage breed pigs in the woods and poultry out on pasture. Dean and his team sell hand-butchered meats in a fully restored 18th century stone barn on the property. Dean believes that it is important for people to have a real connection with their food and that buying food from the place it originated is a satisfying way to do this.
http://wyebrookfarm.com

KYLE BRYANT
athlete and spokesperson
Kyle grew up like most Northern California kids - active in all sports from swimming and golf in the summer to skiing in the winter; soccer, baseball, basketball, football, volleyball, you name it. Kyle was diagnosed with Friedreich’s Ataxia at age 17. Although FA has hindered his ability to participate in some of the sports he loves, FA has enhanced Kyle's passion for cycling. Kyle founded Ride Ataxia in 2007; a movement that has raised $1.5 million for FA research. Kyle’s cycling feats include completion of Race Across America – a 3,000 mile race which his 4-man team finished in 8 days, 8 hours, and 14 minutes. Kyle graduated from the University of California Davis in 2005 with a degree in Civil Engineering. Kyle worked for 5 years as an Environmental Engineer in Sacramento before becoming spokesperson for the Friedreich’s Ataxia Research Alliance (FARA).
http://www.kyleabryant.com/

MEG FOLEY
choreographer
Meg is a dance artist and the director of Moving Parts, a name ascribed to various dance- and performance-based acts that explore the materiality of dance and its relationship to form. Meg explores how art environments are made and tries to create elusive yet emotionally evocative performance experiences that straddle the fine line between focus and freedom. She is concerned with how somatic experience bumps up against visual experience - in seeing and in doing. Grounded in the body, she is exploring her body in relationship to herself, to others, and to the environment, asking existential questions about the basic experience of being. She is a 2012 PEW Fellow in the Arts and a 2012 Independence Foundation Fellow. Her work has been presented by the Philadelphia Live Arts Festival, Thirdbird, Bowerbird, Mascher Space Cooperative, Little Berlin Gallery, Vox Populi Gallery, the Community Education Center, Cirque De Verre, Scripps College, and in Movement Research at the Judson Church. She also loves baking, being in the woods, dressing up, and playing with her dog and two cats.
http://movingpartsdance.org

MARYANN WORRELL & DOUG MOTT
sculptors
Maryann and Doug, WoMo Art, have been working together since 2008 to create contemporary sculpture that expresses their personal and collective experiences. Both came to be artists mid-life, transcending their craft works, jewelry and woodworking to reach more personal expressions in sculptural form, using a wide variety of materials. They are currently working on an exhibition about the paths of life to be shown in March 2013 at the Phoenix Village Art Center.
http://www.dougmott.com

KIT MELLOTT
DIY activist
Inspired by Josh McLane, a TEDxPhoenixville 2011 speaker, Kit knew there was no better time than the present to seize an opportunity to make a difference of her own, so she hopped on a plane to another continent. With a passion for philanthropy, Kit moved to B’oma Ng'ombe, Tanzania on the slopes of Mt. Kilimanjaro to share her unique skill set. She founded "The Kit Project" to raise funds for the The Kao La Amani orphanage where she lived and worked for five months. During her stay she coordinated the construction of a four-room school and took steps towards making the orphanage a self-sustaining organization. By far, the most important roles she served while in the home of 27 orphans was that of chief hug giver, personal jungle gym, and dada (Swahili for sister) by learning how to cook, clean and shop like a native African woman. Her heart now lies in B'oma Ng'ombe, where she thought she would be the caretaker; yet the exchange of philanthropy went both ways. Kit has a BS in business administration from Elizabethtown College, with a minor in political science and concentration in marketing. She is currently an intern at Root Capital in Cambridge, MA.
http://thekitproject.wordpress.com

ROB MATTOX
social advocate
Rob graduated from Norristown Area High School in 1992, from Eastern University in 1996 and obtained a Masters in Strategic Foresight from Regent University in 2009. He has traveled to 19 different countries, speaks Spanish, and counts climbing an 18,000ft volcano as one of his most exciting adventures. He resides in Phoenixville with his wife and teenage daughter. Rob is currently a store manager for Liberty Thrift and Home Furnishings in Collegeville, a non-profit thrift store that supports Liberty Ministries located in Schwenksville, PA, while passionately pursuing his cause to make hope tangible.

JUSTIN BAIRD
software developer
Justin has lived in Phoenixville for almost 3 years after living in West Chester for the previous six. He lives with his wife (Adrianna) and son (Rowan). Justin grew up in a small town in western Pennsylvania (Level Green) and attended school at the University of Pittsburgh (at Johnstown). He holds a Degree in Computer Science from Pitt as well as an MBA from West Chester University. He has thirteen years of software development experience working in a few area companies and has been an avid gamer for nearly 25 years. He is currently the Director of Application Development at CubeSmart. Justin has an interesting idea on how to utilize gaming theory to help engage and retain employees in corporate America.

SUSAN WEILER
landscape architect
Since joining OLIN nearly 30 years ago, Susan has risen to prominence in the field of landscape architecture as a designer, speaker and writer. Her expertise in interfacing with complex engineering systems and construction technologies has applied to projects of myriad locales and typologies, including the US Embassy in Berlin, Germany; the Mission Bay Master Plan in San Francisco, California; LDS Conference Center in Salt Lake City, Utah; and the Anne d’Harnoncourt Sculpture Garden at the Philadelphia Museum of Art. She is currently leading OLIN’s design for Dilworth Plaza on the west side of Philadelphia’s historic City Hall. Susan holds a Bachelor of Science in Landscape Architecture from the University of Wisconsin and a Master of Landscape Architecture from the University of Pennsylvania, where she is now a longstanding faculty member. She has lectured widely, including talks at the TEDx lecture series and panels at the American Society of Landscape Architects Annual Conference. Susan is co-author of the book Green Roof Systems: A Guide for the Planning, Design and Construction of Landscapes over Structure, which has become a primary resource on the topic of green roof design for landscape architects, architects and engineers.
http://www.theolinstudio.com

CARTER VAN DYKE
landscape architect
Carter is a professional planer and landscape architect who serves as president of CVDA, Planners/Landscape Architects, with a regional practice located in Doylestown, PA. In this capacity he leads the firm’s work in downtown revitalization, multi-modal transportation initiatives, including trail development, historic preservation, TND infill development, and open space initiatives to preserve cultural landscapes. In his garden design work, he has a special interest in healing and restorative gardens. The firm recently received the Honor Award from the Pennsylvania Chapter of the American Society of Landscape Architects for the Plan for Compatible Economic Development for the Middle Schuylkill – A Schuylkill Highlands Conservation Landscape Initiative.

Prior to starting his own firm, Carter served as a senior planner with the Bucks County Planning Commission where he won national and state recognition for developing Performance Streets, the Newtown Joint Group, which was the first Joint Zoning Ordinance in Pennsylvania, and furthering performance zoning for open space and environmental preservation. Carter is an avid bicyclist and enjoys traveling with his family. He is board chair of the Dryden Ensemble, a Baroque music group that performs on period instruments.
http://www.cvda.com/people.htm?p=10407,161087

KELLY STOETZEL - HOST
As Content Director at TED, Kelly spends much of the year assembling TED’s Long Beach speaker program -- inviting the speakers and then working with them on the content and delivery of their presentations. She also curates and produces TEDYouth, a one-day event for 14-18 year-olds in NYC, now in its second year. Additionally, she produces TEDActive, a participatory and immersive live event in Palm Springs featuring a live simulcast of the Long Beach program.She recently returned from a 14-country tour for the TED Talent Search, holding events in each location to find undiscovered speakers for the TED 2013 speaker program, opening it up to the world. Kelly and Rives are the co-hosts of TEDActive and TEDYouth, and also love the chance to co-host TEDx events that are especially meaningful to them.

RIVES - HOST
Rives is a poet and multimedia artist from New York City. He favors romance, wordplay and live performances. He has five talks on TED.com and he is co-host with Kelly Stoetzel of the annual TEDActive and TEDYouth conferences. Rives and Kelly are dedicated to their global message of "camp counselorosity," the main tenets of which are: 1) Have fun and 2) Popsicles are awesome. 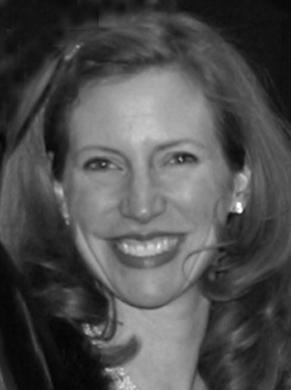 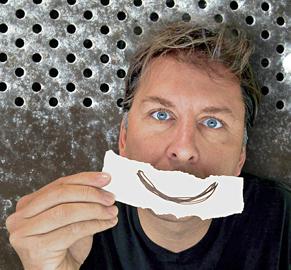