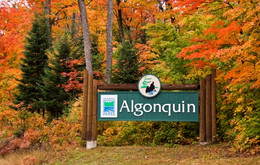 While some have only visited once, others know the interior trails like the back of their hand. It is safe to say that those who travel this unique and beautiful land are deeply devoted to Algonquin Park.

During the day event, TEDxAlgonquinPark invites you to share how you are investing in the park’s future. In the evening, we’ll celebrate how yesterday’s investments have yielded a rich culture and history.

Terri LeRoux wants people to spend more time outside and spends the better part of her life, telling people to “take a hike”. As the current Executive Director of the Credit Valley Conservation Foundation, Terri has helped the organization raise millions of dollars for honest, in the ground environmental work that would make Mother Nature proud. A serial volunteer, Terri has been active in promoting nature indulgence and environmental responsibility with organizations such as Hike Ontario, the Ontario Trails Council, the Bruce Trail Conservancy, Headwaters Communities in Action and the Learning Disabilities Association wherein she created outdoor adventure programs for children with social skills deficits. The co-author of two publications, Best Practices for Increasing Walking and Hiking on Ontario’s Trails and the Hike Ontario Young Hiker’s Program, Terri was the recipient of the Hike Ontario Volunteer of the Year Award in 2009. Her greatest blessing, aside from her 2 year old son Luke, was working as a Park Warden for five years in Ontario’s Provincial Parks (Presqu’ile and Algonquin).

Margaret is a consultant, specializing in statistical analysis in forestry. She holds a Bachelor of Science in Forestry from Lakehead University and a Ph.D. in Forest Biometrics from UBC. She started her forestry career as a research scientist at Petawawa National Forestry Institute. Since the closure of the Institute in 1995, she has been consulting mainly in the areas of forest growth and yield and forest inventory. Margaret has used Ontario’s extensive network of permanent growth plots to develop growth and yield estimates used in forest management planning. She is working with the Ontario Ministry of Natural Resources and the Canadian Wood Fibre Centre to enhance forest inventories using airborne LiDAR (light detection and ranging) technology. She lives near Huntsville with her husband and two teenage daughters.

Kathryn Lindsay is a sixth-generation resident of the Bonnechere River watershed in Renfrew County, a tributary of the Ottawa River with its headwaters in Algonquin Park. She volunteers with the Bonnechere River Watershed Project, a community-based not-for-profit whose mission is to inform and influence environmental stewardship and enhancement. That work benefits from her 28 years as a wildlife ecologist with Environment Canada in Ottawa. She has a PhD in Biology from Carleton University where she is an Adjunct Research Professor and a founding co-Director of the Geomatics and Landscape Ecology Research Lab built through the Canada Foundation for Innovation. She worked for four years on secondment with the U.S. Environment Protection Agency in Corvallis, Oregon, and was a Loeb Fellow in the Graduate School of Design at Harvard University in Boston. Her research has explored risks to wildlife, water, and people from changes in land cover, land use (particularly agriculture and urbanization), and more recently, climate. She has specialized in the use of scenarios to understand the past in relation to the present, and to explore potential consequences of choice in alternative futures as a means to foster nature conservation and climate change adaptation in land-use policy, planning and decision-making.

Jamie was born and raised in the small town of Whitney, just outside the East Gate of Algonquin Park. He is the fifth generation of his family to work in the forestry business, and harvest timber from Algonquin Park and surrounding area. Since a very young age, Jamie has been passionate about Algonquin and enjoys the park on many levels. For economic livelihood, his family business is dependent on the sustainable forestry carried out inside the park, and for recreation Jamie spends all four seasons enjoying Algonquin. He is an avid canoeist, camper, hiker, cottager, x-country skier and fisherman. He is also a strong supporter of rural community life and volunteers within his community as a firefighter and hockey coach. Jamie has a Hon. Bachelor of Commerce degree from McMaster University and lives in Whitney with his wife and two young children.

Kirby holds a Bachelor of Arts (Honours) in Social Anthropology from York University and has partially completed a Masters of Social Work from Carleton University. He is the author of ‘Algonquin Traditional Culture’, published in 2002, a book that details the traditional culture of the Algonquins of the Kitchissippi Valley at the early period of European contact. Kirby has spent his career working for and with the Algonquins of Pikwàkanagàn First Nation and First Nation organizations in a variety of capacities. Kirby is serving his tenth consecutive year as Chief of the Algonquins of Pikwàkanagàn First Nation, and as an Algonquin Negotiation Representative with the Algonquins of Ontario (AOO) for the past 6 years. The AOO and the Governments of Ontario and Canada are currently engaged in negotiations towards the development of an historic Agreement-in-Principle, and ultimately, a modern Treaty.

Adam is a recent graduate of both the Bachelor and Masters degree in Classical Guitar Performance from the University of Toronto. In 2010, he represented the province of Ontario at the FCMF National Guitar Competition, winning first prize above all other provinces. An active local musician in Toronto, for six years Adam performed weekly at the prestigious Fairmont Royal York Hotel and he continues to perform at private events and concerts throughout the GTA. Adam is also an environmental activist, well read in current environmental issues and a strong advocate for wilderness conservation. After discovering Algonquin Park’s vast interior only five years ago, he has become increasingly passionate about the park and its flora and fauna. He is now an avid canoeist and hiker, having been on solo trips of up to twelve days in length. In an effort to raise awareness about wilderness conservation and inspire others to explore Ontario Parks, Adam has composed original music dedicated to Algonquin Park. He plans to write music for more Canadian Parks in the future, in hopes of showing others that our wilderness areas are worth protecting.

Adam is a 2 time world champion, 22 time World Cup Champion, 67 time Canadian Champion, and a Gold, Silver and Broze medalist at the Athens and Beijing Olympic Games. He is at the 2012 London Olympic Games. Adam was Canada’s lone double medalist at the 2004 Athens Olympics at the young age of 22. Adam captured a gold medal with a victory in the K1 500m event one day after racing to a bronze in the K1 1000m. He was chosen as Canada’s Closing Ceremonies flag-bearer, and the 2004 Lou Marsh Award winner for Canadian Athlete of the year. In 2008 Adam carried the flag for Canada into the bird’s nest stadium at the summer Olympics in Beijing, China. Adam was the World Champion again in 2011, this time in the 1000m event, winning by a huge margin of over 3 seconds. The commentator on Eurosport Live suggested the gap between 1st and 2nd could be timed “with a calendar”. Adam is an athlete ambassador for Right to Play, and the David Suzuki Foundation, as well as a National Spokesperson for Colon Cancer Canada. He has spoken on behalf of the World Wildlife Fund and at countless schools on the importance of healthy and active living, community involvement, and his experiences as a Canadian Olympian. Adam graduated Valedictorian of his class in 2007 from McMaster University, with an Honours Bachelor of Science degree in Kinesiology.

Gene Canning started painting in 1990, having never picked up a brush or shown an interest in art up until that time. In 1993 he secured my first gallery. That was the start of a successful art career that has spanned over 20 years. Gene quickly became established a prominent artist in Canada. His accomplishments include: being listed in Canada’s Who’s Who as well as many other Who’s Who, having an original painting as part of Canada’s permanent art collection, being hung in Canada’s Governor General’s residence, hosting a NY live TV auction and owning two art galleries. Gene also hosted a nationally released PBS TV program titled Journey’s of an Artist. A show where Gene traveled with some of North America’s most prominent artists to the places they visited to gather the reference for their incredible paintings. This year Gene started a new journey. In recognition of the 100th anniversary of Tom Thomson’s time in Ontario’s Algonquin Park, 1912 to 1917, Canadian Artist and former host of the PBS TV’s Journey’s of an Artist, Gene Canning will be paddling and painting his way into history. Gene will follow the same canoe routes that Canada’s most famous artist, Tom Thomson, followed 100 years ago. 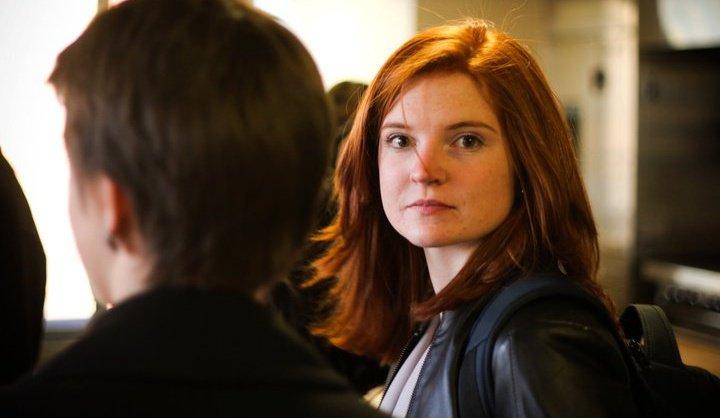