It deeply hurts to see that Pakistan, having abounding potential (physical as well as intellectual), is burning down with corruption, extremism, mismanagement, intolerance and what not! In a culturally, socially and linguistically diverse society like Pakistan, a huge ethnic divide is a curse. Unfortunately, diversity is not being taken as an advantage and the major shortcoming is of networking, socializing and intermingling of people belonging to different strata. Understanding the same issue, we have chosen the theme of “Diversity” for TEDxPindi. We aim to give a new perspective to our founder’s motto of “Unity, Faith and Discipline”. We discard a common belief that unity is only about finding something common between us all and convey the message of accepting diversity, because only when we accept each other for who we are, can we achieve the ultimate unity, peace, prosperity and progression.

He is truly a multifaceted professional with strong creative capabilities. He is associated with Icarus Inc. as a Project Manager for the Communications and Media department. He is highly respected as an intelligent and daring director (because of the plays like ‘Mary Poppins’) and a uniquely hilarious writer (because of the plays like ‘Dinner with an Idiot’ and ‘We All Fall Down’). Not to forget his acting that gripped the audiences for weeks in plays like ‘Bombay Dreams’, ‘Phantom of the Opera’, ‘Diary’ etc. He takes his reach beyond boundaries with his significant contribution as an anchor, actor and producer with a TV channel called Kay2. One of Faheem Azam’s passions is teaching and that keeps him motivated to take lectures on marketing related subjects in notable universities like Quaid-e-Azam University Islamabad.

Hassan takes initiative and uses creativity as a tool for enhancing his professional and personal skills. He owns and manages Morangofilms, which develops and builds digital interfaces in the form of quality TV commercials, music videos, documentaries and print features for prominent clients. Hassan also worked as the Head of Programmes for a private music channel, ARY Musik In 2008; he produced and launched the programmes for the channel for its first quarter. In 2005, Hassan joined Evernew Entertainment as its creative head and Packaging Director. At Evernew he directed music videos and promos of drama serials and sitcoms. He designed complete packaging and promotions for each serial that produced by Evernew Entertainment. He was a Content Head for Style Duniya in 2002, where he developed Pakistan’s first fashion channel and executed the entire production process from concept and script writing to shooting through to editing. Hassan enjoys filmmaking, reading, traveling and technology.

Malik Shaheryar is the Founder and President of Youth Economic Forum, an independent, nonprofit organization dedicated to empower Pakistani youth in public affairs and devote their services for the economic uplift of Pakistan. Shaheryar was born in the tribal areas of Dera Ismail Khan. He aspires to to become a good developmental economist and work towards the effective and sustainable economic policies which eradicate poverty. He founded The Youth Economic Forum to empower poor people to bring about a change through income equality and social justice. The Youth Economic Forum aims to build a tangible platform for dialogue on economic and social issues, with the purpose of boosting productive debate, endorsing active participation of the youth in economic policy making and building connection between youth and the public sector.

Nazo Babar is a Kashmiri born Pakistani who came here after her marriage in 1988 and has been caught in the turmoil of having two homes. She has continually taken steps to bridge the relationships between India and Pakistan through business, media and sheer resilience to see a better tomorrow for both nations. 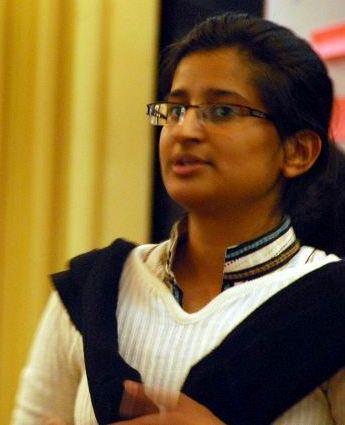