TEDxNagpur will feature local and national innovators, researchers & activists, who have made
a difference.

Father of Indian Super-computer Thinker and thought leader, researcher and innovator, scientist and philosopher, educator and educationist, author and articulator, policy architect and institution builder, Dr. Vijay Bhatkar is one of the internationally acknowledged scientists and IT leaders of India. Dataquest magazine 1 has acclaimed Dr. Vijay Bhatkar is amongst 25 pioneers who shaped India’s celebrated IT during the last 25 years. Dr. Vijay Bhatkar is best known as the architect of PARAM 2 supercomputers and bringing IT to the masses through a wide range of path-breaking initiatives.

Co-Founder, Jaaga. Freeman is the founder of an exceptionally innovative concept called “Jaaga”. Jaaga is a “hacker space” where creative minds, innovators, artists and startups come together to share ideas and come up with ground breaking results. “Jaaga” is also an architectural marvel built on pallet racks. Its a movable building.Freeman has been involved in the startup scene in india and abroad, and has been a mentor for IIM A’s startup incubator iAccelerator. He brings with him a different and exciting mentality, one not to be missed at any cost!

Akshay Cherian is the Co-Author of the book “Leadershift” and the founder of Alchemy Career Solutions which is a social enterprise focused on employability at the bottom of Pyramid. He’s also the co-founder of Meta Results, and Career Kraft – focused on accelerated learning and innovation. Akshay is a prized Business Coach and Corporate Trainer, and has designed and delivered programs for companies like Oracle, Dell, Nike, IBM, Seimens, Bank of America. He is also a lead trainer for many youth and social organizations. Hear him talk about “What it takes to make change happen” !

Gloria Benny is a co-founder of one of India’s fastest growing youth volunteer networks called Make A Difference (MAD). MAD has cracked the code of harnessing the power of the youth and channelizing their energy for improving lives of 1000s of children at risk in India, through education. The rate of growth of this organization to 19 cities in 5 years reflects the vibrant energy of its volunteers & its constant thirst to innovate. MAD has won several accolades for its work – The Ashoka Staples Youth Social Entrepreneur Award (2008), Noble Laureate of Karamveer Puraskar (2009), Indiya Shines 2009, YouthActionNet Global Fellow (2010), Cordes Fellowship (2010), Dasra Peer Capital Winner 2011) and received special recognition & mention during Michelle Obama’s visit to India in Nov, 2010. Gloria brings with her the experience of building an enormous youth network and her story of how the youth today has immense potential to change and shape India’s future!

Dr. Bang is founder-director of SEARCH, an NGO that provides community health care to the tribes of Gadchiroli district in Maharashtra. He does not look like a pioneer. But don’t let the looks fool you – this is the man who has revolutionised healthcare for the poorest people in India and who has overseen a programme that has sent infant mortality rates plummeting in one of the most poverty-stricken areas of the world. Instead of accepting the traditional hospital-based treatment model, Dr Bang has spent the last 26 years training up local volunteers in Gadchiroli, one of the most deprived districts in the Indian state of Maharashtra, to treat simple maladies at home. The World Health Organisation and Unicef have recently endorsed his approach of treating newborn babies and the programme is currently being rolled out to parts of Africa.

They say if you change someone’s life, you’re a change maker, and if you save someone’s life, you’re a Hero. Khushroo poacha has been, and continues to be a hero for millions. For the Ashoka Changemaker of the year 2010 award winner – Khushroo, saving lives is an integral part of his average day. How you ask? Well come and watch him speak about his much acclaimed and award winning initiative – Indianblooddonors.com and how he plans to revolutionize the future of obtaining the most critical life resource – Blood.

Jaideep Hardikar, has worked as special correspondent for various newspapers like The Daily News and Analysis. During his tenure, his reporting on continuing suicides among farmers caught the attention of the federal government of India and, in part, motivated the creation of government relief packages for the farming community. He is a recipient of several national media fellowships and was the winner of the 2003 Sanskriti award from Sanskriti Foundation, New Delhi. Hear Jaideep Hardikar as he takes you on the journey of Rural India’s most grave problem and how they can be tackled.

founder of CrazyEngineers Kaustubh Katdare is the founder & administrator of CrazyEngineers. Crazy Engineers is one of the world’s biggest and most popular websites for Engineers and students around the world with a passion to innovate and build. Kaustabh is a leading blogger from Nagpur, and had been selected for the prestigious 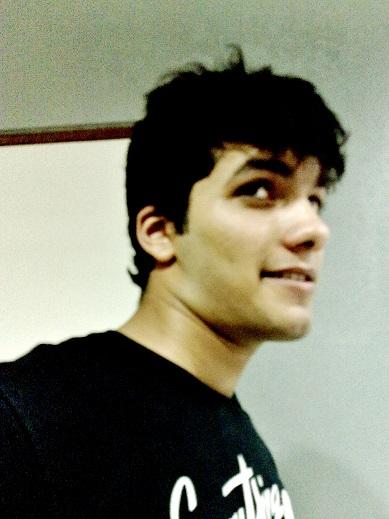