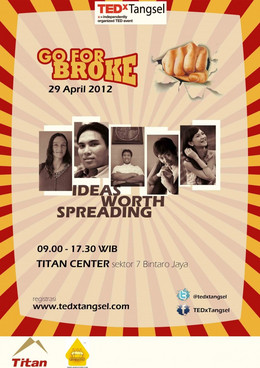 The theme, that we chose for our first main event, was to provoke our selected attendees to go for broke with what they have for the betterment of Indonesia. Hopefully, through this event, attendees could make a difference in their community, an epic change, which would be able to change the bitterness and pessimism of the society into confidence and optimism. As we know, pessimism will not take on our life journey to Rome, will it?

TEDxTangsel tried to change the attendees’ point of view and encourage them to doubt no more and to go for broke with all that they have got for a change that would take Indonesia to a 'proper place' in the international community.

Angkie Yudistia became deaf at the age of 10 years and began to feel the various challenges of multiple discriminations since attending elementary school. Although she is deaf, Angkie prove her limitations are not an obstacle to be successful. Now, Angkie has become an independent woman with diverse experience ever achieved, including successful completion of S2 Marketing Communication at The London School of Public Relations Jakarta, became one of the finalists Abang None Jakarta 2008, had chosen as The Most Fearless Female Cosmopolitan 2008, became Miss Congeniality of the Natur-e, to a career as a Corporate Public Relations. Angkie also actively assist the Yayasan Tuna Rungu Sehjira (Sehjira Deaf Foundation) along with the other women with disabilities. Currently, Angkie and friends co-founded along Thisable Enterprise who care about social problems using entrepreneurial skills, to make social change; including the empowerment of persons with disabilities friends in Indonesia.

H. Chaerudin alias Bang Idin is the leader of Sangga Buana Community. He has won Kapaltaru Award for his services in preserving environment, reforesting city, rehabilitate and maintain the river, especially Pesanggrahan River.

Erie Sudewo, formerly a journalist, now is a successful social entrepreneur. He was awarded the Social Entrepreneur of the Year 2009 by Ernst & Young as it is considered instrumental in managing Dompet Dhuafa (Dhuafa Wallet), a philanthropic institution that had led, to be "The Biggest NGO in Indonesia". He was also selected as one of the Tokoh Perubahan Republika (Republika Change Leader) in 2009 and Ashoka Fellow in 2011 in the field of civic engagement.

Femke den Haas was born in Yaoende, Cameroon and has loved animals since a very young age. She stopped eating meat when she was 8 because she thought that eating animals was wrong. At the age of 17, she came to Indonesia to help with the release of 70 orangutans in Borneo. She is the co-founder of Jakarta Animal Aid Network (JAAN) and tries her best to stop the illegal wildlife trade and animal cruelty.

As the founder of idVR360, a virtual reality panoramic photography company based in Indonesia, Riefa aspire to make the public aware that VR is a different way to view photos, and create a unique and amazing experience to watch. He has a dream to capture the beautiful sides of the country and present it to the whole world. 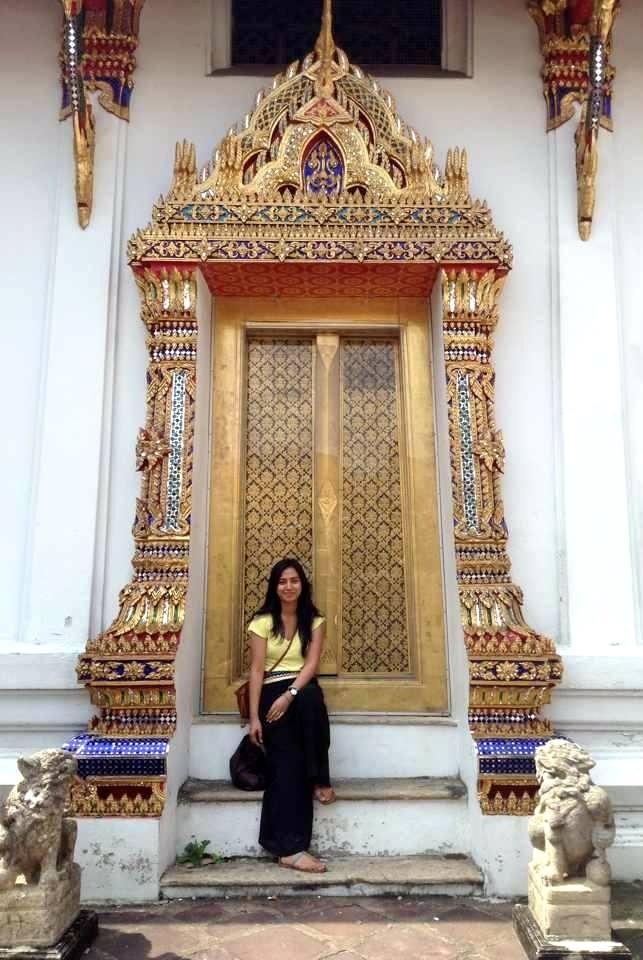