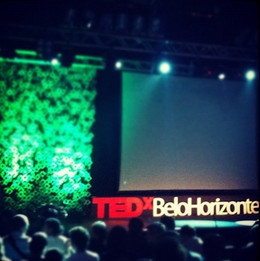 This was the inaugural event for TEDxBeloHorizonte.

Founded on the very meaning of its location's name, "Beautiful Horizon", TEDxBeloHorizonte brings together great thinkers and doers from near and far to share ideas, explore possibilities, and ultimately, present new ways to create beautiful horizons for the world we live in.

Using the definition of a horizon as the limit or extent of one's outlook, experience, interest, or knowledge, we draw upon the phrase of "expanding one's horizon", for the theme of the conference.

TEDxBeloHorizonte aims to expand horizons in the literal sense as well by exploring the relationship between other countries and Brazil. The conference will engage the best minds of our planet in a conversation that addresses our shared future and how Brazil will integrate itself into our ever more interdependent and globalizing world.

Chief Almir uses high technology to preserve old traditions. Together with Rebecca Moore from Google, he has been changing the way his people – the Suruis – keep the Amazon rainforest alive. His work has repeatedly been called the best way forward if we all want to keep living on this planet. An environmentalist, political activist, and tribal chief, Almir Narayamoga Surui has been fighting to save both his Surui tribe (pronounced SOO-ROO-EE) and the Amazon rainforest for more than 20 years. Almir’s efforts are credited with almost single-handedly bringing his tribe back from the brink of extinction. Most notably, his ability to bring his people together with Brazilian and international partners to make forests worth more alive than dead, has brought him recognition from around the world. In 2009, a leading Brazilian news magazine declared him one of Brazil’s 100 most influential people. Additionally, Chief Almir is leading the very first Carbon Credit project on indigenous lands in the Brazilian Amazon.

In 2008, the fight for land preservation of the Suruí people won an important and unusual ally: Google. Chief Almir Surui, the tribe's leader, and Rebecca Moore, Director of Google Earth Outreach, signed a cooperation agreement in which the indigenous people receive equipment and training so that they can share part of their history and their knowledge on the web. This marked a milestone, in which networked communication technologies began to be part of strengthening traditional cultural identities. Rebecca’s personal work using Google Earth was instrumental in stopping the logging of more than a thousand acres of redwoods in her Santa Cruz Mountain community. Rebecca also initiated and leads the development of Google Earth Engine, a new technology platform that supports global-scale data-mining of satellite imagery for societal benefit.

Angelo Augusto is a biologist whose life changed after he witnessed a woman carrying her dead son in the African desert. He now coordinates a carbon offset program, working with Amazon native communities such as the Suruis. He will make sure you are aware of the impact your daily choices have in the world you are living in. Ângelo is the former Biodiversity Coordinator of the Brazilian Sustainable Development Foundation (l’FBDS) and former Head of the Ecological Department of the Amazon National Research Institute (INPA), where he also served as scientific coordinator for the Biological Dynamics of Forest Fragments Project, conducting research on climate change and biodiversity. Angelo is currently responsible for the areas of climate change and clean energy for The Brazilian Biodiversity Fund (FUNBIO).

Roberto Andrés believes that simple choices can turn cities into better places. His work includes some powerful images to show the disturbing consequences of making choices for cars instead of people. Roberto Andres is an architect who creates at the intersection of cities, arts and information technology. He is the editor of PISEAGRAMA magazine, where he publishes articles about bicycles, PowerPoint presentations, and zoos in Brasilia. Roberto has also collaborated with Piauí magazine, publishing articles on the development of Brazilian urban thinking on rivers around the world. As a professor at UFMG School of architecture, Roberto works on didactic experiments around intervention in, and thoughts on, the city. A partner at the office Superficie.org, he was one of the creators of bim.bon, an online tool for budgeting architectural projects.

“Nature and imagination are, as someone once said, the oldest friends, supporting each other in one of the longest symbiotic relationships.” Singer and activist Sarah Harmer believes that making art of your place gives it a voice and human power. Sarah Harmer is a Canadian singer, songwriter, and activist. She has released five solo albums and won numerous Juno Awards (Canada’s Grammy Award equivalent). In 2005, Harmer co-founded citizen organization PERL (Protecting Escarpment Rural Land) to help protect the Niagara Escarpment, a UNESCO World Biosphere Reserve in Southern Ontario, from a proposed open pit quarry in the heart of the escarpment's Mount Nemo. She recently testified against impacting the habitat of the Endangered Jefferson Salamander at the Nelson Aggregate Ltd. provincial Joint Board hearing. To support PERL, she and her  band embarked on a tour of the escarpment, hiking the Bruce Trail and performing at theatres and community halls along the way.

The name "peregrino" in Latin means the one who crosses borders. Christopher Howe left the comfort and security of his Los Angeles life behind to make a pilgrimage on foot to the Amazon. Along the way he discovered that everything in life is within walking distance. Christopher Howe walked from Los Angeles to a location deep inside the Amazon of Brazil, carrying prayers from people he met on the road, praying for them as he walked, exchanging them for another prayer with the next person he met on the road. He uses the allegorical aspects of pilgrimage and "promessa": Walking into the unknown on faith, leaving your baggage and stories behind, and making the symbols of pilgrimage present, powerful, and practical, to use in our everyday lives.

Raquel Helen Santos Silva is a 21 year old who grew up in the Santa Efigênia neighborhood of Belo Horizonte and who Michelle Obama thinks of as an example for her daughters. Raquel’s life could have been very different, if it weren’t for a collection of butterflies she started a few years ago. In 2011, the British Council’s Global Changemakers Programme selected 18 individuals from over 1500 applicants to attend the 40th World Economic Forum in Davos, Switzerland, and Raquel, who was only 19 years old at the time, was the only Brazilian selected.

Panmela Castro will share her vision of street art activism as a vehicle for change and tell us about combating violence against women using graffiti and street art. Panmela Castro is a young multimedia artist from Brazil who uses graffiti and street art to promote social change and awareness. She realizes her vision with the human rights organization Comcausa and Grafiteiras Pela Lei Maria da Penha, a project that links graffiti and urban culture to combating violence against women. Today, Panmela is president of Rede Nami, an urban art feminist network that promotes women's rights through arts and culture. She travels the world with her art and has been honored with numerous international awards for her work.

Eloan Pinheiro dos Santos has been at the front line of medicine patents and intellectual property for over 30 years. She believes that human health can not be treated as a regular commodity and has led a life fighting for her convictions. Eloan dos Santos Pinheiro is the former Executive Director of the Manguinhos Institute of Pharmaceutical Technology, Brazil. She is a committed activist focused on promoting health and human rights. She has been involved in controversial issues such as the price of medicine for treating AIDS and she was a primary leader in revising international laws on intellectual properties and patents – particularly in countries where the pandemic reaches alarming levels.

Erica Goldson does not believe in limitations and sees schools as the institutions where limitations are primarily instilled into young minds. Instead of subscribing to rigid modes of learning, she calls on us to be as malleable and dynamic as the world itself. Erica Goldson has been speaking, writing, and exploring alternative education since her controversial high school graduation speech two years ago. Her speech is not only on YouTube and various sites throughout the web, but it’s also published in Pearson's Writing Arguments: 9th Edition textbook. As of now, she is living in Guatemala, working as a volunteer English teacher at an all-girls secretarial skills school. After learning about the need of the people of Lake Atitlan to converse with tourists with limited Spanish, she is also establishing her own English school in hopes to build a better economy.

According to Camilo Rodriguez-Beltran, a new definition of scientific and social progress is needed: one created by the people, based on their actual needs, cultures and traditions. He believes science must to be demystified and made accessible to everyone, for only then can we move forward into a brighter future. Camilo lives a nomadic life dedicated to projects focused on the demystification of science and art in several places around the world. Working to empower marginalized societies, particularly in developing countries, the spectrum of his projects range from molecular biology to urban art, centering on themes of culture, community and heterogeneity as a base for creation and innovation. Camilo founded the Taleo Initiative as an idealized system where ideas on global challenges can be conceptualized through observation and alternative thinking.

Like many of us, Fernando da Costa Braga felt uneasy with the way certain types of workers are ignored by society. But he didn’t just let it be. Instead, he spent 8 years sweeping the streets of São Paulo to understand what he calls "Public Invisibility". Once a week, Fernando Braga da Costa puts on a uniform and sweeps the streets. He carries manure, cleans ditches, works in the rain, and toils under the sun. On account of this, he has developed tendinitis. His routine began 10 years ago, as an assignment for a psychology class he attended at the University of Sao Paulo, which suggested that students work for a day in a lower class profession. This was the starting point for his thesis on "public invisibility", which means that professionals like janitors, elevator operators, and packers aren't "seen" by society; they are perceived as jobs, not people. The thesis became a book: “Invisible Men: Testimonies of Social Humiliation”.

Prepare to be awed. This wise man from the mountains will dissolve any limits we impose on our minds and bodies. Through his example and insights, Satyabrata Dam will shift perceptions and bring down the psychological walls that hold many of us back from reaching our full potential. Satya is the first man on Earth to have led successful expeditions to the ‘Three Poles’ – Mt Everest, South and North Pole. The Himalaya are his true home, and Satya has adopted four Himalayan villages for social and economic development.

The group Meninas de Sinhá is comprised of women, aged 50 to 92, from the Alto Vera Cruz, Taquaril, and Granja de Freitas neighborhoods of Belo Horizonte. Dona Valdete, who sought to understand the common problems of women living in these communities, sharing the same needs and anxieties, founded the group in 1996. In weekly meetings the desire to sing and dance, remembering old songs, nursery rhymes, and children’s play was born. Through these old songs, nursery rhymes, and children’s play, the group found its principal work: preserving culture. 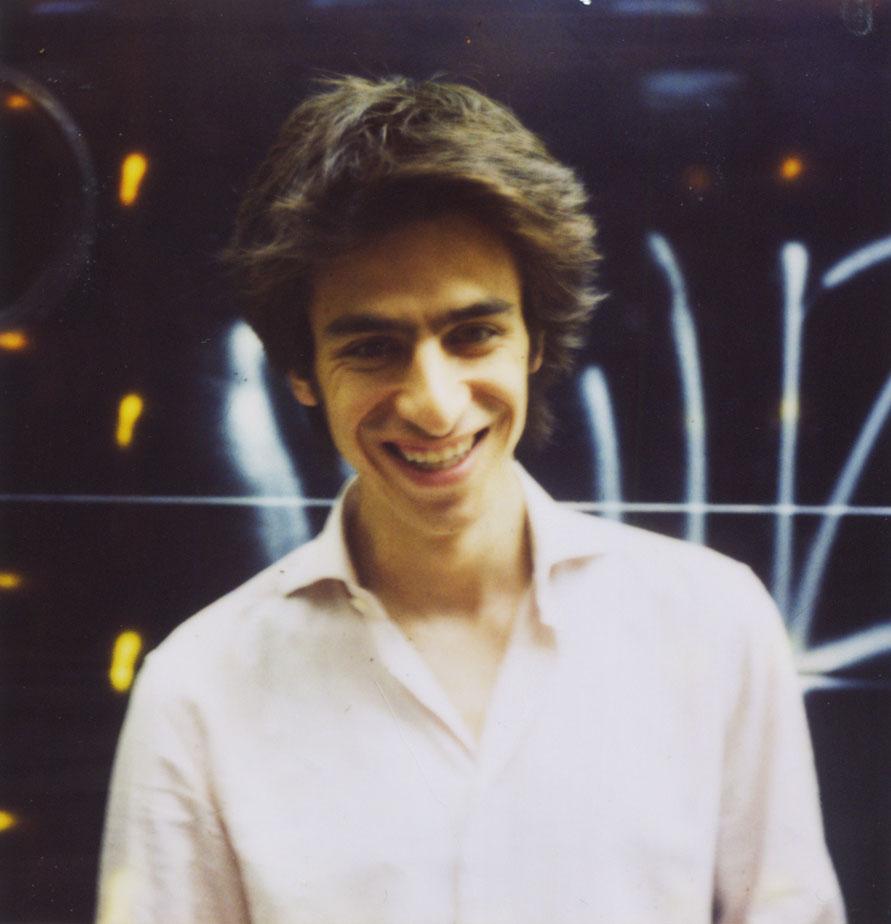 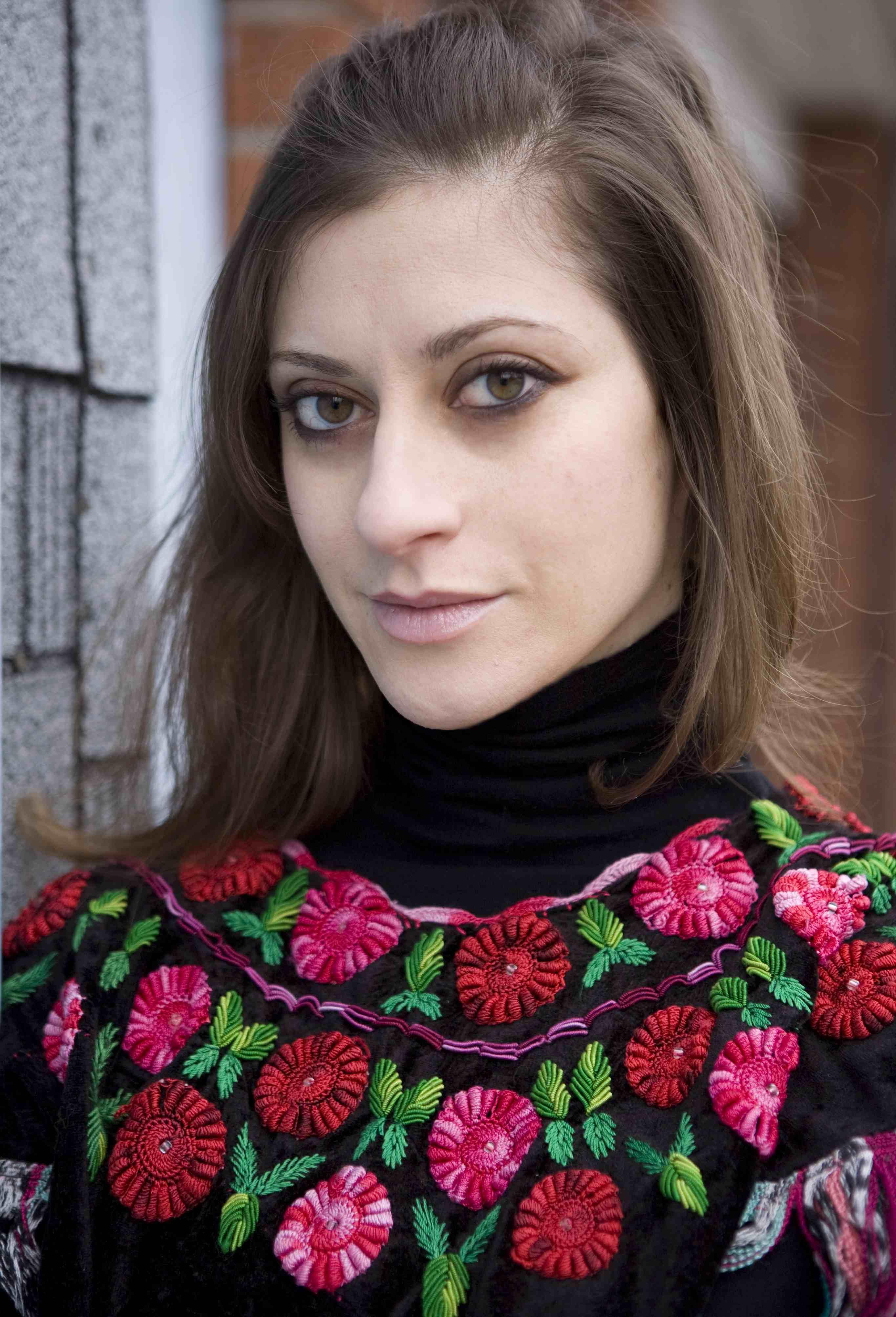