This event occurred on
May 6, 2012
Dharamasala
India 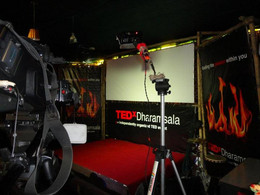 Our fast changing, materialistic society is investing heavily on irresponsible lifestyle and it has created lot of issues, right from global warming to malnutrition. Slowly but certainly these issues are impacting our daily life, and we are forced to adapt to the hostile conditions.

Just to list some of these critical problems, which I’m sure you will be able to relate to.
- Global warming, which is slowly but steadily seeping in
- Overexploitation of our limited natural resources
- Blind, unstructured development, which is fast changing the beautiful hilly landscape to ugly concrete jungles
- Huge dependency on non renewable resources
- All sorts of pollution is on increase and hardly any substantial efforts have been made to stop or reduce this problem
- Fast disappearing native culture
- Malnutrition, is highly prevalent among rural kids
- High rate of lifestyle diseases
- Corruption
- Sub-standard quality of products
- Fast eroding values, ethics, etc
- Disconnected from spirituality(freedom, independence ) and connected to religion(captivity, slavery)
- Substandard education and the list keeps growing.

The forward looking human nature, keeps inventing new solutions for its existing problems however the moment it will start Reconnecting to Roots, we can discover that there lies many answers to its current problems. We don’t even have to go very far, just few decades back, our grandparents used to live a responsible lifestyle. They used to worship nature, and anything natural was very sacred, right from our forests to rivers. There used to be heavy penalty if you cut trees, or dirty the natural water resources. People used to be concerned about over-exploitation of their natural resources, they didn’t chop the trees blindly but invested in growing beneficial and local breeds. We at this moment are enjoying the benefits of their vision.
The food which was grown locally was highly nutritious and it offered a healthier lifestyle to them.
The way people used to build houses were much more eco-friendly and weather proof. Lot of them were even earthquake resistant!!
Renewable sources were used wherever possible, right from windmills to Gharats
The more you reflect and rediscover your roots, the more you will realize that instead of investing heavily to invent expensive solution of current problems, we can just modify and reuse solutions which were prevalent in pre-industrialization era.

Through TEDxDharamsala, we would like to share some of these solutions, from local people who are making a difference through their actions.

Prof N.K.Singh had been a Management Advisor with UNDP Headquarters in New York and studied key issues in performance, including human resource development and institutional effectiveness in the Sub-Saharan countries. A report on Human Resources and Institutional development was prepared by him along with a team of Consultants from other UN agencies and has been published by UNDP. Earlier, as Management Advisor with International Civil Aviation organization (ICAO), he did research and consultancy during 1989-91 for the governments of Tanzania, Ethiopia and Malawi, besides work at ICAO Headquarters, Montreal. On UNDP project, he developed two management courses and taught MBA students at Bishkek International Business School, Kyrgyzstan. Prior to 1981, he worked in the public sector steel industry (SAIL) for two decades and was actively associated with productivity and management movement. He was Chairman, Management Development Institute and Professor of organizational Behavior (1985-86). He was Chairman, International Airports Authority of India (IAAI) from 1986 to 1989 and member of the board of Air India and Indian Airlines. He is founder and former President of Foundation for Organisational research and Education (FORE), and its School of Management in Delhi. He also headed the Planning Commission of India's Task force on 'Self managed institutions for Integrated Development' in 1992. He was part-time Chairman, National Shipping Board, Ministry of Surface Transport (1992-97). He was conferred Honorary Professorship by Morton Institute of Management, Brisbane, Australia. He had been Member of the Board and Professor at Brussels School of Management, Brussels for masters in Cross- cultural management. He is an author of 12 books on management, three poetry books and an organizational novel, besides a number of research papers.

Saroj Thakur (1956) was born in Shimla. It was a period when Shimla abound in people having lived under the Raj had numerous stories to tell about the British Raj and its power over the natives. It was later while studying topic related to the Mahabharata for her Doctorate that she realized that our own epics abound in stories of power relations and power structures. This way of life has infiltrated to all levels of society and injustice to lesser privileged has become a common occurrence. The lesser known women characters of the Mahabharata who were denied any voice in the Mahabharata by Vyas have become her focus of attention. A fellow at IIAS Shimla (2009-2010), she is working on her project on Hidimba to give voice to her silence and through her to many women who are relegated backstage as their voice never finds a right platform. She has been teaching at National Institute of Technology since last 26 years. Presently Saroj Thakur lives in Hamirpur, Himachal Pradesh. She is also an avid blogger and writes about wide and varied issues which matter the most to her.. Check how she writes straight from the heart at

A young artist from Tibetan Institute of Performing Arts, who made a Tibetan opera instrument using a paint container, when he was young, and joined TIPA to be part of its mission to preserve and promote the disappearing Tibetan traditional arts.

Sandhya Gupta is the Director of Sambhaavnaa - Institute of Public Policy & Politics near Palampur in Himachal. Before heading the institute, she was working as a technologist in a semiconductor manufacturing company for several years. She has a PhD in Semiconductor Physics from Iowa State University, IA, USA. Her involvement with the community and the desire to serve led her to another Masters in Public Affair from Humphrey Institute, University of Minnesota, MN, USA. As a Rotarian, she and her husband have been involved with the issues of clean water, health and education in marginalized communities in Himachal and Bihar. She works with the local village community of Kandbari and surrounding area near Palampur, to making learning a joyful experience. Together with her husband, she has opened a children's library in the local village school and is in the process of opening several more libraries in the area. She has led projects to provide remote Dalit villages of Bihar with clean water and primary health care. She currently leads a project to provide education to Dalit girls in these villages. She lives in a village near Palampur and loves to cook, bird-watch and dance with her 9yr old daughter!

Tenzin Tsundue is a poet, writer and Tibetan activist. He won the first-ever Outlook-Picador Award for Non-Fiction in 2001. Author of four books, his writings have been translated into several languages and anthologised nationally and internationally. Studied literature and philosophy in Bombay University he has been living as an activist in the Nonviolent Tibetan freedom struggle for the past 19 years. 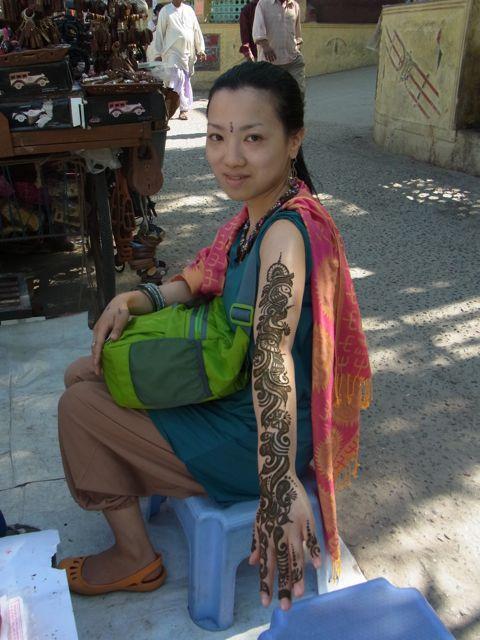