Mukul Pal, Co-Founder, Orpheus Capitals is a Chartered Market Technician, MBA Finance. Orpheus Research is registered with Integrity Research Associates, New York as an independent research company. He is a member of the Market Technicians association. He has more than a decade of Capital Market experience dealing with derivatives and global assets. He has worked for Bombay Stock Exchange, multinational Banks and brokerage houses in leading research positions before starting on his own in 2005. He is also an authorized investment consultant by the CNVM (Romanian Capital Market Regulator). Mukul has actively researched on ‘Time’ and has written some seminal papers on the mathematical hierarchy of time. His first paper on performance cycles was published in the Kyoto Economics Journal in Mar 2009. Recently his paper on Time Fractals was accepted by the ERN History of Economics Journal and Capital Markets Market Microstructure eJournal (SSRN Economics Research Network). Time Fractals attempt to explain the exponentiality in nature and markets. The subject has wide application even outside capital markets.

Mihaela Panaite was born in Bacau and she moved to Cluj 8 years ago. She is a stage manager, director at Sala Mica, the first independent theater from Cluj within the Independent Cultural Center, "Fabrica de Pensule". She graduated in opera stage management at “Gheorghe Dima” Music Academy, Cluj-Napoca. She first directed a puppet show, in an unconventional space…a dental surgery. Her last directed play was “Scaunele”(Chairs) by Eugene Ionesco, produced precisely in a chairs factory, with the raw materials, the assemblies and the equipment as scenery and the factory workers – the actors, all of these emphasizing the predilection and the unconventional.

Manager of Arxia and co-founder of PlanningWiz, Daniel Homorodean combines the work in the software industry with the passion for travel. His deep believe is that the exploration is the key to wisdom, that discovering different places, cultures and people becomes a way to discover oneself and to determine the role that each of us has in the great universe of the humanity. After traveling in 35 countries so far, Daniel consider that the exploration starts from within and that the most praised collection that one can achieve is of experiences and of meaningful stories, and the most valuable possession is the knowledge, which helps each of us to determine the ways he can be a part in the evolution of the world. He shares his travel stories on www.olumemare.ro

Sergiu Biris is the CEO at Trilulilu, the biggest online user generated content community in Romania. He graduated Management at the European Studies in Cluj-Napoca, followed by a Masters degree in Advertising at the Faculty of Politics, Administrative and Communication Cluj-Napoca.Together with Andrei Dunca, he co-founded LiveRail, a company currently developing technology for video advertising on the Internet. In 2008, 2009 and 2010 Sergiu Biris was featured in the "1000 most important people business " magazine, edited by Ziarul Financiar, being the youngest manager in the first edition.

Andrei Gheorghe is a well-known radio and TV host and producer from Romania. He wrote for “Academia Cațavencu” and for the 24-FUN national guide. He published the volume “Midnight Killer-Banalitatea s-a nascut la oras” at Polirom publishing house. He was the managing director of PRO FM Bucharest, programs director of the Media Pro trust, marketing consultant at Antena 1 Bucharest TV channel. Since October 2010 he has been running a TV show, called “Poker Club” on Prima TV channel and he will also participate in TEDxCluj conference in order to hold a speech on Marxism in a changing context.

For the past 18 years, Mihaela Rus has been the CEO of Vitrina Advertising, the most prestigious full-service advertising agency outside Bucharest with its headquarters in Cluj, and starting with 1997, with a business branch in Bucharest. A true advertising pioneer, Mihaela Rus knew how to build a strong and a dedicated team of professionals around her, dedication proven by the company’s constant leading position in the „50 Best Places to Work in Romania”, study issued yearly by Capital Magazine in partnership with GFK Research Institute. The awards shown in the company's show window are but a proof of the agency's professionalism, the most recent one being the prestigious ADOR 2010 Packaging Design Award.

Cristian is more known for the somber serie of portraits taken of Romanian children suffering from cancer. In 2005, while visiting Marie Curie, a children’s hospital in Bucharest, Cristian was moved to his very soul by the suffering he witnessed there. He wanted to use the power of photography to help the children afflicted with cancer. After working a couple of years on this project, he started a photo exhibition that would raise money to support early cancer treatment for the children. Two years later, he organized a campaign simultaneously launched in Bucharest and Paris. Approximately 3,2 million Euros have been raised. The funds benefited the Marie Curie Hospital, just as Cristian had initially hoped. “Unfinished dreams” became one of the catalysts of Cristian Movila’s portfolio. In recognition of his comprehensive approach to promoting human rights and his persistent courage in fighting for freedom over the years, Cristian’s work appeared in international magazines, such as The New York Times, MSF, Time Magazine, UNICEF or Newsweek, taking him throughout the Afghanistan, Pakistan, Georgia, Iran and more..

Serial Social Entrepreneur and overall Change Maker at heart who loves a challenge and new opportunities to contribute to make this world a better place. Currently running an exciting mobile start-up based out of Toronto (Fluid Trends) but with a development branch in Cluj-Napoca, Romania, having fun creating mobile apps and mobilizing brands worldwide. Also co-founded another Toronto-based mobile startup called Five Mobile, with four good friends, which went on to become a huge success due in large part to his better 4 fifths.

Cor Geertsma, CEO at ISDC Holding, a Romanian-Dutch enterprise and an important supplier of solutions and software services in Cluj. He came in Romania at the beginnings of the ‘90s, as a participant in a project for the specialization of the managers and entrepreneurs from the former communist countries, and now, the city of Cluj has become his “home”.” Entrepreneurial spirit and nearshore pioneer, having rich expertise in general management, change management, and management consultancy, Cor is the co-founder of ISDC and founder of the Dutch Business Club in Cluj, representing Dutch entrepreneurs in Romanian and Dutch networks.He is affirming that: “The biggest drive behind a strategy is the adventure and the challenge to change.”

Serial Social Entrepreneur and overall Change Maker at heart who loves a challenge and new opportunities to contribute to make this world a better place. Currently running an exciting mobile start-up based out of Toronto (Fluid Trends) but with a development branch in Cluj-Napoca, Romania, having fun creating mobile apps and mobilizing brands worldwide. Also co-founded another Toronto-based mobile startup called Five Mobile, with four good friends, which went on to become a huge success due in large part to his better 4 fifths.

Wargha Enayati was born in 1964 in Germany to an Iranian family. He came to Romania in 1983, at the height of the communist regime, after starting his medical studies at the University of Regensburg. He was attracted by the life and activity of Queen Marie of Romania. He spent his first year studying the Romanian language in Suceava, followed by several years of medical studies in Cluj. After the 1989 revolution Dr. Enayati was one of the few Germans who chose to complete his university studies here and remain in Romania, moving to Bucharest to specialize in cardiology at Fundeni Hospital. Dr. Enayati is the physician of the German Embassy and the Lufthansa airline in Bucharest. In 1995 he founded Centrul Medical Unirea, currently one of the top providers of private medical services in Romania and leader on the corporate subscription market. In 2009 the private equity fund Advent International became the company's majority shareholder.

Dragos Cirneci has majored in Behavioral Neurosciences applied in neuromarketing, neuroeconomy, health and in the evaluation of management abilities. He has a very strong experience, having worked for more than fourteen years both in applied research and in consultancy, for different public and private organizations (The Social Sciences Institute of the Romanian Academy, “Babes-Bolyai” University, the Department of Brain Physiology from The Institute of Normal and Pathological Physiology in Bratislava, The Science Academy in Slovakia). He has Master’s Degree and PhD in Psychology/Neurosciences at “Babes-Bolyai” University and and he conducted researches in collaboration with Sakler Institute and Cornwall University. 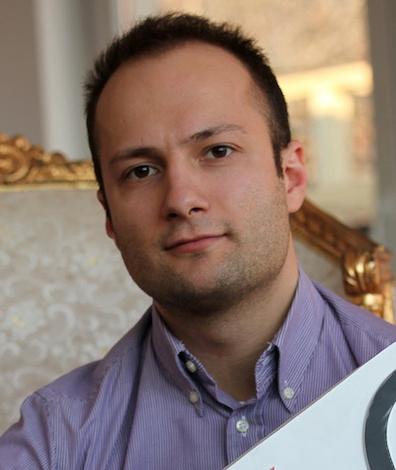