TEDxParramatta is an opportunity for Western Sydney to showcase the diversity of ideas and talent represented in this region.

The theme Beginning Becoming Beyond represents a story in progress. Our aim is to find those stories from Western Sydney that highlight the constant evolution of the region.

There is heritage and history in Western Sydney, many firsts, changes and innovations. The city has seen massive changes in technology, education and culture, and is home to organisations and individuals who continue that tradition of renewal for Western Sydney and its diverse communities.

There has also been incredible growth in the medical practice and technology sector in the suburbs around Parramatta and north-west Sydney. There is a lot going on and we want to take a snapshot that represents the diversity of ideas that are important to the future of the city.

Founder of Team 9Lives and devoted practitioner to Parkour and Free Running since age 16 and Martial Arts since age 12. He is self taught in Parkour and Filmmaking, his two main forms of expression. Ali Kadhim reveals the importance of self-belief, trusting in our ability to make change, and the principles of viewing obstacles as opportunities through understanding the Art of Parkour.

Christian Tancred is a producer and project manager specialising in Community and Cultural Development. After a stint in the Australian film industry Christian pursued his passion of democratisation of media and assisting other to tell stories through participatory video and Community Cultural Development projects. Christian Tancred will explore how digital arts can provide the opportunity for sharing stories to achieve narcissism for positive effect.

Gilbert Mane is the Headmaster of John Colet School, a primary school in Belrose. He practised as a solicitor from 1980, until he became Headmaster in 1989. He has had a lifelong interest history, public affairs and both Eastern and Western philosophy, particularly those involving practical methods of inner stillness and meditation. He is presently working on his first novel, and practising ballroom dancing with enthusiasm. He is married and lives in the Northern Beaches of Sydney. Gilbert Mane’s idea is to immerse children in the best and finest ideas from a range of different traditions and cultures to show them pathways to making their ideas live, and make their own contribution to this rich human archive.

Heather Chaffey is the Community Engagement Officer within Penrith City Councils Neighbourhood Renewal Program and is currently coordinating this program. Heather has worked in youth services and community development across western Sydney for around 10 years. Having grown up in Mt Druitt and the Blue Mountains in western Sydney Heather is passionate about the region. Heather is very interested in exploring how place informs culture and identity. Meaningful community participation in neighbourhood renewal through creative programs excite and energise her. Heather will share ideas of place, identity, culture, and renewal through discoveries she made within the Penrith Neighbourhood Renewal Program.

L-FRESH The LION is a 23-year-old Hip Hop artist and producer. He has spent the past 4 years working with young people in Sydney’s South West; using music as a tool to connect young people with their own inner visions. Whilst establishing himself as a professional musician, he also remained connected to the local community by running creative arts based leadership programs. It is within the community that he discovered music and Hip Hop’s greatest purpose. L-FRESH The LION will talk about how he used Hip Hop to discover his vision and connect with his inner humanity, and how he shares his lessons with others.

Leo Tanoi is a Pacific Islander of Samoan Heritage. Leo is the Creative Producer for Pacific Programs at Casula Powerhouse Arts Centre. In the last two decades Leo has been involved in Pacific community arts projects as a Producer, project manager and co-ordinator. Leo has been involved in the Pacific Wave Festival as a member of the advisory and curatorial committees through out the years. Leo is also a artists, performer writer, broadcaster and community worker and consultant. Leo is also currently the Pacific arts officer for the NSW Council for Pacific Communities and is also the current Community liaison officer for the Australia Association for the Advancement of Pacific Studies. Leo is a active as a member of the Samoa Council Sydney.

Paula Abood is a community cultural development practitioner, filmmaker, writer and educator. She has worked with diverse communities in capacity building projects for 24 years. Her community productions include Parenting Stories (2010), Hurriya and her Sisters (2009), The Book of African Australian Stories (2006), Poetry on Rooftops (2006), The Book of the Living (2006) and Bread and Other Stories (2002). She was the 2007 recipient of a Western Sydney Artists’ Fellowship for the blogging project Race and the City. She has a doctorate in critical and creative writing (2007 UNSW). She is currently teaching on a Certificate IV in Community Cultural Development at Ultimo College in Sydney. Paula Abood will discuss the importance storytelling in developing confidence empathy and building communities.

Safdar Ahmed is a Sydney based artist, academic and founding member of The Refugee Art Project. With this organization he conducts art classes for asylum seekers in Australian detention centers and then curates their work for public exhibitions. The group’s purpose is to enable detainees to express themselves through the medium of art and to convey something of their experiences to the broader Australian community. By educating the public about the plight of refugees in Australian detention centers, the project demonstrates the power of art to subvert negative misconceptions and promote moral understanding. Safdar Ahmed will discuss his work with the The Refugee Art Project, which demonstrates the power of art to ignite moral feeling and to initiate social change.

Thelma Thomas aka MC Trey is a Fijian-Australian hip-hop soul artist who writes, rhymes and sings about life, love and her experiences. She has released three solo and one collaborative album, Trey has supported and performed alongside Common, Lupe Fiasco, The Fugees, Naughty by Nature, Run DMC, Michael Franti, Che Fu, Scribe, RZA, XZIBIT, JURASSIC5 and more. She has performed in the US, UK and across the Pacific. MC Trey is also an experienced cultural worker facilitating a range of urban music projects and coordinating festivals across Western Sydney that engage young people and create opportunities for dialogue, showcase and exchange. Trey and Leo will share their idea that there’s ‘room for all of us’. In Western Sydney there’s a thriving exploration and celebration of Pacific Island culture both as a link to cultural identity within our multicultural landscape and also as a tool for assisting young people, communities and artists in forging their own identities and practices.

Ben Hoh is Creative Director at Digital Eskimo, a user centred design agency. He has also engaged in social movement activism, run community arts projects with emerging communities in Western Sydney and pursued academic research in Cultural Studies. All of these things highlight a common passion: an interest in the different ways we can tell stories.

Kon brings 21 years of professional sector experience to his present role as the Director of the Australian Centre for Photography. His recent achievements include his tenure as Director of Visual Arts at the Australia Council for the Arts. The founding Curator of the Casula Powerhouse Arts Centre and Liverpool Regional Museum, Kon eventually became the Casula Powerhouse's Director, initiating and overseeing its capital redevelopment and rebranding to its present form. Prior to this, Kon was Director at Street Level Gallery, an artists run initiative in Blacktown. He was a Council member of the University of Western Sydney Regional Council, a Council member of the Federation of Ethnic Communities' Council of Australia’s Heritage Committee and a member of Kultour Network from 2004 to 2007. Between 1999 to 2003 he was Chair of the Community Cultural Development Committee for the NSW Ministry for the Arts and sat on the Arts Advisory Committee for the NSW Ministry for the Arts. In October 2004, Kon Gouriotis was awarded an OAM for services to the Arts in Western Sydney.

Ross Gibson is Professor of Contemporary Arts at the University of Sydney. In previous jobs was Creative Director for the establishment of the Australian Centre for the Moving Image on Federation Square in Melbourne, and prior to that he was a Consultant Producer during the inauguration and early years of the Museum of Sydney. In his research he makes books, films and art installations and he encourages postgraduate students in similar pursuits. His work spans several media and disciplines. Recent projects include the books 26 Views of the Starburst World (2012) andThe Summer Exercises (2009), the video installation Street X-Rays (2005 - continuing), and the minimalist, photographic poem, 'Accident Music' which emerges weekly in a blog published by the Justice & Police Museum in Sydney (2010 -- continuing). 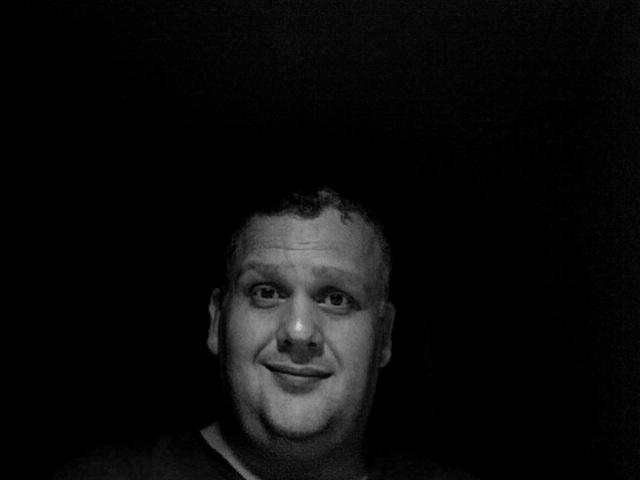