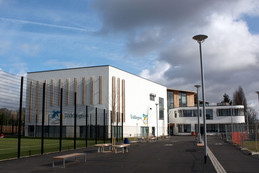 TEDxTeddington was a celebration of science, art, music and humanity. The twelve speakers included scientists from the National Physical Laboratory; an Emmy Award winning film maker; Teddington staff; and exceptional students past and present. The event was sold out, and the attendees were simply astonished by what was presented on the night.

The past student speakers included Hannah Simpson, Charlotte Stevens and Suzie Wright. Current students included Hester Folley, Arthur Vie, and Talor Hanson. Talks ranged from personal stories with musical performances; to the visualization of time through photography; to live drawing of anime characters. The conference was honoured to have talks by world experts from the National Physical Laboratory Andrew Hanson (on the science of colour), and Michael De Podesta (on making the world’s most accurate thermometer) as well as breathtakingly beautiful videos from film maker David Baillie’s work in Antarctica for the series Frozen Planet currently airing on the BBC

Months in the planning, the event was organized by Teddington School not only as a hugely entertaining and educational event, but as an opportunity to coach and mentor students so that they could speak and perform on equal footing with world class speakers on an adult stage. TEDxTeddington represents the original educational thinking and high ambition of the school that has accompanied its move into its spectacular new building in September 2010.