Theme: The Next Generation 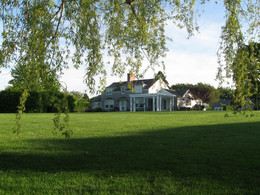 About TED
TED is a nonprofit organization devoted to Ideas Worth Spreading. Started as a four-day conference in California 25 years ago, TED has grown to support those world-changing ideas with multiple initiatives. The annual TED Conference invites the world's leading thinkers and doers to speak for 18 minutes. Their talks are then made available, free, at TED.com. TED speakers have included Bill Gates, Al Gore, Jane Goodall, Elizabeth Gilbert, Sir Richard Branson, Nandan Nilekani, Philippe Starck, Ngozi Okonjo-Iweala, Isabel Allende and UK Prime Minister Gordon Brown. The annual TED Conference takes place in Long Beach, California, with simulcast in Palm Springs; TEDGlobal is held each year in Oxford, UK. TED's media initiatives include TED.com, where new TEDTalks are posted daily, and the Open Translation Project, which provides subtitles and interactive transcripts as well as the ability for any TEDTalk to be translated by volunteers worldwide. TED has established the annual TED Prize, where exceptional individuals with a wish to change the world are given the opportunity to put their wishes into action; TEDx, which offers individuals or groups a way to organize local, independent TED-like events around the world; and the TEDFellows program, helping world-changing innovators from around the globe to become part of the TED community and, with its help, amplify the impact of their remarkable projects and activities.

TED2011, "The Rediscovery of Wonder," will be held February 28-March 4, 2011, in Long Beach, California, with the TEDActive simulcast in Palm Springs, California.

is the Academic Director of the Hannah Arendt Center for Politics and the Humanities and Associate Professor of Politics, Philosophy, and Human Rights at Bard College.

quit their well-paying jobs during the recession in 2009 to live their dream and start Holstee. a lifestyle brand for mindful consumers. Before Holstee the brothers founded Incubaker, a social innovation think tank

is a Danish Fulbright Scholar who has organized a nuclear disarmament conference in Japan, taught graduate courses and conducted field research in the conflict zone of Mindanao, Philippines on the role of the United Nations.

is an accomplished artist, thinker and practitioner of Classical Five Element Acupuncture. He has studied and traveled extensively in pursuit of an understanding of health.

is an artist and designer who has opened a pie shop in rural and divided Alabama, designed a new typology of street tents and launched a graduate program in Saudi Arabia.

is a photographer, professor and critic whose work and teachings have spanned the world and the decades.

is a Swiss made entrepreneur in NYC who spends all his money on food and travel. He loves ideas and people, that's why he founded Sandbox, the leading global community for the most extraordinary young achievers.

is a teacher, translator and author. His latest work uses modern linguistics to better understand the Bible.

is the Finance, Entrepreneurship and Economics Chair at Singularity University, as well as an Inc 500 CEO, 'super angel' startup investor and serial entrepreneur. He is the proud father of the organizer of TEDxEastHampton