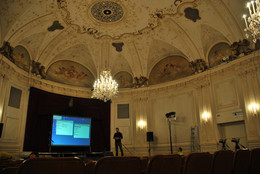 mediocracy is everywhere, it surrounds us. Its one of the themes where you - getting deeper into it - quickly recognize, how big it is and how much it affects us. Mediocracy must not be a bad thing. One of our talks even stressed the fact that people are afraid of being mediocre and why they should not be. We have listened to an 87yrs old man who has decided to change is nutrition plan and a 34 yrs young man who has earned unbelievable money with raising companies to success and selling them. A virtous pianist removed all dissonances from a Mozart piece to leave us with something boring and inharmonic. mediocracy is good. mediocracy is bad. we need mediocracy and we shall fight it. what a powerful topic!

He received his master degree in computersScience and economics at the University of Vienna where he also studied political science, systems theory, cybernetics, biology, philosophy and artificial intelligence. Since 1976 Prince Alfred is Chairman, CEO and board member in different companies in the field of engineering, investment, trading, banking and consulting. He is also actively involved in various nonprofit organisations, among others, as president and co-founder of the Vienna Academy for the Study of the Future, chairman of the Society of Founders of the International Peace University, board member of Search for Common Ground, member of the Honorary Board of the UN-Global Youth Forum, member of the International Academy of Science and Fellow of the World Academy of Art and Science. He published the books 'Management by Evolution' and 'Internet, the Public and Democracy' and received the International Albert Schweitzer Humanitarian Award in 1990 in New York.

Europeans larges producer of meat ("Herta") has changed his life and became one of the pioneers in ecological production of food.

Gerti Senger is austrians pioneer in modern partnership-therapy. She has brought "imago" therapy to austria and has written more than 19 books that have been translated into 10 languages.

Born and grown up in Vienna, Markus has begun his carreer in the mobile and internetbusiness. He is member of the founding team of wap.at (2000) and initiated a strategic cooperation with Verisign who bought this company in 2006. Today the vp of verisign works in Vienna and New York where he works with several mediahouses like NBC, CBS, FOX and ClearChannel. Markus is the founder of i5invest, an investmentcompany with focus on new ventures and creative business concepts like 123people.com and leads them to sucess.

Dietmar has been a creative mastermind of many advertising campaigns from New York to Floridsdorf. He co-owns a new media advertising agency, lectures advertising at Europes most successful film school (Filmakademie Baden-W

Raised in pennsylvania with absolutely no connection to classical music, Albert started to play the piano in the age of 17 yrs. He seemed to have a talent, after 4 years of learning lessons, he won the "pennsylvania music teachers association collegiate artist competition" and the "penn state universitys concerto competition" Albert is the first pianist that won the Fulbright Stipendium and played in VIenna on the vienna conservatorium.

ian Hemmert thinks hard about communicating information in non-visual ways -- through weight, shape, touch, movement. His recent explorations into shape-shifting cell phones are part of a long career of thinking beyond the touchscreen. Along with his shape-shifting mobile phones, his newest work explores haptic feedback in pens. He's a design researcher at Deutsche Telekom Laboratories and is working on his PhD in Berlin. His master's thesis is an elegant exploration of the non-visual -- exploring the surprising effects of closing one's eyes during a movie or a first-person shooter game.

Andreas Salcher earned a PhD in business administration at the University for Business Administration in Vienna, completed an Executive Program at Harvard University and visited numerous Tibetan monasteries. He aims to conflate mankind's ancient teachings of wisdom and the most advanced management concepts. For many years, he has developed exceptional conferences, workshops, and seminars for international companies with his consulting company. His innovative concepts make him a sought-after speaker at management conferences in Europe and the U.S. Top politicians and managers seek his advice as a personal coach. Dr. Salcher, who has always been involved in politics, too, began his career as the Chairman of the Youth Wing of the Vienna 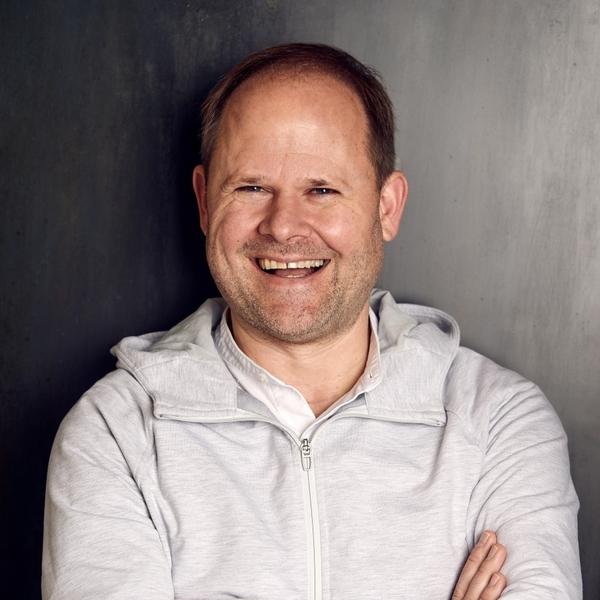