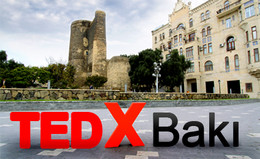 Inspired by TEDWomen we decided the second TEDxBakı to mostly cover the women issues. Women of Azerbaijan nominally enjoy the same legal rights as men, including the right to participate in all aspects of economic and social life. However, representation of women is sharply lower in higher levels of the work force. There are few women in executive positions in leading economic enterprises. The aim of the event is to reveal the shareable ideas of and about their moral values, domestic abilities, intelligence, beauty and strength.

Mugham vocals (Azerbaijan) Fargana Qasimova, Alim Qasimov's daughter and student, is an accomplished mugham singer. She studied mugham at the Azerbaijan National Conservatory (1996-2000). Her father has always been the major influence in her life and career. Qasimova grew up with sounds of mugham and verses from the classical poetry of Azerbaijan; since the age of four, she often performed along with her father at home. In 1995, at the age of sixteen, Qasimova joined Qasimov on his concert tour to Germany for the first time. Since then, she has been performing frequently with Qasimov both in Azerbaijan, on the country’s most prestigious music stages such as the Heydar Aliyev Palace and the Azerbaijan Philharmonic Hall, and internationally. Qasimova's performances at various concerts and festivals in Sweden, Japan, France, Austria, Belgium, England, Italy and Poland earned her a reputation of a master of mugham. In 1999, Love's Deep Ocean, a CD featuring Qasimov and Qasimova, was released by Network Medien in Frankfurt, Germany. In 2002 at the Women's Voices Festival in Belgium, Qasimova made her first appearance as a soloist. She performs with the Silk Road Ensemble and has been featured in the 53-minute-long documentary Meditation Day, produced in Belgium in 2006. was never any question about my being given to a teacher,” Fargana recalled. “Music was always just a part of everyday life - I sang with my father for fun, and it was only when I was around seventeen years old that I seriously understood that I’d be a musician.”

Sarah Hennessey joined IREX in May 2007. She was a program officer for the Edmund S. Muskie graduate fellowship program before moving to IREX-Azerbaijan where she is the country director and education programs manager. She earned her BS in science, technology and culture from Georgia Tech and her MA in international education from The George Washington University. Before joining IREX, she taught English in Croatia; worked as a case manager and volunteer coordinator for a refugee resettlement agency in Atlanta, Georgia; helped to develop a training curriculum for teachers in Kenya; and coordinated a visiting scholar program at The George Washington University.

Deputy Head, Department of Education, Science, Culture and Social Problems, Cabinet of Ministers. Ph. D. Head of Department of Gender and Applied Psychology, Baku State University. She Participation at many international conferences and international Seminars on Women’s Problems and Gender Issues. She is an author of tens of books and publications.

She studied International Relations in Baku State University (MA) and Peace and Conflict Transformation at European Peace University in Austria. She has pursued an MPP degree at University of MAryland College Park. He field of primary concern is democracy and democratization in post-Soviet Eastern Europe. 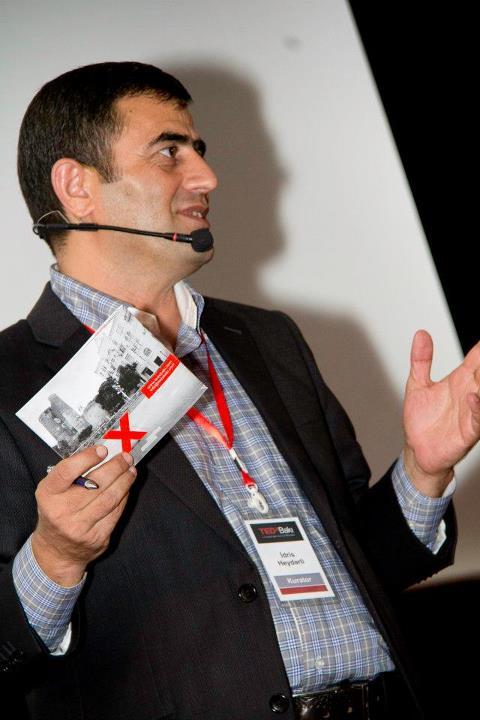