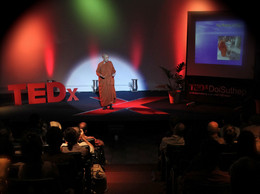 TEDxDoiSuthep is the first ever TEDx event to be held in Chiang Mai and one of only a handful of TEDx events to be held in Thailand to date. The theme of this year's event was 'Creativity & Collaboration' and we were thrilled by the fascinating mix of speakers who shared their ideas on this theme.

Jon is a farmer from northeastern Thailand. He founded the Pun Pun Center for Self-reliance, an organic farm outside Chiang Mai, with his wife Peggy Reents in 2003. Pun Pun doubles as a center for sustainable living and seed production, aiming to bring indigenous and rare seeds back into use. It regularly hosts training on simple techniques to live more sustainably. Outside of Pun Pun, Jon is a leader in bringing the natural building movement to Thailand, appearing as a spokesperson on dozens of publications and TV programs for the past 10 years. He continually strives to find easier ways for people to fulfill their basic needs.

One of 1000 women nominated for the Nobel Peace Award (2000), Ven. Dhammananda became the first female Buddhist monk in Theravada in Thailand. Better known in the world of academia as Dr. Chatsumarn Kabilsingh, she earned her Ph.D. in Buddhism from Magadh University in India, and then taught at Thammasat University in Bangkok, in the Department of Philosophy and Religion, for over 30 years. In the circle of Buddhist academics, she has focused on the empowerment of women. She walks with ease in her robe, sharing the international stage with both academics and activists. A firm believer that change comes about only from a change of the heart — rather than the head — Dhamananda seeks to bring about change by speaking from the heart.

Ryan Libre is an independent documentary photographer, filmmaker and photography educator. His images have been exhibited at over 20 solo exhibitions, winning the Nikon Inspiration Award in 2010. He has also received a grant from the Pulitzer Center. His major projects include photo documentaries of the Kachin Independence Army in Burma, and Daisetsuzan National Park, the largest national park in Japan. In 2008, Ryan founded Documentary Arts Asia (DAA) to promote photo culture, advance visual literacy, and support documentary artists in Asia. In February 2012, DAA will launch the Chiang Mai Documentary Arts Festival.

Chadwick Gray and Laura Spector (Chadwick & Spector), are award-winning collaborative visual artists who have been searching for lost and forgotten artwork in storage facilities of museums around the world for the past 20 years. They are both Fellows of the prestigious New York Foundation for the Arts, and have been short-listed in the top thirty artists working in Asia by The Sovereign Asian Art Award in both 2006 and 2008. Their work has been published in The Harvard Review, Ripley’s Believe It Or Not!, and in the book, The Real Real Thing: The Model in the Mirror of Art by Wendy Steiner. Currently, they are collaborating with musicians via the Internet, such as Anton Fig, drummer for Paul Shaffer and the CBS orchestra from the Late Show with David Letterman, to score time-lapse films of the process of their artwork.

Mohezin Tejani, an Indian-Shia Muslim by ancestry, is a political refugee from Idi Amin's Uganda and an award-winning writer. Liberated from the confines of his own culture by political realities, he set out at the age of twenty-one to learn how to be rooted in the absence of a place to call home. Over the next three decades on the road, he worked with humanitarian agencies, learned a slew of languages, became a cross-cultural trainer, an impromptu comedian, and a great campfire storyteller. Through his writings—a bhangra dance across time and space—he deftly explores both geographical and psychological displacement. Yet it is precisely through such disorientation and a host of intercultural encounters that he has come to value and share with others what it means to be a global nomad. Mo currently resides in Chiang Mai, Thailand.

James Robert Fuller is a British photojournalist based in Thailand. His work is focused on the long-term consequences of conflict and disaster, often examining the themes of home and dislocation. His ongoing projects document the resettlement of refugees from Burma to the United States, the armed opposition by ethnic groups to Burma's military regime, and the lives of Acehnese survivors of the 2004 tsunami. His images have been projected at the Visa Pour L'Image Photojournalism Festival and appeared in international publications such as The New York Times, Rolling Stone, Marie Claire and Paris Match. 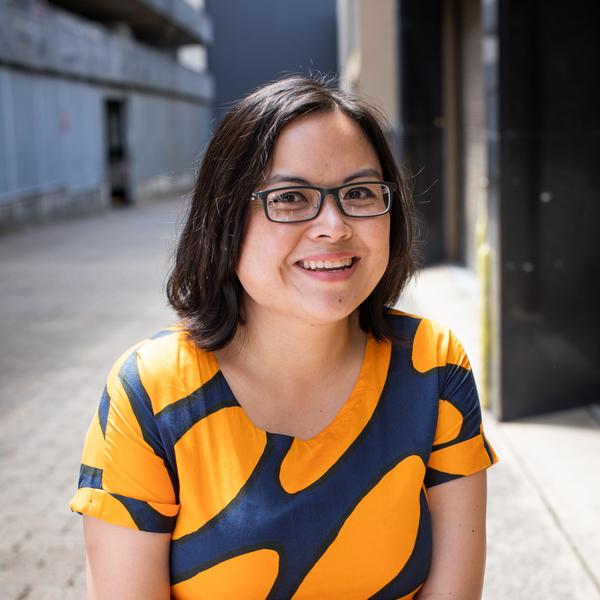