What would make a creative, cultural and artistic movement take place in the Arab world? What would be the pillars of this major change?
Speakers would present innovative ideas related to one of this topics (economy, art, education, medias, technology, justice, human rights...)

In charge of the datajournalism team within OWNI, Nicolas Kayser-Bril is a self-made journalist and developer (and also a graduate in Economics). After he met Nicolas Voisin in 2009, he joined OWNI, a lab in innovative journalism. There, he manages projects that associate journalists, developers and designers. Together with this mix of skills, they try to reinvent storytelling, online.

Fares is a 2010 World Yale Fellow. He is co founder of the Arab Policy Institute, a new think and action tank dedicated to developing policy solutions and reforms and supporting democratic change in the MENA region. Fares is a Tunisian entrepreneur. In 2009, he founded the first Tunisian company providing mobile financial services to unbanked population. Prior to that and for eight years he developed and managed a Tunisian private company offering logistic solutions for the oil industry. He conducted multi-country projects with offshore and onshore operations in Italy, Tunisia, Algeria and Libya. Before moving to private sector Fares served in the Tunisian Administration as member of the Cabinet of the Minister of Energy and Industry. Fares working Career began in New York in 1996 when he joined the Credit Lyonnais Bank as member of the research team. He received a MPA from the Harvard Kennedy School. Prior to HKS he Graduated in Economics and Statistics from the “Ecole Nationale de la Statistique et de l’Administration Economique”, Paris 1996 and obtained a “Maitrise” in Applied Mathematics, Magna Cum Laude, from the Pierre and Marie Curie University, Paris, 1993.

Aboubakr Jamaï is the founder and editor of the Moroccan weekly magazine Le Journal Hebdomadaire. Jamaï began his career in finance, co-founding Morocco's first independent investment bank in 1993. After two years advising international emerging market funds with holdings in North Africa, the company, Upline Securities, became the first Moroccan-based bank ever selected to manage a privatization project in Morocco. In 1996, M. Jamaï joined the Executive Secretariat of the Middle East and North Africa Economic Summit as a financial and economic adviser. This organization was set up by the sponsors of the Middle East peace process to foster economic cooperation in the region. He co-founded Le Journal and Assahifa in 1997 and 1998. Since 2008, he is visiting Scholar at the University of San Diego where he teaches courses on Political Islam and Politics in The Middle East. His articles were published in The New York Times, Time Magazine, El Pais, Le Monde, Le Monde Diplomatique. Aboubakr Jamaï won the Committee To Protect Journalists’ International Press Freedom Award in 2003. In January 2008, he won the first Newhouse School of communication at Syracuse University’s “Tully Center Free Speech Award”. In December 2010, he won the Gebran Tueni Award, the annual prize of the World Association of Newspapers and News Publishers (WAN-IFRA). Jamaï has been selected by the World Economic Forum as a Young Global Leader for 2005. He was a Yale World Fellow in 2004 at Yale University. He was a Nieman Fellow in 2007 at the Nieman Foundation for Journalism and a Mason Fellow in 2008 at Harvard University. M. Jamaï holds a Master of Business Administration from Oxford University’s Saïd Business School and a Master of Public Administration from Harvard Kennedy School.

Sami is a Tunsian entrepreneur and founder of two startups in the Silicon Valley that were both successfully acquired by Symantec Corp and BEA Systems (now part of Oracle). He is currently a Senior Director of Technology at eBay. He graduated from ENSI (Ecole Nationale des sciences de l'informatique) in 1988 with a Masters in CS and had a first career in France working for Winsoft, developer of Mac Software and then joined Apple Computer Europe and was in charge of the Mac Software Development in EMEA region. He then was relocated to Cupertino.CA, headquarter of Apple Computer to work on portions of the Mac Operating Systems. He founded his first startup in 1996 in Palo Alto,CA building one the first WYSIWYG HTML editors for Mac sold to Symantec Java division. In 2000 he founded M7 a middlware software company sold in 2005 to BEA Systems. Sami is a well known and respected Tunisian blogger since 2006 who stayed in touch with his country and is a champion of freedom of expression. He also created a Tunisian Twitter aggreagator site tnlabs.org that was one of the most popular destinations for Tunisians during the revolution.

Dr. Nagla Rizk is Associate Dean for Graduate Studies and Research and Associate Professor of Economics at the School of Business, the American University in Cairo (AUC). She is Founding Director of the Access to Knowledge for Development Center (A2K4D) at AUC and an affiliated fellow of the Information Society Project at Yale Law School. Her area of research is the economics of knowledge, information technology and development, with focus on business models in the digital economy, intellectual property and human development. Rizk is co-author of the first Arab Knowledge Report 2009, and co-editor and contributor to Access to Knowledge in Egypt: New Research on Intellectual Property, Innovation and Development (Bloomsbury Academic 2010). She is a founding member of the Access to Knowledge Global Academy in collaboration with partners from Brazil, China, India, South Africa and the United States.

TedGlobal Curator, European director of the TED Conferences Bruno Giussani is the European director of the TED Conferences and the Curator of TEDGlobal. As a member of TED's senior team, he participates in the definition of the organization's strategy and in the management of its initiatives. In the past he was a writer and columnist and an entrepreneur.

CIO and Open Source Advocate Graduated from the National Engineering School of Tunis in 1985, he worked as a study engineer at SONEDE (Tunisian National Company of Water Exploitation and Distribution). In 1989, he joined the Regional Institute of Computer Science and Telecommunications (IRSIT) as a research engineer, and then R&D project manager, and then director of the laboratory of spatial referenced information and decision support systems. In June 2000 he joined Tunisie Telecom for the position of Director of Organization and Information Systems. After a brief stint as head of a private company specializing in IT he integrated the CEPEX as a CIO. In February 2008, he joined the SOTETEL as CIO. In February 2010, he was recalled by SONEDE for the position of CIO, to date. During his career, Majed Khalfallah took a training at the United States organized by NASA and the USGS. In Tunisia, he took part in the work of the National Commission on Electronic Commerce, Committee of paperless paperwork prime ministry, and participated in the drafting group of the low on electronic trade and commerce. In civil society, Majed Khalfallah is General Secretary, founding member of the Tunisian Association of free softwares, support of several university clubs of free softwares and vice president and founding member of the African Association for Linux and open source softwares users. 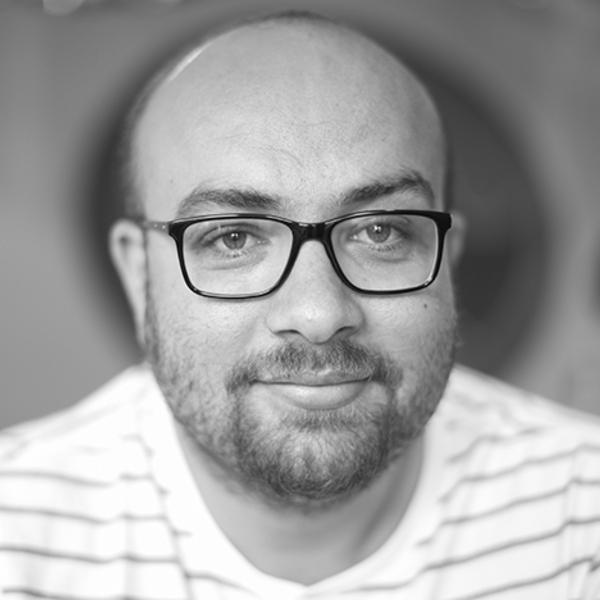