Theme: Be Water My Friend 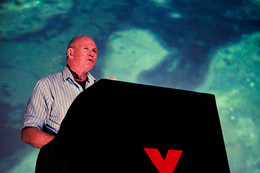 'Be Water My Friend' is a quote from Bruce Lee*. Making it work in life means give and take. Never giving up, but going with the flow; being adaptable. In celebration of Water, TEDxCapeTown takes its inspiration of technology, entertainment and design from water.

Water is the best tool to use in transformation, because it is part of everything that we do, it is so visible, and it has such positive power. It has the power to hydrate us and drown us, wash us and wash us away. We play in it, and cannot survive without it. Water is the most positive tool we have to make change.

Edwin schooled at Diocesan College (Bishops) in Cape Town, holds an MBA in strategy and Marketing and was nominated as a FutureWorld Guru by Deloitte. He has held various board positions including the American Chamber of Commerce, South African Contact Centre Community (now BPeSA), SAVANT, Foundation for the Development of Africa and the Creative Alliance Group. His industrious career includes several blue-chip organisations namely; Nampak (6 years), Unisys (5 years), Barclays and Absa (3 years).

Anthony Turton is a thought leader interested in solving seemingly intractible problems. He is the author of Shaking Hands with Billy and was the SAB Environmentalist of the Year (2010)

Michael has a passion for the ocean, and therefore holds a MSc in Ichthyology and Fisheries Science. While working for the Wildlife Conservation Society (WCS) Michael was in charge of all marine based expeditions. He developed the Moving Sushi Marine Resource Expedition as a means to discover inspiring people and global solutions to fisheries management and conservation.

Preven works for WESSA facilitating accredited environmental education courses nationally aimed at building environmental skills capacity in South Africa. He leads the River Project which seeks to engage communities all along SA's rivers in caring for our waterways.

Richard is an engineer by training, a consultant by profession and an ecologist at heart. In the real world he is employed by the WSP Group to offer design advice on green buildings and urban sustainability.

Justin is actively involved in renewable energy, since developing a wind turbine from scrap materials during his undergraduate engineering degree. He is now looking into uses of second life EV batteries to create an innovative system for sharing power in rural communities.

Joseph has over 12 years experience in the Software Industry. He specialises in open source software running on Linux and all flavours of UNIX, using languages such as C, PHP, Python and JAVA. Joseph's passion is to empower all of Africa's citizens through technology by training the next generation of young software and electronic engineers. Joseph is a true ambassador to social-entrepreneurs and is always willing to help others by passing on critical insight and learnings he has developed whilst pursuing his own innovations.

Peter sees green nanotechnology as the engine driving local innovation. As an Ideapreneur, he helps businesses like the design & architecture sector address the impact their creations and operations have on living standards and our environment.

Ricky is an Artist and Curator, and it is his intent to inspire through art. He is the Founder of /A WORD OF ART and Write on Africa. Ricky believes that life and art are about practice, learning from the world and mostly looking within and learning from yourself and humbling yourself to allow for growth.

Phindile is the Table Mountain Fund intern at WESSA and his work aims at encouraging young people from previously disadvantaged communities to take part in conservation. “I would like to share a youthful vision about the water crisis in South Africa

Lise is currently the energy writer at Financial Mail. She holds an Honours degree in Economics and believes that the key to solving the challenges facing the world is understanding economic history and the way the world has developed up to now.

Ntombiza was born in the Eastern Cape, matriculated in Buren High – Cape Town - and graduated from TSiBA in 2009. She is currently working as the Marketing Coordinator at TSiBA.

Bernelle is a Bioprocess Engineer and a Water Maverick. Her passion is water and social entrepreneurship, because water is the most positive tool we have to catalyse change. She believes an integrated approach to education, resource management and profitability is achievable.

Tony promotes the use of industrial hemp as a sustainable and eco-friendly solution. Hemp can provide jobs, housing, nutrition and much more while saving energy, trees, agro-chemicals, water and Earth.

Kershan Pancham is a Film Writer and Director, a Spiritual Healer, and serves as Chairperson for the Community of Mandela Rhodes Scholars. He is studying for his Masters in Philosophy at UCT and is dedicated to helping humanity heal.

Leigh (32) discovered her passion early in life. At 15 she founded her first NGO called Ýouth With Vision and at 25 she co-founded a not for profit business school for SA’s young leaders and entrepreneurs.

In previous lives, Theresa has waitressed in Cape Town, taught English in Vaduz, and been a sub-editor in Dubai. Now she's the managing editor of Free African Media in Johannesburg. She has the best job in the whole world.

Nathan is an emerging Social Entrepreneur and the HUB Cape Town host/manager. He is trained in best-practice Participatory Leadership methods and working with local-to-global networks of Social Change and Innovation.

Justin is for love of water: FLOW is a movement of people, organizations, Government depts, Corporates, Media, Educators and others linked through their shared commitment to instill a deeper appreciation, understanding and respect for water. The unifying message and commitment communicates an understanding; that in order to nurture the life that we are, as human beings and as shared custodians of planet Earth, need to live and act for love of water.

Growing up in the Middle East left an indelible impression on Simon and sparked a passionate interest in community development, entrepreneurship and technology. After completing a B.Eng in Media Technology in the Netherlands Simon worked for several prominent digital agencies before being appointed CTO of a promising internet startup in Amsterdam. In 2009 Simon moved to South Africa to focus on community development work through the use of technology to improve lives of the less privileged.

Ard Matthews is known as one of South Africa`s most prolific singer/songwriters and his charismatic stage performances and catchy, heartfelt lyrics have led the way to the phenomenal success of Just Jinjer, who are to date the best selling, most successful rock band in South Africa.

Claire founded and heads up biomimicrySA, and is a trainer for the International Biomimicry Professionals Program. She is also the co-creator of the Genius Lab, an organisation inspiring innovation for organisations and individuals.

Patrick is the co-founder of Cognician, an application that augments your thinking by guiding you through challenges with thought provoking questions. The app represents the best that he and his brother and business partner, Barry, have learned about how to put ideas in people's heads.

Craig Whyte has a long history of innovation and creativity at the forefront of the digital graphics industry. From pioneering colour copying in SA at the age of 21, he has since delivered several digital firsts for the country, a children’s TV series and digital jukeboxes. He now owns the ArtLab, which is at the very cutting edge of the industry, using the finest technology available to open new horizons in creative digital imaging, specialising in custom decor applications, photography and fine art - all produced using the best environmentally friendly technology.

Caron von Zeil, the founder and director of RECLAIM CAMISSA has a Master's degree in Environmental Planning and Landscape Architecture, from the University of Cape Town. She is a complexity thinker, systems designer, urbanist and an activist for the environment, social justice and peace. Reclaim Camissa is part of the World Design Capital 2014 bid.

Eran Eyal is a serial entrepreneur with a passion for innovation, design and technology. He has become better known for his position as co-founder of Springleap.com and evly.com.

With his passion and skill at making the unbelievable a reality within the confines of a cinematic and entertainment environment, Clinton Smith was born to become a maker of Character Fx. Founder of COSMESIS Advanced Prosthetics Studio , where they aim to not only do FX for the film & television industry, but also focus on medical prosthetics for disabled people that cannot afford these costly applications. 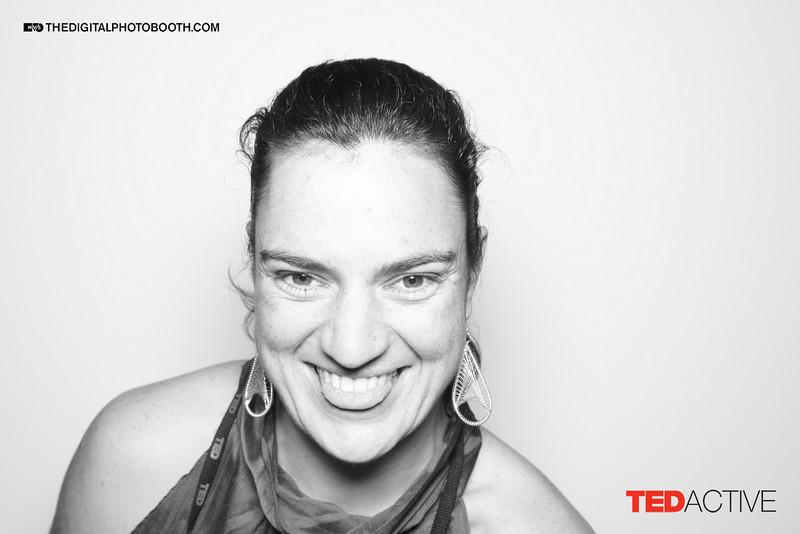