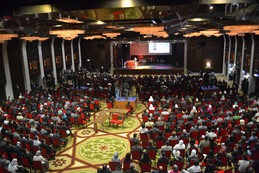 Manhal Al-Habbobi is an Iraqi architect who entwines ancient Mesopotamian art with modern concepts of architecture to create stunning designs. His rendering of the General Secretariat for the Council of Ministers in Baghdad was selected among the entries of over thirty world-renowned architects to win the WAN Award 2011. Manhal’s ambition is to transcend the consciousness of the observer in an effort to provide an altered state where one can truly listen to his majestic structures and hear the tales of thousands of years of Mesopotamian civilization.

Known as the Czar of Arabic song, Kadim Al-Sahir is one of the most acclaimed singers in the Arab world. Throughout his illustrious career, he has been an advocate for the youth of Iraq. Consequently, when UNICEF named Kadim Iraq’s Ambassador for Equity in 2011 to accelerate the development of a stable and prosperous Iraq, he immediately turned his attention to the future of the country: the vulnerable children. His ultimate mission is to ensure that each child has an equal opportunity to reach his or her full potential.

Naseer Shamma has achieved worldwide acclaim as a master of the Oud, a Middle Eastern musical string instrument. In an effort to internationalize the oud, he performs globally and has founded the first institute that is dedicated to teaching oud, the Arab Oud House, which has branches in different parts of the world. Naseer’s compositions blend the classic oud methods with modern sounds, while fusing Eastern and Western musical traditions. Some of his most heartfelt musical compositions were created when he sought to narrate the story of a broken Iraq.

Azzam Alwash is a visionary who has made it his life’s mission to restore the ancient marshlands of Iraq that embody not only a delicately balanced ecosystem but also a unique cultural heritage. A civil engineer with a deep, personal connection to the wetlands, Azzam and his wife, Suzie, founded the Eden Again project in an attempt to reverse what the United Nations has recognized as a major ecological and humanitarian disaster. Azzam is also the Founder of Nature Iraq, the country’s only environmental protection non-profit organization.

Ihsan Fethi has long been concerned with the destruction and deterioration of Iraq’s architectural heritage. With a degree in architecture and a PhD in urban conservation, Ihsan has written numerous papers and books on this topic, making his extensive knowledge and vast experience an invaluable resource to the movement of preservation and restoration of Iraq’s urban structural history. He works closely with various prominent organizations in this field, including the Getty Conservation Institute, the World Monument Fund, and the Iraq Council of Culture.

A native of southern Iraq, Suroor Yousif refuses to let blindness hinder his ability to undertake great feats in a war torn land. Suroor has received numerous honors and awards, eventually becoming the head of the southern division of The National Assembly of The Blind in Iraq. His primary focus remains on restoring hope to the lives of Iraqis who have lost their sight. Suroor also collaborates closely with the private and public sector to ensure that equal employment opportunities are afforded to those who are limited by blindness in a land where basic necessities are compromised due to violence and war

Mohamed Al-Daradji is the director of the critically acclaimed film, Son of Babylon. Funded in part by the Sundance Institute, and filmed on location in Iraq using non-professional actors, it was selected as Iraq’s entry for Foreign Language Film at the 83rd Academy Awards. Mohamed also directed Ahlaam, which he filmed in the chaotic period after the fall of Saddam Hussein. It gripped the hearts of thousands and won several international awards. Through his cinematography, Mohamed’s aspiration is to raise awareness of the personal story of Iraqis to international audiences as an alternative to the mainstream media.

Maysa Ibrahim, an Oxford graduate and solicitor, understands the importance of art in Iraq. In order to nurture Iraq’s most talented and to revive the art scene in the country, Maysa founded The Young Mesopotamians. Through this charity, she provides gifted individuals in Iraq with unmatched educational opportunities. Her mission is to allow the next generation of young Iraqi artists to reach their potential and become a source of inspiration throughout the Middle East and the world.

In his role as Executive Director and co-Founder of the Preemptive Love Coalition, Jeremy Courtney has helped fund lifesaving heart surgeries for 180 Iraqi children. His passion and love for the people of Iraq led him to move to Sulaimaniyah with his family and he is currently leading his organization in an effort to provide training for local pediatric cardiac doctors, nurses, and medical technicians across the country. His goal is to eliminate the backlog of Iraqi children waiting in line for heart surgery.

A plastic surgeon based in Baghdad, Dr. Ali Majid was profoundly affected by a medical case that left him perplexed as to how he can best assist the Iraqi people. Determined to make a positive contribution, his wide-reaching medical innovations and unrelenting efforts are truly changing the lives of those in need.

Inaam Jawad founded the Dina Lodging Institute that houses over sixty physically or mentally disabled children and adults. Dedicated to her mentally challenged daughter, the private institute is the only one of its kind in the entire region. Inaam’s incredible efforts and the inspiring results of the institute has garnered the widespread support of the President of Iraq, the United States and Australian forces, and volunteers from all over the country.

A writer by profession, Rawa Naimi found herself gravitating to art in the form of theater and cinema. Using her burgeoning passion in art, Rawa is now the President of Enki Organization for Arts, which provides education and support to vulnerable groups including Iraq’s numerous orphans, widows and those with special needs.

Not one to let hardship defeat his will, Wisam Al-Tuwaijri was determined to provide a support structure for his only daughter’s autism. Through his efforts in raising awareness and developing an Autism based school, he has instilled hope and a sense of normalcy to the lives of Iraq’s autistic children. 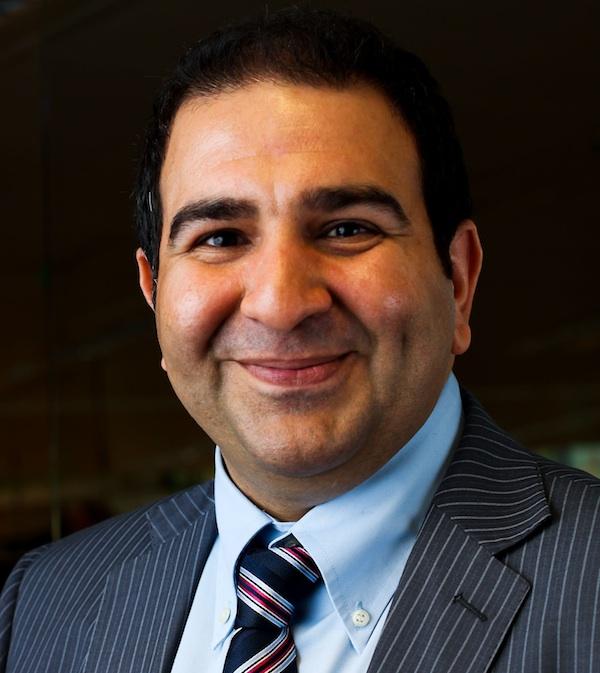