Theme: Voices that make a difference 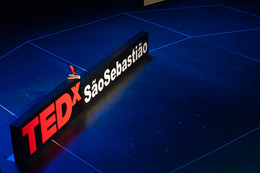 TEDxSãoSebastião aims to gather local residents to reflect and discuss ideas and actions that improve community life in order to expand the range of local development opportunities in the region. Speakers representing various fields of knowledge share their experiences and present views on issues that resonate with the region, following the traditional TEDx conference model.

Bia Machado is a researcher in education and education philosophy. Most of her research is about the “Enchanted Knowledge”, which is the knowledge produced by pre-desenchantment world societies, and above all, the confluence between the relgions (Judaism, Christianism and Islamism), present in many manifestations in medieval times. She is the founder of the Imagination University. Throughout her talk, she will bring a new perspective for education, pedagogical approaches and educational experiences.

Carlos Capitani is an infectologist and was the coordinator for the AIDS diagnosis and treatment center in the Health Ministery in Brasilia between 2000 and 2001. He works as an international consultant for the portuguese speaking countries in Africa - Sao Tome and Principe - together with Unicef. Throught his talk, he will tell a story about AIDS unfamiliar for many.

Juan Carri is a designer and semi-economist, but more than anything interested in making stuff happen. He loves music, sailing and innovative people and will speak about the human component in businesses.

Lucas Coelho is a geek, an entrepreneur, designer, musician and facilitator. He addresses the transformative potential of education when aligned with technology and design. Lucas has worked as a fundraiser, community manager, UX designer, innovation consultant and more in such organizations as AIESEC, 99Jobs, Sattva Media, Agência Com Criação and UnCollege. He is deeply interested in self-education, astrophysics, psychology, technology and infinite more topics and truly believes that the world would be a better place if people went after their dreams.

Mila é criadora do Milalá, uma plataforma online que analisa a acessibilidade de espaços para receber pessoas. Mila Guedes is the co-director of her company Mila Guedes Consulting, specialized in human diversity and inclusions in work environments. She addresses the same theme in her TEDx talk. Mila is the creator of Milalá, an online platform that covers a range of analyzing accessible places that are equipped to receive people with varying physical deficiencies. It’s a platform designed to inform, stimulate and encourage everyone to move around, travel and fully participate in everyday life.

Patricia Palumbo is a journalist specialized in radio, music and environment. She hosts several radio and tv shows such as Vozes do Brasil and Hora do Rush. Hora do Rush was a pioneer show on city traffic conditions by helicopter and bike in Sao Paulo. Também lançou os livros Vozes do Brasil vol. 1 and 2 with interviews with Cassia Eller, Luiz Melodia and Itamar Assumpção. In this talk, Patricia will speak about the role of communication as a transformation tool and how a life close to nature can be motivational.

Sandra Chemin discusses Global Citizens, new ways of connecting, collboration and existing in a world without borders. Sandra showed her status as an internet pioneer in Brazil when she founded Hipermidia, one of the first digital agencies in the country during a time when the internet only operated within universities. She then gave up everything to live on a sailboat with her husband and daughters. For the past decade, Sandra has been experimenting with new forms of felixible and collaborative work. Today, she lives in New Zealand and makes up part of the Enspiral team, a network of more than 300 entrepreneurs spread across the world.

A Design thinker by profession, Thiago Gringon is a magician of the imaginary. He discusses creativity and human development. Thiago wants to show the extent of creativity’s inluence on human development. How does our education and the environment in which we live have the power to ignite or inhibit our creative potential? How do stories/games strengthen our creative consciousness in order to create what we imagine? Gringon incites people to express their creative potential and to build an environment that stimulates creativity.

Wagner Bornal graduated in History and has PhD in Archeology. He works with cultural heritage and archeology since 1989 and is the diretor of Origem Arqueologia Cultural and Natural Heritage LTDA. Throughout his talk, he will speak about general aspects of archeology and the paradigma shift related to popular stories

Wilson Cabral is an oceanologist, master in remote sensoring and doctor in Economy. He is currently a professor at ITA. He conducted several researches with the energy and environment institute at University of Sao Paulo and with the Sustainability Research Centre at the University of Sunshine Coast/Australia. In his talk, he will speak about the future of sustainability and the economy. 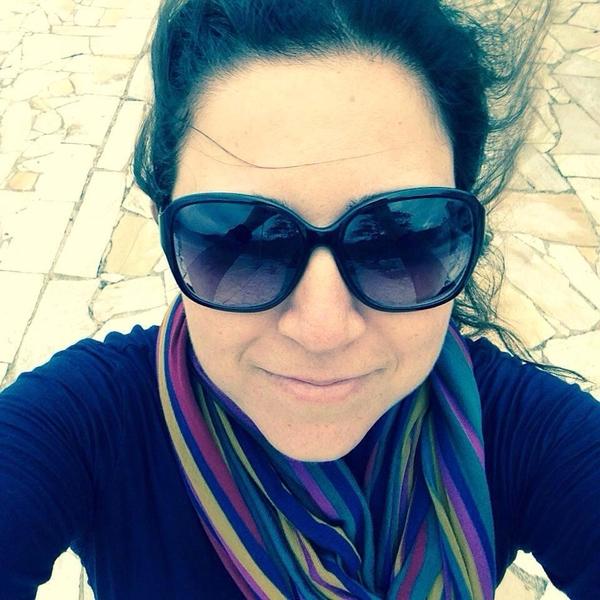 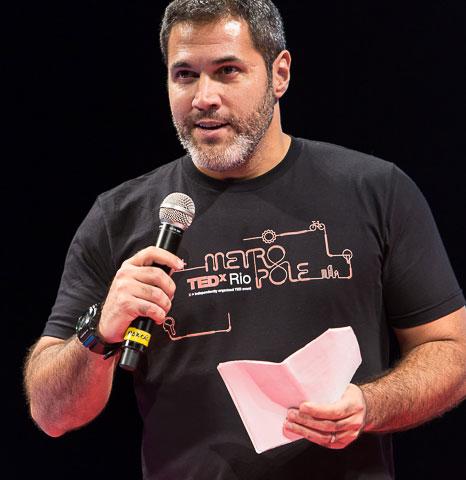