TEDxDorking, the first in our town, will bring an inspiring group of speakers together to create an unforgettable event to impact the community and beyond. Under the theme of 'Metamorphosis' participants will have the opportunity to hear creative responses to 21st century challenges, which may inspire us to life-changing initiatives of our own.

This will be a full-day event with 3 sessions of talks, the usual coffee and networking breaks, workshops and inspiration.

Ideas fuel the mind but there will be delicious, locally-sourced food to fuel the body too. Our ticket price includes welcome refreshments, a delicious lunch of locally sourced food (with vegetarian, vegan and gluten free options), and afternoon tea with homemade cakes.

Ackroyd & Harvey are internationally renowned visual artists based in Dorking, Surrey. Multi-disciplinary, their work reflects both environmental and scientific concerns and they exhibit extensively in contemporary art galleries, museums, found sites and public spaces. They are acclaimed for large-scale living interventions in sites of architectural interest that often reflect temporal processes of growth and decay, notably growing the interior vertical space of a deconsecrated church in London and the iconic Lyttleton fly tower of the Royal National Theatre with seedling grass. They have received many awards for their unique photographic work utilizing the pigment chlorophyll in making complex photographs, most recently presented with the Rose Award for Photography at the RA Summer Exhibition 2014, and the Wu Guanzhong Prize 2012 for Art and Innovation.

In 2015, twenty-five-year old Ahmad al-Rashid, who was born in Aleppo, Syria, joined thousands of others who made the extremely difficult decision to embark on a dangerous journey, first by sea, then by treacherous border crossings often on foot, to flee war-torn Syria. Al-Rashid has recalled that he is amongst the lucky ones who survived and reached safer ground, but thousands of others did not: ‘Al-Rashid arrived in the UK after a 55-day-long journey in very difficult circumstances, which included hiding in the back of a lorry after spending nearly two weeks in Calais. Whilst he was relieved to finally reach Britain, he admits that ‘it wasn’t an easy start…imagine yourself arriving in a new country and everything you have is only the clothes you are putting on.’

Multi-award winning master chocolatier Danesh Amin first started his chocolate business in Brockham, close to Dorking, when he was just 10 years old. At 19, he is the youngest speaker at TEDxDorking. Ten years after making his first chocolates (and now in his first year at university) Danesh’s 21st century challenge is how to study whilst running a very successful business with it’s own factory, (which supplies shops and exhibitions, as well as having his products available on Amazon). http://www.brockschocs.co.uk

Subversive enhancers of our streetscape

About seven years ago a small group of knitters started to decorate our town without permission. Iconic landmarks, such as our giant metal cockerel, were enhanced with hats, medals, musical instruments. A representative from this elusive and subversive group made a (disguised) appearance at TEDxDorking as, like Banksy, it's necessary for them to preserve their secret identities. Their representative will be talking about their creative responses, their motivation, their past work, and their plans for the future beautification of the city of Dorking.

Dr. Beatrice Allegranti: is an award winning dance movement psychotherapist (UKCP reg.), choreographer, capoeira practitioner, feminist researcher, writer and educator. In 2011 she was appointed the position of Reader in Dance Movement Psychotherapy and Director of the Centre for Arts Therapies Research in the Department of Psychology, University of Roehampton. Beatrice is passionate about the power of movement and dance as a vehicle for not just showing – but of ‘knowing’ – giving us a way to understand the complexity of human experiences in a multilayered and creative way. You can read and see short videos about her work here: www.beatriceallegranti.com

Dr Elaine has gone from boilersuit to boardroom and beyond. After completing her PhD in chemistry she began working as an industrial chemist for Freudenberg Group. Constantly curious and looking for new challenges she decided on a more commercial path, changing roles and technologies along the way. Experience in technical, business and senior management gained at TBA Textiles, Federal Mogul and ERA Technology and as executive director of a training company inspired her to found her learning and development consultancy. Specialising in working with scientists and engineers, Elaine believes developing our technical talent plus re-positioning perceptions of leadership equals global prosperity.

Hannah-Rose Tristram likes to empower and encourage people. Her career includes community choir and singing workshop leadership; teaching voice and singing one-to-one; giving vocal therapy sessions; performing as a singer, accordionist, flautist and occasionally actress/dancer; teaching Kripalu Yoga, Unity Partner Yoga and Pregnancy Yoga; giving Yoga Therapy sessions; leading workshops of her own created practice, ‘VocoMotion’; and a hell of a lot of behind the scenes work to make all those things happen! Hannah-Rose’s life’s work also includes LGBTQ+ activism, including singing workshops for Many Voices LGBTQ+ drop-in choir (http://many-voices.co.uk/), and leading GLOW choir Brighton (http://glowchoir.weebly.com/). The GLOW of GLOW choir stands for Gay-Lesbian-Or-Whatever, and the choir is inclusive and welcoming to all LGBTQ+ people, to straight/cis allies, and to people of all and any gender and sexuality identities.

Lottie Child is an artist and educator from Dorking in Surrey. She is fascinated by the ways joy and playfulness can shape our lives and our world. By learning from and alongside children she seeks to highlight and intervene in structures of power so as to explore possibilities for different ways of sensing, moving and living. She taught at the University of the Arts for eleven years and has exhibited and worked in numerous locations, both nationally and internationally. Among her exhibitions, events and residences have been those at Tate Britain, the ICA, South London Gallery, Arnolfini in Bristol, Pinakothek der Moderne Munich, Ars Electronica in Linz, Arts Transponder Berlin, and Kiasma Helsinki. Lottie spent 10 years researching how behaviour shapes place, using a practice she developed called Street Training. She developed a three year project enabling children and young people in Camberwell to train police to tell the difference between playing out and antisocial behaviour.

Neil is an astronomer, a rocket scientist and a builder of observatories. He is passionate about creating outdoor spaces that enhance our enjoyment of the Night Sky. When not at the workshop, Neil frequently speaks on astronomy, teaches astro-photography and in his ‘down-time’ is usually to be found tapping away at his computer, working on some kind of world-changing thing or other.

Nick has recently been awarded the RIBA Silver Presidents Medal for his masters work completed at The Bartlett School of Architecture, UCL in 2014. Through his time at UCL he has also been awarded the RIBA Donaldson Medal and the Sir Banister Fletcher Medal and was awarded a RIBA Bronze Medal nomination. Nick has worked at Foster and Partners, tutored at Central Saint Martins, University of the Arts London and has lead drawing workshops at UCL, and currently works at Haptic Architects. He has worked on many freelance visualisation commissions reaching international press and exhibitions such as the Royal Academy Summer Exhibition. Alongside visualisation work, Nick has worked on design and architectural projects such as The Queen's Jubilee Barge, Thames Estuary Airport, Apple Headquarters CA, West Kowloon Cultural District and Istanbul New Airport.

Paul Cleaver is the chair of the Reigate Beekeepers Association, and has kept his own bees for decades. His talk is a response to a TED Talk by Anand Varma called 'The first 21 days of a bee’s life' http://www.ted.com/talks/anand_varma_a_thrilling_look_at_the_first_21_days_of_a_bee_s_life in which Anand films the first 21 days of a bees life, and captures the destruction to the hive wrought by the Varroa Destructor mite.

Ponciano Almeida was born and raised in Brazil where he was completely immersed in the capoeira life and community. He is the son of a capoeira Mestre and started his studies in capoeira and Brazilian dances at an early age. He was also heavily influenced by his mother who ran a dance school which is where his interest in dance began. In 2000 he moved to the UK and began work on his capoeira school, Cordão de Ouro London. This venture has thrived and celebrated its 10 year anniversary in 2010. Over the years he has performed at many well known events, in advertisements, films, and music videos. Here is some of Ponciano’s work…he’ll be telling us all about the culture of Capoeira. Here he is in action in a small Channel 4 film http://mojuba.co.uk/..and also dancing on top of a building for the BBC! http://www.guarini.co.uk/page.php?page_val=bbc-indent#prettyPhoto/0/ 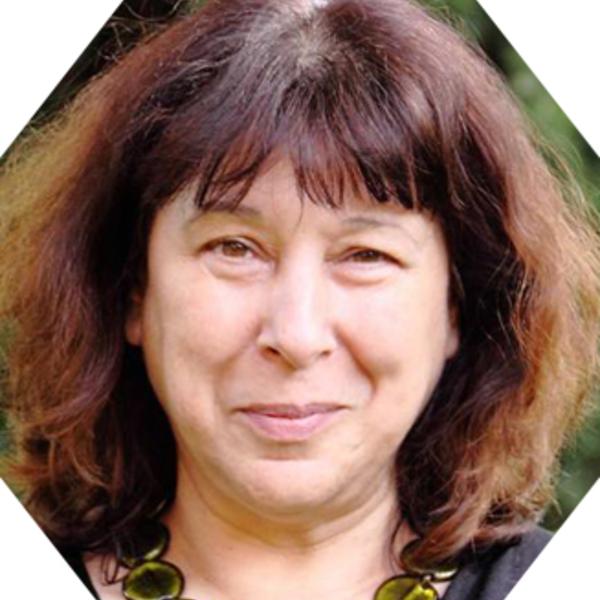