iXperiment is the first Romanian start-up accelerator created for high school students, by high school students. It is an initiative that connects the educational and private systems, a lab in which teenagers work on the most creative ideas through which they solve social problems, improve people’s lives and create innovation, by having access to the resources and experiences of top entrepreneurs. Our vision is to create the biggest movement of teen entrepreneurs in Romania, in order to help the education system adapt to the current needs of students and to create an exponential impact in our community. We’ll do this, even though our education system is not ready for an exponential future. Well, not yet.

Andras comes from a strong tech-background. Even in his childhood years, Andras was fascinated engineering and automation. He managed to build simple robots using Lego parts and model trains. Andras continued to pursue this passion after graduating as engineer in computer science. He was involved in the outsourcing business during it's heyday starting from development all the way to business management. Andras worked with several high-profile customers from around the global, Sweden to Qatar, Germany to Canada. This experience with different business cultures and a strong technical background paid off when he co-founded Axosuits in 2013. Axosuits is one of the few exoskeleton startups worldwide but unique in it's focus on affordability and easy of use. Andras is married and a father of two. His interests include natural sciences, business and politics.

Dorin Popa is the most passionate persona who, in the most exquisite way possible, manages to switch himself to different characters throughout the day: University lecturer at the University of Oradea, founding member within the National Organization of the Interprofessional Wine Sector - Vitivinicola, while in 2009 he founded in Oradea the Wine Culture and Civilization Center “Millesime”. As a result he succeeded to place Romania on the map of the international wine elite and, in the same time, created an easily accessible place where any person may learn things about this miraculous liquor.

Elena Calistru is the chair and founder of Funky Citizens, a Romanian-based NGO. Funky Citizens builds research-based, data-driven advocacy tools. Their aim is to be educational and actionable, encouraging citizens to engage in accountability and government responsibility initiatives in which they can see an impact. Elena has more than 5 years of experience in civil society projects, both at national and international level. Her expertise is mainly in the area of good governance, transparency, public finance and advocacy. She strongly believes that data and online tools can empower citizens to influence public sector reform.

Horatiu Tanasescu creates software products, programs, applications, web sites, poems and virtual and real IT companies. The International Mass Media writes about his programs, products that are used by government agencies, intelligence services, aerospace companies, corporations, lawyers, journalists, marines and retirees, in more than one hundred countries, all over the world. His passion are the minimalistic software programs that have the potential to understand and work according to the human essence and important real life essential facts. During this period he kick-starts ColorVeil, a “Hello World” software which enhances the ability of dyslexic people to assimilate written content on any device with screen.

Born in November 2010 on the internet, Ivcelnaiv (in English it would literally be Iv the Naive) is a poet who tries to blow the dust off the idea of poetry, making it sexy, modern and understandable. He has 5 naive poetry books published, one of stories for kids. His last book was written together with his readers. In 2012, he wins the Roblogfest prize for the best culture Romanian site. “Best poetry book” on different Romanian sites, in different years. Probably the best selling young Romanian poet. He has lots of friends who inspire him. Among them, people.

Passionate about AI, innovation and technology, Raul studied sociology and psychology, learned at a young age how to code and has been involved in software development for over 15 years. He started as a junior developer, then technical manager, product manager and after hard work he became founder, CEO, researcher and data scientist in bio-metrics, cyber security and artificial intelligence.

Virgil Stanescu it’s the President of Steaua CSM EximBank and the Vice-President of Romanian Basketball Federation. After twenty years of professional basketball he believes that sport has a huge impact over many aspects of the society. He was the captain of the Romanian National Team and five times the best basketball player of Romania. He took his general management degree from the University of South Alabama where recently was inducted in to the Athletic’s Hall of Fame. He also has a master degree in European Economical Integration and a coaching degree with specialization basketball. He founded Sports HUB International and sees an untapped business opportunity through sports. Its aim is to encourage the private sector towards feasible investments in and out of sport. Through coherent projects, the hub intends to support, to partner, or to counsel, business initiatives in sport. It will also find resources to become an incubator for startups in the field. 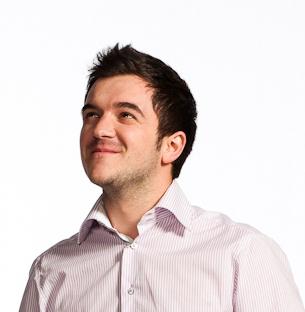