As our world rapidly changes with advances in culture, science and technology, can our capacity for knowledge and understanding cope with societal transformation? Especially, when the way we look at the world is limited to a range and scope of ideas as filtered by our world view. This year our theme for TEDxWandsworth is ‘Perspective’ which aims to challenge the prevailing orthodoxy.

The secret of TEDx Talks is to enable an individual speaker to provide an insight into a topic, issue, or personal experience that transcends the traditional speaker circuit or motivational platform. Within an 18 minute talk, an audience member can be enthused about a topic that would never have intersected his or her world view. All of a sudden, while exchanging ideas and views with a fellow delegate, a thought occurs on how a speaker’s talk can be applied in the context of your life, work, organisation or community.

Last year, our speakers had variously: set up charities that not only empowered them as individuals, but also in their local communities and across the world; were instrumental in creating technology that would transform how businesses could operate in the world of 3D design and reduce carbon footprint, and other speakers whose research applications had the potential to empower those with healthcare needs in mental health and the treatment of infectious diseases.

For TEDxWandsworth 2016, our theme ‘Perspective’ is not only to gather the best speakers in and around the Wandsworth area to promote ‘ideas worth spreading’, but also to provide a platform to those whose experience or ‘Perspective’ is uncommonly held or heard.

Living in Wandsworth, a borough which intersects with diverse cultures, nationalities, and identities, we hope our ‘Perspective’ TEDx Talks will celebrate and shine a light to those experiences, not just in the context of mainstream narratives, but in ways that enrich our lives and public spaces.

Having worked for 12+ years in senior digital marketing positions for global tech brands, and easily spending 16 hours a day connected and even sleeping with her phone, Anastasia eventually realised she needed to unplug to remain healthy and productive. Giving up her smartphone was the first step to creating Consciously Digital - a London-based training and coaching company that helps individual and corporate clients be more productive online, so that they can have more time for things that matter. Anastasia is a frequent speaker at global internet conferences, she blogs for Huffington Post about digital detox and she recently completed her book Homo Distractus: Fight for your choices and identity in the digital age. You can find out more about the book at www.consciously-digital.com/book. Anastasia was born in Russia, lived in six different countries, and has an MBA from SDA Bocconi (Italy) and NYU Stern (USA), and a PhD from Moscow State University.

André Spicer is Professor of Organisational Behaviour at Cass Business School, City University of London. He frequently appears in the international media to comment on business issues. He has worked with a wide range of for profit, non profit and government organisations. He has published 6 books, including 'the wellness syndrome' and 'the stupidity paradox'. Next year he will publish a book on business bullshit. In this talk Professor Spicer will examine what drives otherwise intelligent people to do idiot things. He will consider what the consequences of corporate stupidity are. Finally, he will look at how we can make our workplaces a little less stupid.

Casey Bailey is a poet, spoken word performer, rapper and song writer. He runs Bailey’s Rap and Poetry (BRAP), an initiative which has enabled him to perform and run workshops in rap, poetry, music and song writing. Casey has variously been described as a ‘lyrical and literal poet, a conscious Hip Hop artist and a thoughtful and reflective writer’.

Ed Ikin is Wakehurst Head of Landscape and Horticulture for Royal Botanic Gardens Kew, curating their 535 acre botanic garden and estate in West Sussex. His mission is to demonstrate that botanic gardens can be beautiful as well as credible by engaging visitors emotionally through stunning display whilst educating them about plant conservation, ecology and evolution.

Guy Shahar is an author and autism consultant. His Transforming Autism project raises awareness of the positive aspects of the condition and empowers other parents to understand and value their autistic children, and to dramatically improve their experience of life by creating an environment of trust and love around them. For more information visit http://transformingautism.co.uk/

Architect and Partner at Hawkins\Brown

Harbinder is an Architect and Partner at Hawkins\Brown that leads the transport and infrastructure sector and is currently delivering the architectural designs for two of London's largest infrastructure projects, Crossrail and Thames Tideway. He is the principle architect for the design for Tottenham Court Road, Bond Street and Liverpool street station, three of the central section Crossrail stations and is also the principle architect leading the designs for the public realm of the central section of Thames Tideway in London.

Leanne Spencer is an entrepreneur, speaker and bestselling author. Born in Dorset, she spent 17 years working in the City of London before suffering burnout and leaving to establish her business and to follow her true purpose, which is to campaign for gender equality and the promotion of positive female role models for young people. Leanne now spends her time giving talks on the importance of positive female role models (“you can’t be it if you can’t see it”), and why we all need to change our attitudes towards food, fatness, fitness and most importantly, how we look.

Martin Elliott is Professor of Paediatric Cardiothoracic Surgery at University College London, Professor of Physic at Gresham College, London, and Co-Medical Director at The Great Ormond Street Hospital for Children NHS Trust (GOS) where he has worked since 1984. He established and leads the National Service for Severe Tracheal Disease in Children at GOS. He developed modified ultrafiltration, helped set up paediatric heart and lung transplantation at GOS, started the European Congenital Heart Defects Database for outcomes analysis and leads the chest wall reconstruction team at GOS. The Tracheal Service at GOS is the largest in World, and the Team has pioneered a number of innovative techniques, including slide tracheoplasty, tracheal homograft patch transplantation, the development of absorbable stents and, most recently, the world’s first stem cell supported tracheal transplantation in a child.

Michael Costello was selected by South Thames College to perform at TEDxWandsworth with his song, 'Don't let our love be in vain'. Michael was put forward by John Boyega (plays Finn in Star Wars: The Force Awakens) to receive the ‘Future Star Award’ at the Association of Colleges Gold Award annual ceremony at the House of Commons in June 2016.

Niamh Houston, also known by her stage name Chipzel, is a BAFTA nominated and award winning independent composer from Northern Ireland. In 2015, Houston received the Best Music award in XBLA Fans’ Game of the Year awards, as well as being named VGMO’s best independent composer. She has scored the original sound tracks for six video games, including the critically acclaimed Super Hexagon. Houston continues to compose music for forthcoming video game projects while working on her next studio album and touring the world.

A former Royal Marines Officer, he was fortunate enough to lead Marines on operations around the world. Highlights include, leading Marines on the front-line in Afghanistan in 2007 and evacuating civilians from Libya during the Arab Spring. Roderic went on to specialise in counter-piracy operations completing two tours off the coast of Somalia and leading the re-capture of the 55,000-ton MV Montecristo from pirate control in 2011. In 2012, he joined Urenco, an international supplier of enriched uranium for the nuclear fuel cycle. Roderic was responsible for delivering the Operational Excellence programme as part of Urenco’s journey to ‘World Class Enrichment’. He coached leaders across the organisation developing specialist experience in areas where leadership failure usually leads to death or serious injury.

Australian born singer/songwriter and guitarist Sarah Bird is an Indie Folk Pop artist. Having picked up a clutch of music industry awards, Sarah is now living in London having released her latest album Break Or Bend. Sarah has played at several world stages including The Cambridge Folk Festival, Edinburgh Fringe and The Fete De La Musique Festival (Berlin).

Tereza Červeňová was born in Slovakia in 1991. After working as a professional fashion model and experiencing the pressures and demands of that industry, she changed direction and moved to London in 2011 to study Fine Art. She soon discovered that the medium she felt most fluent in was photography and switched courses. Immediately, things started to fall into place and numerous prestigious awards followed including the John Kobal New Work in 2015, D&AD Yellow Pencil in 2014, and Daniel Blau Gallery’s 5 Under 30 – Young Photographers’ Award in 2013. Alongside her work as a freelance photographer, Tereza is undertaking an MA in Photography at the Royal College of Art.

Ajos Dance makes work that delves into human issues at the centre of everyday life; themes such as fear, love, loss, insecurity, homelessness, spirituality, prompt us to ask deeper questions about our very existence. As well as making work, Ajos Dance presents platforms to present dance in an inclusive, accessible way, hereby developing new audiences for dance. Comments about Ajos' work include: “...powerful work...”; “I felt extremely drawn in and emotionally connected to the dance…”; “...your dance made me cry…”. Ancestral Whispers is supported by an artist residency at Moving SPACE @ Clarence Mews. 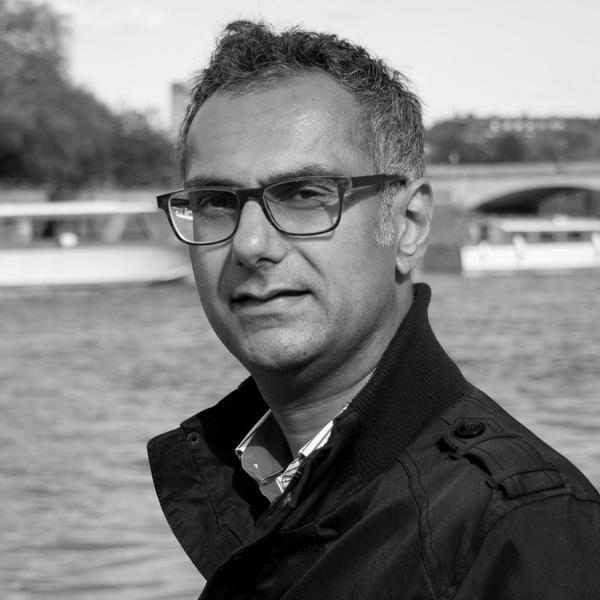 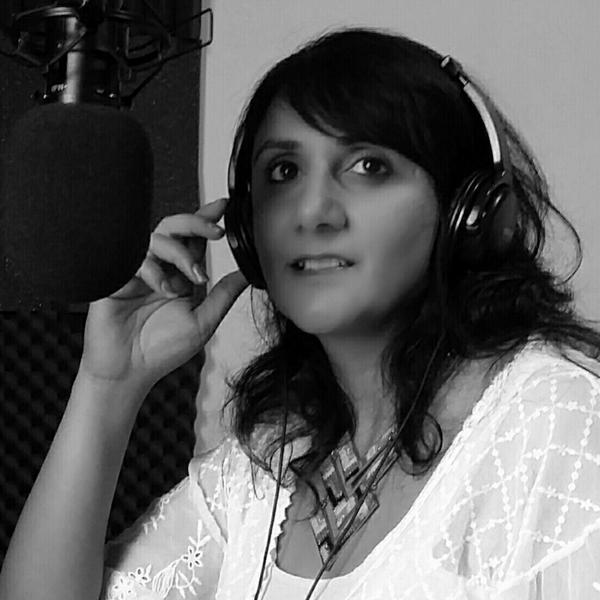