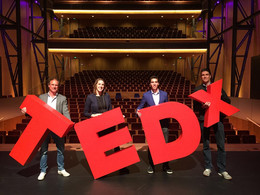 Alex Wegman is an e-musician who studied at the conservatory in Haarlem, the Netherlands. His live acts highly valued throughout the Asian continent. In his early twenties he inspires youth from all over the world.

Christiaan Fruneaux is a futurologist. He builds future worlds based on historic trends. He defines futurology as the art of positioning oneself in the present. Emphasizing the importance of the choices we make now for the world to come.

Daniel is a trainer and game designer. He speaks at universities across Europe. His mission is to inspire young entrepreneurs to follow their dreams.

Danny is a healthcare professional and an academy teacher at InHolland. In the program ‘together strong against Stigma’ he educates his colleagues and students about the dangers and effects of preconceptions.

Eric is partner at KPMG IT Advisory, he is responsible for the section energy. He is an expert in supporting organizations with implementing new business processes, where robotics play an important role.

Erik Verheul works as a civilian for the Royal Dutch Navy. In his spare time he is a sculptor. His historic interest brought him several adventures. Go see his other TEDTalk ‘How to convince your boss to sail to the arctic’.

Born in Delft in 1975 she was, from a very young age, intimately aware of her surroundings and fascinated by everything around her – images and events. Flore Zoé’s work reflects an existential need to capture a world in which beauty prevails. Each image, to the smallest of details is aesthetically perfect, beautiful. Chaos and trouble far away. And, in the background, consciously or unconsciously a secret quest for happiness. A recurring theme throughout her non-commissioned work: female models in the main role set in fairy-tale like settings.

Jelle Staleman is a mountain guide. From age 7 he climbed every tree he could find and at age 12 he crossed the Pyrenees and the mountains of Norway. His passion inevitably lead to the Dutch Marine Corps after which he fully concentrated his career on mountaineering.

Jeroen Gmelich is guitar builder from the city of Den Helder. He started to work in a music shop at the age of 18. In 2010 he became the owner and he developed his own guitar brand, Jerome's Customs, which builds guitars for the world greatest musicians.

Jeroen got his technical bachelor but learned his path laid elsewhere. He became a commando. His creativity earned him his nickname ‘crazy J’. Now he is retired and is a full time stroryteller.

Jon is Senior Advisor, Esports at Turner. He started off his esports career as a Product Manager at Riot Games before becoming Co-Founder and CEO of Ember, a North American League of Legends Team. Most recently, he was Head of Esports at BRaVe Ventures, which was acquired by Turner. Prior to Riot, he was a Senior Consultant in the Financial Services Office at Ernst & Young. Jon received his MBA from NYU Stern, specializing in entertainment and finance, and a B.A. in Economics and Philosophy at Baruch College. Jon is a veteran of Afghanistan where he served as a Captain in the U.S. Army.

Joost is a singer and guitarist; a singer-songwriter with his own work, but also a troubadour with a wide repertoire of classics from the 60s, 70s and 90s.

Kazimier Helfenrath is theacher and researcher at Fontys academy. He researches the influence of organisational culture and climate on sustainable talent development for people with a distance to the job market.

Patrick Moriarty is CEO of IRC. An engineer with more than 20 years of experience building sanitation systems in South Asia and Africa. Patrick is especially interested in connecting and integrating governance, research and practical implication of sanitation systems.

Paul is entrepreneur in ‘life sciences’ and medical technology. Nanotechnologie provided him the opportunity to defy borders of research disciplines. He stimulates innovators and freethinkers worldwide.

Pierre Niviere is a design artist. Born in France, living in Amsterdam. He studied at the Gerrit Rietveld Academy and is at the start of his career. He creates images with their own identity that tell stories and raise consciousness.

Raphael en his friend Sahand founded the Mezrab school for storytelling. They teach people how to share stories in an authentic and creative way.

Roy is founder of Proof of the sum, a new architecture studio based in Amsterdam. He studied architecture in Leuven and finished architectural design management systems at the technical university Eindhoven.

Ruba is a philosophy and politics student at Leiden University. She is passionate about art, film and making documentaries. She is inspired by the stories of others and creates opportunities for them to be heard.

Sahand en his friend Raphael founded the Mezrab school for storytelling. They teach people how to share stories in an authentic and creative way.

Tim is 10 years old. Every morning at 7pm he travels from Julianadorp to Amsterdam to the ballet academy. His dream is to become a professional dancer. 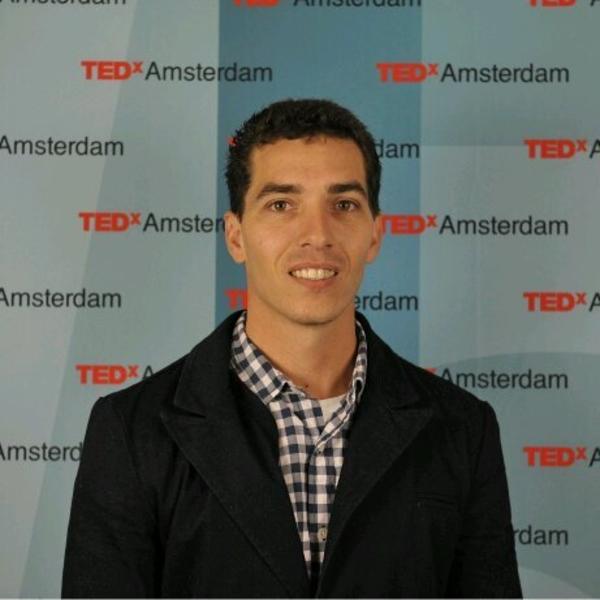