Angelo was born in Udine in 1966. He teaches History and Literature at the "Magrini-Marchetti" in Gemona del Friuli and works as an expert of the subject with different research groups related to the University of Trieste. He graduated in Medieval Latin Language and Literature, debating a thesis about the "Mitografi Vaticani". Trained as a medieval historian, he has published many essays and specialized articles; he collaborates with several magazines both in Italy and abroad. Since 2012, he has been Scientific Director and is currently Scientific Consultant of the Biblioteca Guarneriana in San Daniele del Friuli. Enthusiast lover of Eastern Europe, he has produced many contributions regarding Slavic worlds. With "Balkan Circus" (Ediciclio-Bottega Errante 2013) and "Guarneriana Segreta" (Bottega Errante 2015), he successfully ventured into the realm of narration.

She graduated in Communications Science and is a professional journalist. She has always been fond of the mountain world, a passion she inherited from her father, and after becoming a mother she has tried to engage her daughters into the beauty of the nature and views of mountains. That is why, with a group of other mothers, among who Francesca Tosolini and Sara Baroseli, she has created a Facebook page called "Camminare coi bambini in Friuli e dintorni" (Walking with kids in Friuli and around), that collects a number of tours and trips around Friuli, Austria and Slovenia that are suitable for children. Seen the success of the Facebook page, the publishing house Most has decided to print a book that includes a selection of excursions. It is entitled "In montagna con i bambini" (On the mountains with the kids) and is written in Italian and Slovenian.

In her research she studies the quantum properties of space and time. She studied in Padua and Pavia, She worked in France, in Marseille and Grenoble, and since 2012 she is at Radboud University in the Netherlands for a research project on the first moments of the universe. Recently she got interested in blacks holes, and how one could observe their possible explosion. She combines my scientific research with a reflection on the philosophical foundations of physics. She has co-authored with Carlo Rovelli of a textbook on quantum gravity, and several publications in international journals. Have always been active on gender issues in academia, she participates in national and international networks for women in science. She likes to think that a more inclusive science is also better science.

Javier Romero Naranjo received his PhD in Musicology from the University Alexander von Humboldt in Berlin (Germany), with a PhD dissertation about polychoral baroque music, having Prof. He got a degree in classic guitar and orchestra conduction. Before that, he graduated in Geography and History and then attended a master in "The Arts in the Ethnomusicology" at the University of Maryland (USA). He is currently credited by the ANECA as a professor and teaches at the University of Alicante, where he is also coordinator of PhD programs on "Research on Musical Education and on Movement". He is also directing several research projects about the "BAPNE method" and body percussion. His teaching activities include a number of seminars across universities and training centers in the USA, Venezuela, Colombia, Mexico, Costa Rica, Canada, Italy, Germany and Spain.

Luca is passionate about enabling people talent and driving collective success. He believes that everything is possible for a team with a can-do attitude, who enjoy the journey together. Extremely interested in the deep links between people's emotional intelligence and their success (in life and business), Luca dedicated his professional career to grow businesses enriching employee engagement. His dilemma, how to energize people in complex and challenging environments whilst maintaining a harmonious balance between success and happiness, inspired the concept of Return on Work (ROW) that shaped his work and life style. Luca is currently Managing Director Consumer Business for Emerging Markets of Goodyear Tire & Rubber Company in the Middle East.

Marco Tarondo, aged 50, artisan clockmaker, with a diploma in informatics and a great passion for technology, is a founder of FabLab in Udine. In the 90s, together with his brother Paolo, he takes over the family business, an artisan clockmaker laboratory, founded in the 60s by their father Paolo. The the two develop the firm with fresh ideas and innovation, which expands and shapes a new concept of clockwork in the new lab (FabLab) opened in 2014 and featuring cutting-edge machinery such as 3D printers and CNC machines. His dedication to work has made his lab a respected partner of important Swiss brands and a consolidated reality in the Italian industry. This success proves that innovation and crossbreeding of skills can generate remarkable business growth from small family enterprises.

I am a researcher in work and in life. In the last (almost) 20 years of research I have been involved in representation and temporal reasoning, modal and temporal logics, Web technologies, bibliometrics, network and data science, and generative art. Dealing with various topics, even far apart, allows me to dissect different aspects of information science without losing the enthusiasm and creativity, characteristics that I consider essential to do research. I believe in the concept of cross-pollination, that is, the fertilization of disciplines with methods and tools belonging to different domains, even disparate ones. I taught, at Italian and foreign universities as well as international schools, arguments closely related with my research. I believe in two-way synergy between teaching and research. The main themes of my teaching were algorithms, databases, Web technologies, network science, generative art and creative computing. For some time I approached, as a performer and spectator,

Maurizio was born in Turin but as a child moves to Grado, a sea city in Friuli Venezia Giulia, hometown of his father. He grew up in contact with the family firm and had numerous business experiences in European and Middle-East countries. He is a dynamic and versatile entrepreneur, always on the look for opportunities in the real estate sector. Concerned with the ecosystem, he is passionate about nature and the animal world. Since 2012 he has become Vegan, for health and moral reasons. He is a sportsman with a fondness for outdoor activities, running, trail running and everything that involves nature. In 2015 he enters in contact with the limitation of freedom, thst will make him elaborate ideas related to the awareness of life and values. In 2017, he will run a project for disadvantaged people, with the collaboration of different NGOs.

Mauro Giacca, MD PhD, is the Director-General of the International Centre for Genetic Engineering and Biotechnology (ICGEB), an international organization in the United Nations system for advanced research, education and technology transfer to industry, with laboratories in Trieste, Italy, New Delhi, India and Cape Town, South Africa (www.icgeb.org). He is Full Professor of Molecular Biology at the University of Trieste. He has served on the Boards of multiple organizations in Italy and abroad. His research interest focuses on the development of novel biotherapeutics for cardiovascular disorders, with particular reference to the identification of growth factors and microRNAs inducing cardiac regeneration after myocardial infarction. He also maintains a strong interest in the molecular biology of HIV-1 infection. He has published over 290 papers in peer-reviewed, international journals. He is also active in promoting scientific outreach for the general public.

Aged 33, born and raised in Israel, after completing his 4-year military service he moves to Udine to join an international student program promoted by Caritas Diocesana in Udine, where he shares a flat with Palestinians, Turkishes and Kurds for 3 years. He graduated in Psychology at the University of Trieste and is especially fond of conflict management, social prejudices, as well as organizational psychology. As a freelance he provides advice to early stage startups, participates in the creation of new network models in the field of coworking for professionals, and is involved in the hosting system of asylum seekers.

Founder and Director at Oblò

For more than ten years she worked as account executive mainly in editorial contexts. At the same time she founded a no profit association engaged on all the aspects around parenthood and childhood and I personally coordinated the volunteers as well the implementation of the projects, the fundraising and the public relations. Until last month she were responsible for the external relations in a big company working in healthcare sector. Seven years ago she became mother and last March she started her new business activity: a multi purpose center for coworking, culture and family support services. Its name is Oblò, the space of ideas together, where profit and no profit worlds coexist with a similar vision of working and staying together. 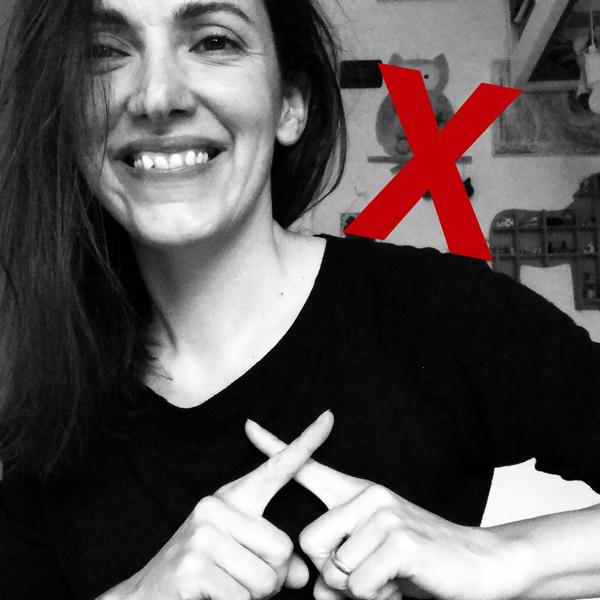