We aim to examine the most intriguing Paradigm Shifts unraveling in every field; from artificial intelligence to education, from branding to sexuality, from food to consciousness and many more. The event examines the key drivers that are sparking this change: We will dive into the art and science of happiness engineering to better grasp the mind­ boggling power of ideas as change driver. We will have an intellectual taste of the combination of food with chemical design to experience the delightful force inhibited in the new combinations of old features. We will examine future dreams of nanotech researchers to glimpse at the revolutionary force of inventions which can catapult us into a new paradigm. Common to this colorful mix of Paradigm Shifts is their promise to deliver a road map that is superior to its predecessor in navigating us into a better future. At TEDxEchoPark we will take this map on a tour.

Dr. Ali Binazir is Chief Happiness Engineer and the author of "The Tao of Dating: The Smart Woman's Guide to Being Absolutely Irresistible", the highest­ rated dating book on Amazon.com for 4+ years. He holds an A.B. from Harvard College, an M.D. from UC San Diego School of Medicine, and an M.Phil. from Cambridge University. Formerly a consultant to the Fortune 500 at McKinsey & Co., he writes a popular column for Huffington Post and practices hypnotherapy in San Francisco. He has been known to make dishes out of the random remaining ingredients in his fridge.

Erahm Christopher is an award winning filmmaker, author and speaker who bridges social divides with storytelling. He has directed over twenty productions including stop­motion, scripted, documentary, animation, opera and his debut feature, Listen. Beyond film, Christopher has developed innovative programs that teach how to use creativity to shift perception and behavior. He has worked with the federal government, non­profits, schools, health organizations and companies around the world. He has reached over 7 million people with his Teen Truth film series, over 2 million with live experiences he crafted and has personally presented to nearly a million people around the globe

Professor of Chemistry at the University of California, Los Angeles, and Scientific Director of the UCLA Art|Sci

Dr. James Gimzewski, Ph.D., Ph.D. hc, D.Sc. hc, FRS, CPhys, FIoN, FInstP, FWIF, FREng is also Core Director of the Nano and Pico Characterization Laboratory at the California Nanosystems Institute (CNSI-¬UCLA) and Scientific Director of the Art|Sci Center, UCLA. He is a PI and Satellite Director of the MANA project at the National Institute for Materials in Tsukuba, Japan. Throughout his 33-year career in Nanotechnology he has been actively involved in promoting science and technology to the public. He was formerly a group leader at IBM Zurich Research Laboratories. He has worked with Industrial and Government organizations in Switzerland, the UK, US, European Union and Japan on issues relating to Nanotechnology. He was a main speaker at TEDxLAMiracleMile's Music + Physics = Good Vibrations event in 2010.

President of Foresight Institute and Founder of Synthetic

Julia Bossmann is the president of F oresight Institute, the leading think tank on world­changing technologies such as nanotechnology and artificial intelligence. Bossmann holds a Masters degree with highest honors in brain & behavioral sciences from the University of Dusseldorf and USC. Her professional experience includes scientific research in labs in Germany and in the USA, management consulting at McKinsey & Company, R&D at Bosch Research and Technology, and entrepreneurship at A nticip8 and Synthetic. Bossmann is a GSP alumna at Singularity University and a Global Shaper at the World Economic Forum. She has spoken at the World Economic Forum’s annual meeting in D avos on the role of Artificial Intelligence in the Fourth Industrial Revolution.

Dr. Mariappan "Jawa" Jawaharlal (Dr. Jawa) is a Professor of Mechanical Engineering at the California State Polytechnic University, Pomona. Dr. Jawa is recognized as an outstanding educator for his innovative and engaging teaching pedagogy. He has received numerous honors including Northrop Grumman Award for Excellence in Teaching and Innovative Educator Award. Dr. Jawa is well known for his hands­on, guided discovery approach. He is the founder of Robotics Education through Active Learning (REAL), a unique K­12 outreach program, which reaches thousands of students each year. Dr. Jawa helped develop the Femineer program that inspires young women about engineering and empowers them with real skills. Dr. Jawa has over 20 years of industrial, academic and entrepreneurial experience, ranging from starting brand new engineering program to product development and commercialization. He writes education columns for Huffington Post. Dr. Jawa is a Fellow of Biomimicry Institute

Pascal Baudar is a professional forager, wild food instructor, and a self­styled “culinary alchemist” based in Los Angeles. His locally sourced wild ingredients and unique preserves have made their way into the kitchens of such star chefs as Ludo Lefebvre, Josiah Citrin, Ari Taymor, Michael Voltaggio, Chris Jacobson and Niki Nakayama. Over the years, through his weekly classes and seminars, he has introduced thousands of home cooks, local chefs, and others to the flavors offered by the wild terroir of southern California. He has served as a wild food consultant for several TV shows including MasterChef and Top Chef Duels. He has been featured in numerous TV shows and publications, including Time magazine, the Los Angeles Times, L.A. Weekly, and the New York Times.In 2014, he was named one of the 25 most influential tastemakers in L.A. by Los Angeles magazine.

Petrula Vrontikis is a graphic designer, author, and professor at Art Center College of Design. In 2007, she received an AIGA Fellows Award honoring as an essential voice raising the understanding of design within the industry and among the business and cultural communities. She lectures at conferences, universities, and to professional organizations worldwide about her work, design education, and on the future of the graphic design industry. Her recent research is about how millennial artists and designers perceive the world and their role in it. She calls this new group the Creative Nomads. They exist in an ecosystem of creators who combine tech and craft, generate social movements, and thrive in the gig economy. Petrula believes that their agility and resilience will enable them to thrive in a creative industry that’s both daunting and full of opportunity.

Shawn Amos has been a trusted tastemaker, content creator, and custodian of pop culture for the past decade. Prior to launching Put Together Media, a collective focusing on nimble content creation, he was CEO of Freshwire (formerly Amos Content Group), Senior Vice President of Content at GetBack Media and Vice President of A&R at Shout! Factory. Shawn also released his own album, "Thank You Shirl­ee May," on the Shout! Factory label. During this time, Amos worked with Shout!'s ownership to create a digital strategy that led to the standalone digital media company, GetBack. He has also written a book, a memoir titled "Cookies & Milk: Scenes From a '70s Hollywood Childhood." Shawn currently sits on the Board of Trustees for the Rock and Roll Hall of Fame and Museum and the Board of Directors for Didi Hirsch Mental Health Services. He digs doughnuts and moonlights as blues singer.

Senior Group Leader at IFOM, Professor of Gerontology and Biological Sciences, Director of the Longevity Institute

Dr. Valter Longo is the Edna M. Jones Professor of Gerontology and Biological Sciences, and Director of the Longevity Institute at the University of Southern California – Davis School of Gerontology, Los Angeles. Dr. Longo’s studies focus on the fundamental mechanisms of aging in simple organisms, mice and humans. The Longo laboratory has identified several genetic pathways that regulate aging in simple organisms and reduce the incidence of multiple diseases in mice and humans. His laboratory also described both dietary and genetic interventions that protect cells and improve the treatment and prevention of cancer and other diseases in mammals. He received his Ph.D. in Biochemistry from the University of California, Los Angeles (UCLA) in 1997 and his postdoctoral training in the Neurobiology of Aging and Alzheimer’s Diseases at USC. He started his independent career in 2000 at the University of Southern California, School of Gerontology. 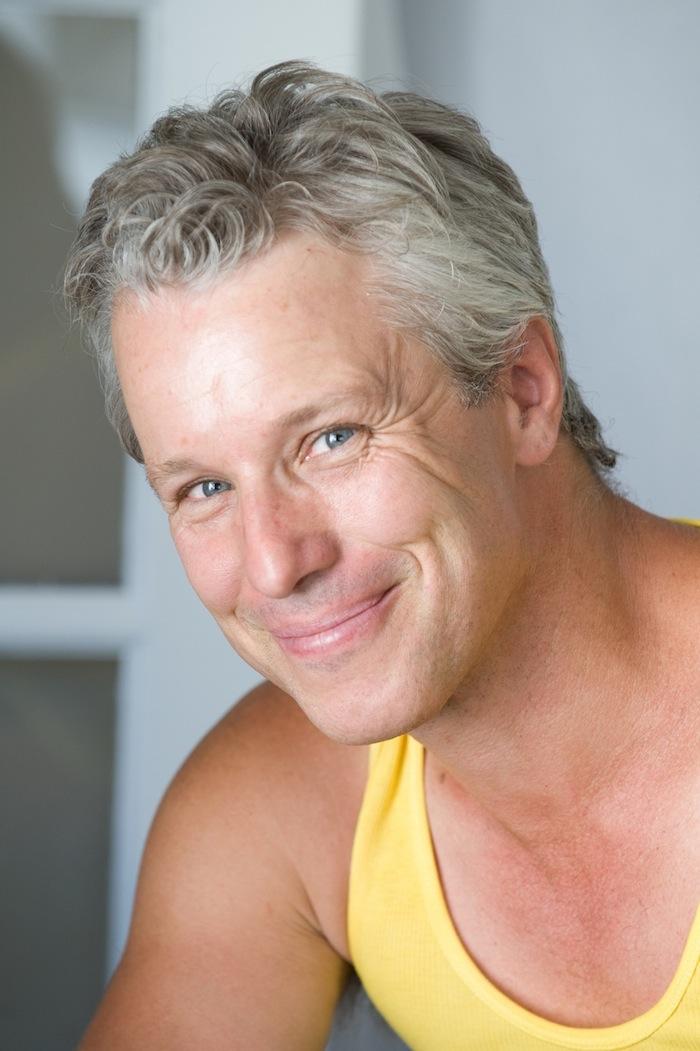 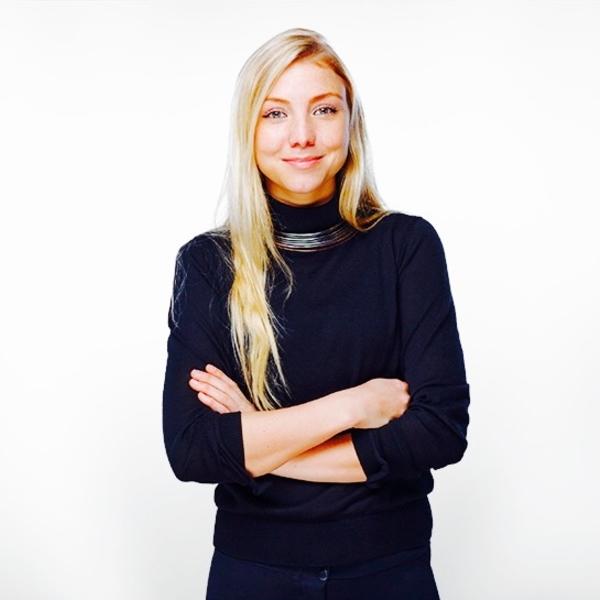