Theme: What Turns You On? 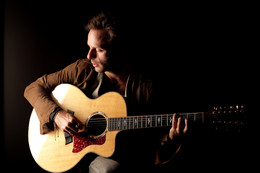 Why TED? You’re a yoga teacher aren’t you?

What I have noticed is that no matter what country I’m in or what studio I visit, that people everywhere are eager to have good time and learn something new. We are not the cynical dingbats that the media portrays us to be. In fact, we seem to be kind, generous, smart and willing to keep going growing despite our fears, insecurities, and neurosis.

About 10 years ago there was an abduction of a young girl captured on surveillance tape. It was the first footage of it’s kind released to the general public. I saw a still of the footage on the front page of the Post in a bodega in Park Slope and it stopped me in my tracks. I just couldn’t comprehend how the footage could exist and the girl be vanished into thin air.

I get down sometimes about the way we treat young girls in this country. (We have a thriving slave business nation wide, in every state, in 2011.) And what I came to as I processed the events around the abduction is that is that I need to live in the solution. Having had a rough start in this world myself, I realized that for me that part of the answer to all the violence is in being and doing the opposite of that in my professional life. At the time I was an actress and so I wrote a show called ‘For Every Action.’ I performed the piece for a while and that felt right. It solidified my belief that I wanted to be part of the ‘equal and opposite.’ And years later I became a yoga teacher and healer and that feels like a piece of this puzzle too. In my classes part of what I aim to do is to model joy, to have fun so that my students have a reminder of what it is to enjoy themselves. It doesn’t mean that the classes are easy because they are not and that is on purpose. The purpose of the challenging sequencing is to bring up and move out all the places where we are hardened and stuck. To unshield. Not so that we can move through the world unprotected, but so that we can experience ourselves fully. We have become hardened to ourselves and the way I see it, that means the bad guy/gal wins.

Hosting TED is one more way that I can get some more good news out there. And yes, the words of these speakers are important as I’ve chosen smart, successful people to speak. But I think what you’ll notice even more is what is being communicated non-verbally. JOY. These are people who have worked their asses off to get where they are. These are people who have slept in cars, gone without food, gone without company, gone without. And yet, they are hopeful and charismatic people who down to their cells KNOW that we have a right to happiness. KNOW that if you keep going and do your work, the work that your spirit is begging you to get to, that anything is possible and that happiness is the inevitable result.

Come join me front row and bask in the 18 minute talks which will all answer the age old question, ‘What turns you on?’

In service to a good time-