Each and every day we all make about 20.000 decisions. Those decisions don´t necessarily change our lives dramatically, though our lives are constructs of the little choices we make every day. Thinking back we find that our lives could have run differently, if we decided on walking different paths by making different choices.

Each of our speakers was at that crossroad, consciously choosing to walk a different path. Those conscious choices imply making our world a better place.

In 2011, Annemarie Harant (born in 1984 in Munich) and Bettina Steinbrugger (born in 1984 in Klagenfurt/Austria) founded erdbeerwoche - a platform and online shop for sustainable feminine hygiene. Both worked many years in the sustainability sector as a project manager and consultant before founding erdbeerwoche.

As a trained chef I studied law & economics before I followed my true passion for sustainability by taking my master courses in eco-resource management in Vienna and 'Design and Innovation for Sustainability' in England. Ever since I try to contribute to the zero waste movement and combine it with my cooking skills by turning surplus fruits into delicious products with my company Unverschwendet.

David Witzeneder studied Agronomy in Austria and lived in the jungle of Costa Rica. His passion is vermicomposting. He founded the Start-Ups 1000Worms.com and wurmkiste.at where he develops with his team the new generation of wormboxes. His dream is that composting with worms will be as common as having a fridge in the kitchen.

Dmitrij Turaev holds a degree in biology from the University of Heidelberg. During his PhD in genome-oriented bioinformatics at the University of Vienna, he developed data analysis approaches to tackle research questions in computational systems biology. He was one of the main contributors in the discovery of the pathogenic bacterium Helicobacer pylori in Ötzi the Iceman.

Dr. Jama Nateqi is a medical doctor and co-founder of SYMPTOMA.com, a search engine for diseases. He has quit his clinical career and devoted +10 years to research addressing misdiagnosis. The European Commission and the Dutch Ministry of Health have awarded the search engine as best & most promising eHealth solution.

Born in southern Nigeria, where a large number of youths live in vulnerable situation and later spending over 10 years counselling victims of human trafficking in Europe, it was very hard for me to ignore the factors that make young people become vulnerable to this crime. With this knowledge, we developed Joadre, to use fashion as a tool to improve the livelihood of vulnerable groups.

Julian Pöschl is one of the founders of “Train of Hope” and was part of the initial volunteering effort to help refugees at Vienna’s main train station. When he’s not involved in social justice activism, he is working as an event engineer and photographer in Vienna, where he lives.

Michelle Serna is an eighteen year old writer, activist, non-apologist, and self-acceptance advocate. She uses her experience as a beauty queen as a way to combat against the beauty epidemic in today's modern world.

Moritz Gabriel was born 1994 in Pittsburgh, Pennsylvania, USA. At the age of two he and his mother moved back to Austria. Besides getting profound musical education at the school of the Vienna Boys’ Choir, intensive piano lessons (he attended a program for highly talented young musicians), guitar lessons and various performances, Moritz Gabriel always made time for his biggest passions: song writing and listening to popular music. Finding his unique style in song writing was and is a lifelong process. Since 2014 Moritz is studying classical piano and popular piano at the University for Music and Performing Arts Vienna.

Raphael is a software engineer. Over the years he found out he wanted to make the difference in the world. He found a path for that in software development and became fascinated about programming. Some years ago, together with his friends, he started Ludwig Project (http://ludwigproject.com), that intends to introduce music for hearing impaired people and he has been working on it ever since. 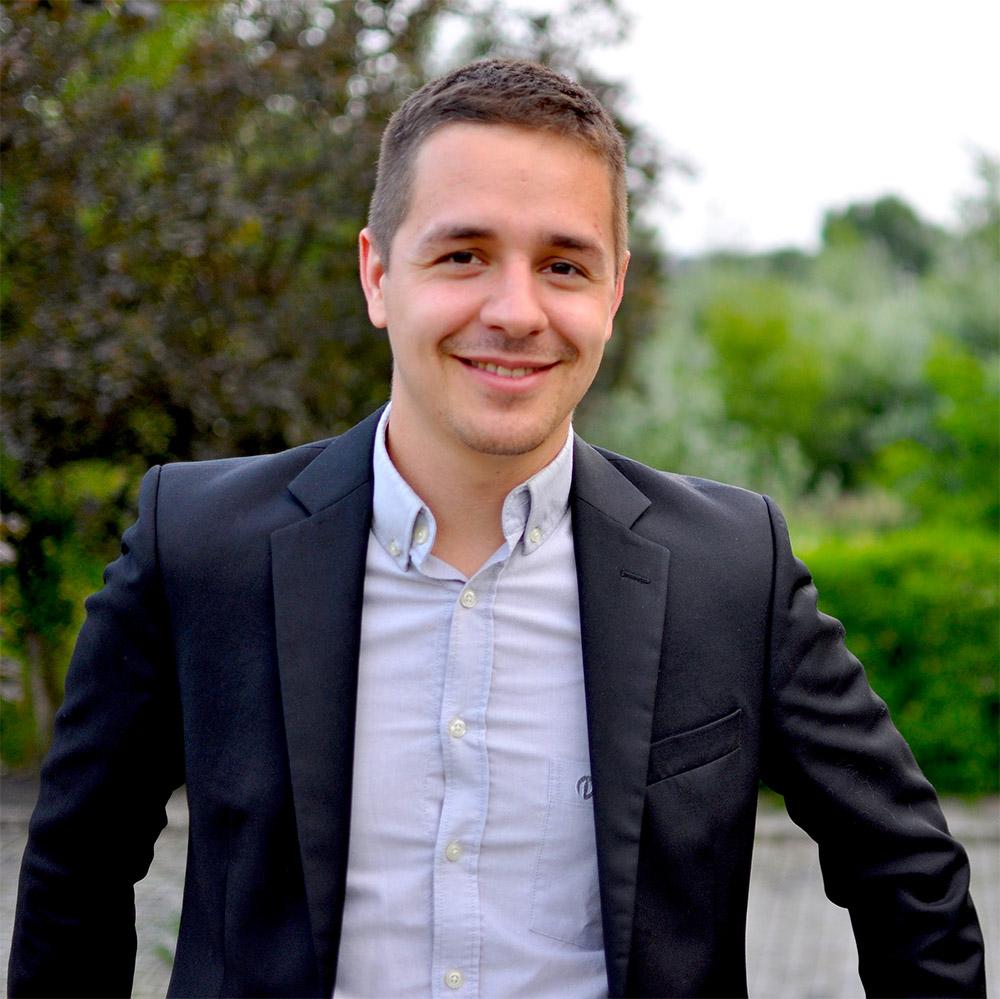