Theme: To the Moon and Back

For centuries, reaching the moon has been a utopian dream of human advancement and space travel. Although it was deemed impossible, people who worked hard on their dreams proved everybody wrong. At TEDxAarhus 2016, you will hear inspirational talks about the work, passion, dedication and failures which enable us to reach impossible dreams.

Andreas Tang-Brock Managing Director Andreas is a locomotive that just keeps moving. His momentum pushes forward, not only for himself, but also for the world around him. He carries people with him on his journey through life. For Andreas, what important the most is to find peace and joy in working with a progress, instead of just achieving a goal. Bradley Duling - Project Manager Bradley is an American project manager, a thinker, and a slackline enthusiast. Bradley has a vision of bringing movement to the whole world. He is strongly driven to make people from all countries, cultures and communities feel passion and joy using movement. Both Andreas and Bradley have been working from day one to build Move Copenhagen—a movement festival celebrating the diversity of movement. They believe that this idea will help people from all over the world to reconnect with their bodies and explore the possibilities of movement.

Camilla is 23 years old and is the Founder and CEO of Lix Technologies, which is the first marketplace for digital textbooks. Camilla started working on Lix back in 2013 at the age 20, decided to quit university to give it a shot, moved back in with her mom, failed with her first IT partner, lost all her money, moved in on her friend’s couch in Aarhus where she stayed for 1,5 years while building Lix. Today she has 16 full time employees in the Aarhus office, closed more than 20 mio. DKK in investments and is now building the company towards being a global player in the learning -and education industry.

Camilla Kring is the founder of Super Navigators ApS and the B-Society. Her mission is to make companies more attractive by increasing the work-life balance satisfaction of their employees. Camilla is a B-person (i.e. a late riser) and she hates mornings. For that reason, she founded the B-Society in 2006. The vision of B-Society is to create later hours of attendance in schools and workplaces so that B-persons could fit in. Currently, the B-Society has members in 50 different countries. Camilla has never been employed by any employer. Based on her PhD research in work-life balance, she founded the consulting company Super Navigators ApS. Since then, she has spent the last 11 years applying her PhD research in practice in various organizations worldwide. “I love TED talks and I do hope that my talk will create more awareness about the discrimination of B-persons (late risers) in today’s societies.”

Christian Knudsen is one of the 100 candidates from around the world selected for a one-way trip to Mars. In 2013, 200.000 people registered for the astronaut selection procedure by the Dutch non-profit organization “Mars One”. Thus, outside his work as a systems engineer, Christian spends his spare time is pursuing various Mars-related projects, such as growing plants in a homemade window-garden, based on simulated Martian soil, complete with a 3D-printed irrigation system. He also breeds mealworms and spends time reading about the raw materials available on Mars and how to utilize them once he is there. “I’m hoping, by means of this TEDx talk, to shed some light on how space and colonization of other planets, can help further the development of human society, both on a technological level, but also when it comes to the social and motivational aspects of our society”—says Christian.

David Erritzoe is a medical doctor and clinical psychiatrist. In the years after finishing medical school at Copenhagen University in 2001, he trained under Professor Marc Laruelle at Columbia University in New York City, and later under Professor Gitte Moos Knudsen in the Center for Integrated Molecular Brain Imaging (CIMBI) in Copenhagen. The subject was molecular and functional brain imaging. In 2009 he completed his PhD on serotonergic neurotransmission and subsequently moved to Imperial College London to conduct post-doc addiction research under the mentorship of Professors Anne Lingford-Hughes and David Nutt. At Imperial, David has been involved in psychopharmacological and brain imaging research, mainly investigating dopaminergic and opioid neurotransmission in addiction. In addition to that, he is part of a research programme together with Professor Nutt and Dr Carhart-Harris conducting research in neurobiology and the treatment potential of MDMA and classic psychedelics.

Erlend holds a Master’s degree in Art History from the University of Bergen and explains that very early in his studies, he fell in love with art and how it would make you think in different patterns. He never dreamt of running a museum, but the job at ARoS is in fact his third of the kind. In his time in the art world, he has curated several exhibitions, including popular ARoS shows such as Monet – Lost in Translation, Out of the Darkness, A New Dynasty – Created in China as well as the current exhibition Robert Mapplethorpe – On the Edge. On his reason for joining TEDxAarhus as a speaker, Erlend says: “TEDx is a wonderful platform to learn and meet new ideas. Just like an interesting art exhibition. To challenge the status quo of your life and be aware of your own limitations is both scary, satisfying and gratifying. That’s why I’m doing, what I’m doing. That’s why I’m participating in this TEDx”.

Jacob Sherson is an established quantum physicist who has, amongst other achievements, set the world record for quantum teleportation. He is the founder of ScienceAtHome, an online gaming platform that democratizes science by turning scientific problems into engaging games. With these games, anyone can make a genuine contribution to scientific research. Now, with the help of gamers around the world, Jacob aspires to create a quantum computer and turn social science inside out with massive multiplayer games! www.scienceathome.org

Mikal Hallstrup is the founder and global CEO of Designit, one of the world’s largest strategic design firms. For more than two decades, Mikal and the now 400+ team at Designit have been working together with clients to translate user needs into compelling products, services and experiences. Mikal is highly focused on usability, user experience, and creating a radically simplified and human-shaped world with design and technology. Design is no longer about beautification; it’s about transformation, driving growth and change across industries and societies. Moreover, design has the power to improve life at a global scale! Besides being an active speaker at global design and business conventions, Mikal also chairs the jury at INDEX:Award, the world’s largest monetary design award for those who create life improving design.

Largely fuelled by coffee and curiosity, Niels Christian is a cognitive music theorist, classical pianist, and neuroscientist who recently completed his PhD. The aim of his study is to investigate how a year-long, intensive training fundamentally changes the way that sounds are processed in the brains of expert musicians dedicating their lives and souls to classical music or jazz. To achieve this goal he used psychological experiments, computational modelling, and fancy neuroimaging. The public defense of his research spurred widespread coverage in national and regional media. In addition to his doctorate, Niels Christian holds colorful diplomas collected on his numerous academic detours home and abroad, including a Bachelor in piano performance and Master’s degree in music theory and the cognitive neuroscience of music.

As an advertising copywriter and creative director, Philip spent all his working life making people desire glamorous products: cars, handbags, holidays. However, deep down, he always had a fascination for the infrastructure of our everyday world. The mundane, ‘boring’ bits and bobs, nuts and bolts, pieces and processes that, behind the scenes, work to make wonderful things possible. Seduced by stories of Danish happiness and work-life balance, in August 2015 Philip and his family left Cambridge and moved to Aarhus, where he continues to run his business “Key Message Expert” and “Discover City”, the online resource for newcomers to Aarhus. “I’ve never expected anyone to share my slightly odd fascination and I certainly didn’t ever regard it as the raw material for a TEDx talk. But, having been very flattered and a little amazed to be nominated, I’m now going to try to surprise and entertain my audience with a tale of glue, sand, hinges… and space travel. In the sincere hope that e

Søren Jakobsen has been working as a chef since the age of 15. During these last twelve years, he has managed and co-owned a restaurant, in cooperation with his companion. Out of those before mentioned twelve years, the last two have been dedicated to his Michelin-starred restaurant, Gastromé—located at the Latinquartes in Aarhus, Denmark. Gastromé has received one Michelin star. His passion for food, wine, quality and creativity makes what he does, both a business and a lifestyle to him.

Thomas ‘VovemoD’ Lütken is a professional Habit Breaker & Adventurer. Through keynote speeches, workshops and everyday experiments, he encourages leaders and employees to challenge their working habits. That is why both his company and his middle name is the Danish word for ‘courage.’ Thomas started looking for a simple explanation as to why big thinkers, explorers and inventors thought that time have managed to create great possibilities for their fellow human beings, while others have not managed to change anything, and might even have been destructive. The conclusions Thomas reached was that there is good and bad personalities in all of us, which can affect our lives. The deciding factor is which one of these personalities we manage to nurture. 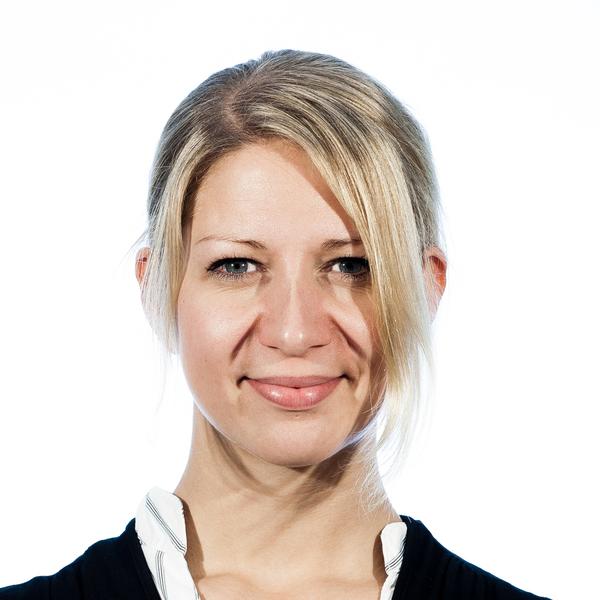 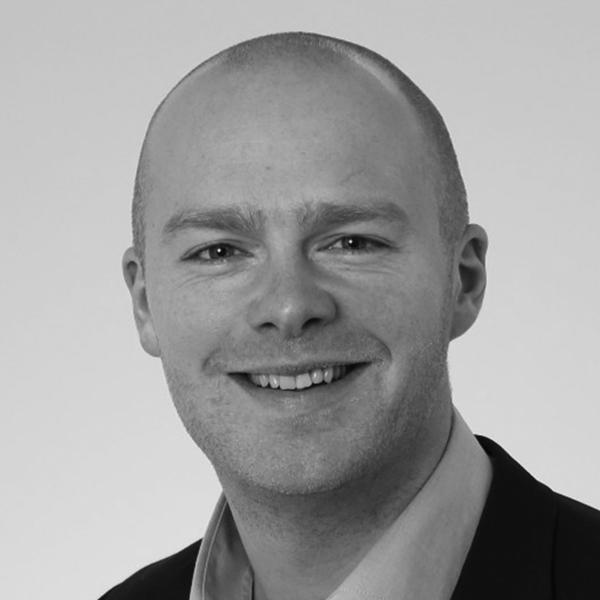