TEDxSurulere is aimed at changing the African narrative; we want the world to hear the different voices that have been simplistically summed up into mild whisperings. We are sharing our stories and reclaiming the African narrative, the easiest way to tell our success stories is to show them. “Ibosam”, the theme of this event, is an Okirika (a tribe in the southern part of Nigeria, West Africa) word for “welcome”. We are set to unveil Africa, the Motherland in its true, rich light. The African narrative to the rest of the world is a mash up of untold and fairly accurate stories. Doing something ourselves because we want it done and done well is our situation; there is no better person to tell our truth than us. Fortunately some of us are not just telling our narrative, they are living it.

Amanda Ihemebiri owes her love of old African architecture to the old cities she has resided in over the years. She studied at the University Of Cape Coast which stands close to the Elmina Castle erected by the Portuguese in 1482. She then returned to Nigeria to serve her country in the old warrior city of Ibadan – another treasure trove of African architecture. She is currently working on a photo project that focuses on the architectural history of Lagos. You can find her work on www.amandaiheme.com.

Itua Iyoha is a passionate food lover and believer in the incredible power of informed food choices. Through her blog, naijaveganchef.com, she advocates a whole foods, plant based (WFPB) diet for its unrivalled health promoting benefits and the freedom to enjoy good food guilt free. You are most likely to find her in the kitchen, creating delicious WFPB recipes using local ingredients. When she is not cooking, reading, or jogging across the Lekki-Ikoyi Bridge, she moonlights as a consultant at a Big Three management consulting firm.

Kemi Windapo is a doctor

Kola Tubosun is a Nigerian creative writer, linguist, editor, and teacher, whose work spans the fields of education, technology, literature, journalism, and linguistics. He is a Fulbright Fellow (Southern Illinois University, Edwardsville, 2009) and recipient of the Premio Ostana Special Prize for Mother Tongue Literature 2016. He writes in Yoruba and English and translates between both languages. He has edited two volumes of student-written anthology of creative works called The Sail. He was the editor of Aké Review 2015 and the NTLitMag from 2012 – 2015. His chapbook – Attempted Speech & Other Fatherhood Poems was released by Saraba Magazine in September 2015. He currently works as a curator of YorubaName.com.

Michael is a Metrics and Data Analyst by day. He has an interest in human behaviour, interactions and subliminal perception. He’s also interested in books and reading. He runs an online book club. He loves memory stunts and playing Chess, his favourite opening line is the Ruy Lopez

Olabukunola Williams (Buky) is a Coordinator for Nigerian Women in Agricultural Research for Development (NiWARD). She works with accomplished female Agricultural Research Scientists to transfer knowledge, research expertise and skills for the development of rural smallholder farming systems in Nigeria. Prior to moving back to Nigeria to work with the Initiative, she was the Darfur Dream Team Sister Schools Program Manager at the Enough Project, a project of the Center for American Progress to end genocide and crimes against humanity She realized her deep commitment to global issues, economic development and gender equality while receiving a Bachelor’s degree in Global Policy Studies at Chatham University. She also holds a Master’s in International Peace Studies with a focus in Development and Peace from the University for Peace in San Jose, Costa Rica 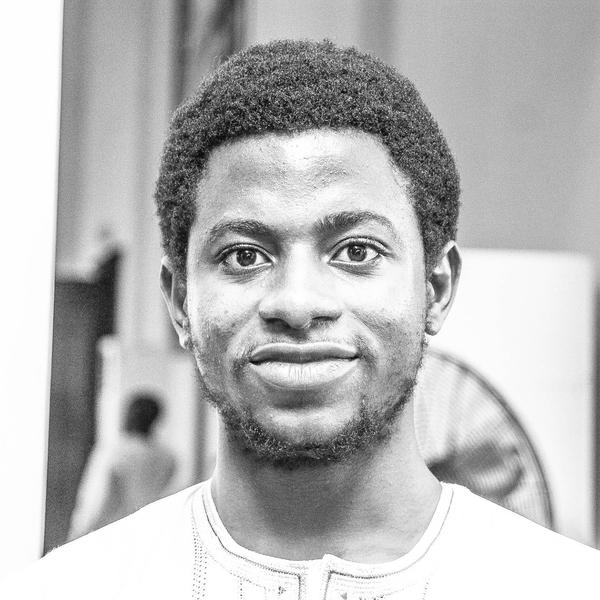