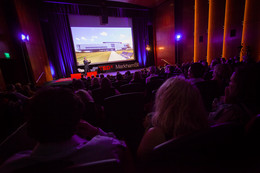 Ana Kilani loves life; she is the Founder and CEO of Greenhaus x Sustainable, an avid nature lover, an artist in her free time, and an Auntie to two adorable boys. Ana is on a mission to to promote the production and consumption of what she calls "good goods." She started Greenhaus in an effort to answer three pressing and timely questions: How can we best support the future production of ethically made goods? How can we effectively reuse goods that have already been made? And, how can we efficiently repurpose goods that have the potential for a new life? Ana’s studies focused on Fine Art while in college and Philosophy while in graduate school. After completing her studies, she went on to work for a few start-ups’ and in November of 2015, launched her own. Ana splits her time between Arkansas, where Greenhaus is based, and Rhode Island, where the love of her life is currently completing his PhD.

Christina Littlejohn joined the Arkansas Symphony Orchestra as Executive Director in June of 2009. In the last six years, the ASO has balanced its budget, increased overall concert attendance, been recognized by Arkansas Business for its excellence in Governance, and received national grants for community outreach. Littlejohn was a finalist for the Executive Director of the Year for Arkansas Business and is currently Chair of Group 3 Orchestras for the League of American Orchestras. In 2013, she was selected to participate with 49 other arts leaders from around the world in National Arts Strategies Executive program. Littlejohn’s education includes Masters of Business Administration and Masters of Arts Administration, from the University of Cincinnati; Bachelor of Arts in Music, Furman University, Greenville, South Carolina.

Deni Ellis Béchard is an author and activist. He has published three books and has two more forthcoming this year. His first book won the Commonwealth Writers' Prize, and his articles and photos, most often about conservation and human rights, have appeared in dozens of magazines. One of his photos of Afghan women cyclists has been exhibited in the Canadian Museum of Human Rights. After three research expeditions to learn about conservation in the Democratic Republic of the Congo, he published Empty Hands, Open Arms: the Race to Save Bonobos in the Congo and Make Conservation Go Viral.

Douglas Hutchings is a founder, CEO and accidental angel investor. Douglas founded Silicon Solar Solutions (SSS) while still pursuing his Ph.D. at the University of Arkansas and secured seed funding for the venture 9 days prior to successfully defending his dissertation. Upon graduating he hired himself as the third full-time employee with the responsibility of continuing to oversee the technical and business development of the interdisciplinary staff of eight people. Picasolar Inc, was spun out of SSS in 2012 and as the CEO of SSS and Picasolar, Douglas led the team to compete in 23 international business competitions where they placed in the top three/finalist in every competition and won 12 of them outright. One result of this was securing an invitation for the whole team to close the NASDAQ. Douglas was named one of Arkansas Business “Top 20 in their 20s”, a Northwest Arkansas Business Journal “Fast 15”, and a “40 under 40”.

Professor, Director of Emerging Analytics Center at the University of Arkansas at Little Rock.

Dr. Julien C. Mirivel (Ph.D., University of Colorado at Boulder) is a teacher, writer, and speaker whose mission is to inspire people to communicate more positively at work and at home. He currently serves as Associate Professor of Speech Communication and Interim Associate Dean at the University of Arkansas at Little Rock. He is an award-winning teacher and researcher whose work is impacting how people interact with one another. His book, “The Art of Positive Communication,” offers a research-based model of positive communication that can be used by anyone who wants to create better social worlds.

Dr. Moore has devoted most of his life to improving the lives of others. For more than a decade he worked to secure equal access to justice, especially for the poor charged with criminal offenses. His efforts in this area contributed to important legislative reforms that impact countless lives of indigents in the criminal justice system. For his efforts, the State Bar of Texas created an annual award named in his honor. Today, Dr. Moore’s driving passion is to broaden access to high-quality, affordable and workforce-relevant education opportunities for adult learners. His experience in building, launching and managing innovative online degree programs has provided opportunities for students to realize their academic dreams. As a first-generation college student, he appreciates the transformative power of a college education and he strives to provide that opportunity to others. Dr. Moore is currently building a new university – the University of Arkansas System eVersity.

Glenn Pait, MD, is the Director of the T. Glenn Pait Spine Clinic located in the University of Arkansas Medical Sciences (UAMS) Jackson T. Stephens Spine Institute. Dr. Pait went to medical school and completed his residency in Neurological Surgery at George Washington University School of Medicine. He completed medical school in 1981. He is a fellow in the American College of Surgeons and the American Association of Neurological Surgery. Dr. Pait is the co-creator and co-host of the popular weekly radio show "Here’s to Your Health." It is produced in the US and broadcasts online and on various NPR affiliate stations.

The course of life for the 30-yr-old Yang Luo-Branch is a series of adventures for discoveries. Born and raised in China, Yang moved to West Texas at 24 after finishing her bachelor’s degree in Architecture. During the first four years of adapting to American culture, Yang not only obtained a master’s degree in Sociology and a PhD degree in Land-use Planning and Design, she also grew to love the landscape and people that are dramatically different from those she grew up with in China. She discovered that developing the bond with places is a beautiful and magical thing. Dedicated to being an artist, cartographer, author and entrepreneur, Yang is an advocate of education and life-long learning. She is a wife to her Houston-born husband Andrew, the only child to her parents who still live in China, and a friend to many, who are mostly older, wiser and funnier than her. Yang discovered that it is the meaningful relationships with people that make life worth living.

Holly Fish has been an advocate and thought leader for women in business for many years. As a board member of WIN (Women in Networking) of Northwest Arkansas, she played a vital role creating the look and feel of WIN which is now the largest women’s networking group in Arkansas. Holly speaks to women groups locally and nationally on understanding that truly supporting female business leaders ensures that if “she” is winning, you W I N as well. She was voted “Most Powerful Woman in Volunteerism” by AY Magazine in 2014; in 2010 she was named “Women in Business Champion of the Year” by the U.S. Small Business Administration Arkansas District. Her work empowering and uplifting women is never ending and she proved this once more as Vice Chair, soon to be Chair, to the recent conception of the first Arkansas Women’s Hall of Fame Museum which is currently a traveling museum that will be housed in Central Arkansas.

Founder of The Watson Foundation & the Watson Institute

Michael Watson is the Founder of The Watson Foundation & the Watson Institute. Over the past two years he has been working with students with learning disabilities in the Arkansas Delta. Born in our nation’s capital, Michael has dedicated his life to public service and has work on Capitol Hill in numerous roles most recently as a fellow with the Senate Special Committee on aging dealing with Jamaican Phone and Publishing Clearing House Scams. His work with students at the Arkansas Student Leadership Initiative Summit, Lead to the creation of the Education app 15% solutions which is aimed to help High Students with learning disabilities by receiving free tutoring services and creating lessons plans based off their individual disability. Michael is also a Bringing the Lessons Home Ambassador for the United States Holocaust Memorial Museum and a proud member of the UDC alumni association.

Nicole Hart is a combat Veteran of the Iraq War. Nicole was deployed to Iraq in 2004 with the 39th Infantry Brigade. She was a member of Headquarters Company Support Battalion. She is the founder of ARVets and in this capacity has worked on the front lines working to improve the overall quality of life for Arkansas Veterans. When Governor Beebe took office in 2007, he tapped Nicole to serve as his military and veterans affairs advisor. She also represented the office of the Governor on the FBI’s Joint Terrorism Task Force (JTTF), to consistently evaluate homeland security within the State of Arkansas. Nicole also had oversight over both military and veteran state departments, along with Arkansas Department of Emergency Management, and served as the law enforcement liaison, to that end she was responsible 30 boards and commission as a special liaison from the Governor’s office. She currently serves on the Arkansas Veterans Commission by Governor’s appointment.

Rupa is an entertainment entrepreneur based in Los Angeles. She is the Co-Founder & CEO of World Woman Foundation, a global stage for women voices and Dash Global Media, a leading entertainment company in Los Angeles. She is also associated with Brillstein Entertainment Partners, an organization regarded as the premier entertainment management group in Hollywood. An ardent advocate for social entrepreneurship and leadership development for women in business and entertainment Rupa is involved with UN Women and Hollywood Film Festival advocating Gender Equality in Film and Entertainment Industry. She is the first Indian American Managing Director of the World’s Largest Women Entrepreneurship Network recognized by White House and the first women to receive the International Telecom Union Award from United Nation. Rupa attended the Anderson School of management at UCLA, Los Angeles and focused on Entrepreneurship and pursuing her MBA at the University of Arkansas at Little Rock (UALR).

Tim Whitley can be described as a positive leader, innovator, hard worker and team - focused. Passion has been in his blood since he was a small child. Tim is currently leading his team of 82 employees at Team SI in innovating over 350 companies in the automotive, agriculture and equipment, healthcare and higher education categories. Tim has built Team SI on passion and innovation – values that have resulted in Team SI being named to the Inc. 500 as the 276th fastest-growing company in the country. No Arkansas company has been named to the Inc. 500 in years, and only one in the history of the Inc. 500 rose above number 276. Team SI is a digital marketing firm made up of designers, strategists, and marketing specialists that help create positive brand experiences for its customers through social and digital platforms. 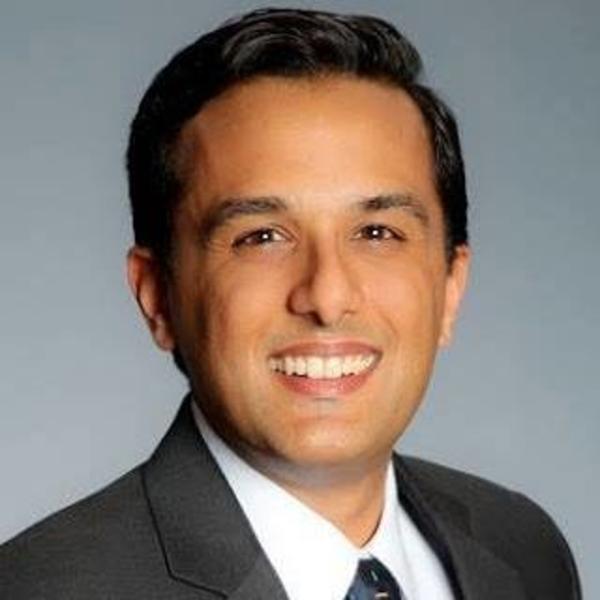 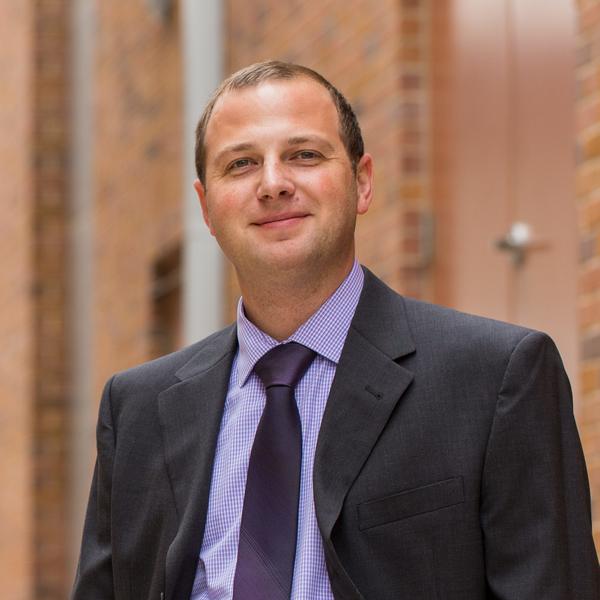