Theme: The BIG Questions of Next Generation 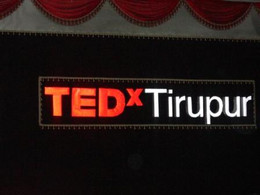 Anusha Ravi Mahesh is the curator and Licensee of TEDxCoimbatore and the CEO of Park group of Institutions managing 15 institutions with more than 10000 students. She got her Masters degree from Old Dominion University, USA and is currently pursuing her doctoral research study.

A Banker Turned Theologian Shri Arun Madhavanji born in a family of eminent scholars, became the First Chairman & Trustee of The Art of Living Organisation. He is an MBA from the well known IIM Ahmedabad. He served on the Prime Minister's Special Committee for Model Village Development Program in 1975-76 under the 20- Point program of GOI.

T Chendil Kumar or CK as he is known is a trainer, teacher and toastmaster. Speaking well is vital in all these roles. And if you have heard CK you will understand on why he is such a sought speaker. A redeeming feature of CK’s talks has been his sprinkling of relevant humor in his talks and programs CK switched to training and speaking at the age of 45 after more than 20 years in sales, marketing and entrepreneurship because he enjoys - connecting with people and enabling confidence in them.. He is a trained Civil engineer and a trainer by choice Encouraged by Dr DVR Seshadri, CK has been teaching at various MDP programs conducted in IIM Bangalore as a Guest Faculty since 2003. He is a Program Director along with Dr Suresh Bhagavathula of “Strategic Persuasion and Negotiation Skills” offered by NSRCEL at IIMB. He is an Adjunct Faculty with Manipal Institute of Technology . He is associated with NIT Trichy by regularly conducting workshops on Persuasion for their E Cell.

Dr.Prahalathan is the co-founder of Bhumi - one of India's largest independent youth volunteer non-profit organisations. Bhumi is involved in supplementary education for under-privileged children in Tamil nadu, Karnataka and Punjab. He is also a doctor - currently a Resident Ophthalmologist at a leading Eye Hospital in, Chennai, India. Here are the articles about him from Hindu, YourStory.in etc..

Founder of famous training and development Company called “Taalk shop Academy”. The company with variety brains is enhancing the brains of India. They train students of schools and colleges and employees of different organizations to develop their life skill and also prepare them to compete with this corporate world. Taalk shop Academy Media school trains aspired students to become an on air talent. This company also does the operations of Producing and directing corporate films, Documentaries, Ads, serials, etc

Hiphop Tamizha is an Indian musical duo consisting of Adhithya "Adhi" Ramachandran Venkatapathy and Jeeva R. based in Chennai, Tamil Nadu.[a] Initially underground since their formation in 2005, the duo achieved wide recognition through the track "Club le Mabbu le"; a radio performance of the song received over two million views within a week of its release on YouTube in 2011. The international brand Remy Martin, after hearing the song and being impressed with their determination, eventually launched Hiphop Tamizha as an official brand. In 2012, Hiphop Tamizha released their debut album Hip Hop Tamizhan, which is India's first Tamil hip hop album. It was a major critical and commercial success. While the duo are primarily independent musicians, they have also contributed to numerous works outside independent music, such as composing and performing music for films. They have also launched a clothing brand.

Satish Babu, an alumni of IRMA, is the President, co-founder and Chief Technology Evangelist of InApp. Previously he has been the CEO of the SouthIndian Federation of Fishermen Societies (SIFFS). He is currently the Director, International Centre for Free and Open Source Software (IC-FOSS), Govt. of Kerala, Trivandrum, from March 2011.

Velicham is a women student empowerment community started by Sherin Asha. She is devoted to the enchancement of the local women in Tamil Nadu, India.

Vikram is actively involved in the field of Education. He is the promoter of CS Academy, a CBSE school in Erode, Tamil Nadu, India. The school was commissioned in 2009 and has grown to a strength of 1000 students for the academic year 2010 – 2011. He is also the director of Thinking Palm, an education services enterprise that provides career guidance to school students. He is also a presenter at leading business schools like INSEAD. Vikram holds an MBA from INSEAD. He was one of the youngest surgeons to receive the Diploma of Fellow of the Royal College of Surgeons (FRCS) in the UK. He obtained his bachelor's degree in Medicine (MBBS) from the Madras Medical College, India, where he was fully sponsored for securing the first rank in the state of Tamil Nadu in the school leaving examinations. In Feb 2009, Vikram was selected as one of the top 25 executives in India under 40 by Business Today Magazine. 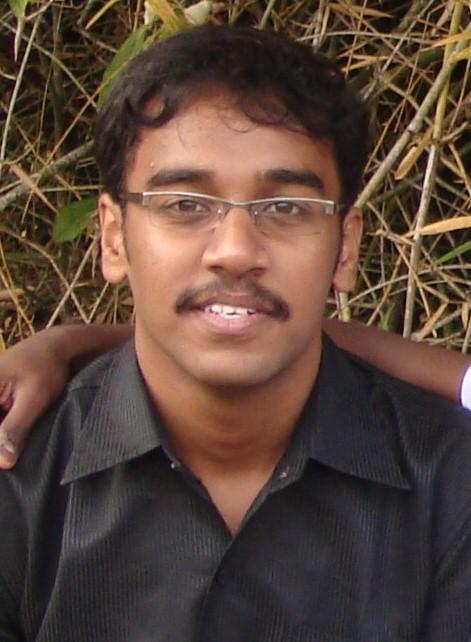