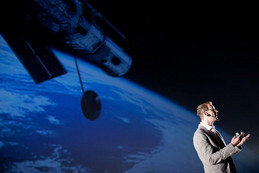 Cristian is a speleologist and the chief editor of National Geographic Romania, constantly promoting natural heritage, supporting exploration, research and conservation efforts. He discovered about 35km of cave galleries together with his teams. One of his most recent explorations (2003) is in the Park Buila Vînturariţa, probably deepest and most beautiful cavity in the area.

Toma is a full time paragliding adventurer. His first paragliding adventure dates back to 1991. Ever since he has taken part in many competitions , both national and international: Red Bull X-Alps, Rimetea Paragliding Festival, European Paragliding Championship in Abtenau Austria, Trofeo Montegrappa in Bassano Italy, the Romanian PG Open and many others.

Vlad combines psychological techniques, suggestion, misdirection, sleight of hand and a lot of intuition to create the illusion of a sixth sense. He is a true showman, an entertainer in the real sense of the word and his shows capture even the most skeptical spectators attention. He is the first to bring the concept of mentalism and stage hypnosis to Romania and he’s renowned for his skepticism regarding the paranormal.

Steven is author of the bestselling book ‘Made in Britain’, which was sponsored for schools throughout the UK to inspire positive role models. Ria Bintan Golf Resort Complex in Bintan, Indonesia, Regent Heights Condominium complex in Singapore and Monte Casino Entertainment Complex in Johannesburg amongst others, his experience is a variety of large developments which have broad cultural influence from a worldwide perspective.

Christian is Co-founder and Head of Sandbox Live! at Sandbox, the leading global network for the most inspiring innovators below 30.He acts as Special Advisor for social entrepreneurship and community matters at the National Consortium of University Entrepreneurs (NACUE), and has been selected as one of The Daily Beast’s “300 world class influencers to reboot America”. Related to a PhD on the dynamic interplay between social networks and (social) enterprise performance in emerging markets, Christian teaches entrepreneurship at the London School of Economics (LSE).

Joe is an astronomer at the European Southern Observatory (ESO) in Garching, Germany, working in the E-ELT Science Office. He is also the host of the ESO video podcast. Previously, he was an ESO Fellow and before that a postdoc at the Universities of Edinburgh and St. Andrews. He obtained his PhD from the University of New South Wales. Joe spent half of his time working on the European Extremely Large Telescope (E-ELT). This (future) giant telescope will be Europe’s premier ground-based optical and infrared facility in the coming decades.

Mru has a successful track record investing in various real estate investment projects, in the social media and health industry.He has personally invested in, developed and portfolio managed project in Europe, UK, USA, and India. Following 1.5 years of detailed research into EU emerging markets, Mru established a real estate investment fund for Romania in June 2004. He was responsible for deal sourcing, co-insting, operating and managing that fund as chairman/advisor to the fund and has since built significant asset base, deal flow, SPVs with project, market knowledge and contact networks.

Edmund is the founder of Batley Partners, an architecture, interior and graphic design consultancy, with offices in Johannesburg, Dubai, Jeddah, London and Abu Dhabi. From KNSM Eiland residential complex in Amsterdam to Mega Mall shopping centre in Jakarta, Indonesia, Steven has also written ‘Brilliant Networking’ which was featured by the Independent in their ‘Success at Work’ series and recommended by the Telegraph and the Times. He is currently an Executive Fellow at the Instituto de Empresa (IE) in Madrid, Spain.

Dan is an artist, writer and cartoonist who over the past decade has created drawings in museum spaces, one of which in the Museum of Modern Art in New York City.The drawings present a political commentary in response to current events. Another exhibition of Perjovschi’s within a Portuguese bank consists of several comic strip style drawings which address more European issues such as Romania’s acceptance to the EU and abortion legalization in Portugal.

Horia is the first Romanian to reach the summit of K2, Manaslu, Dhaulagiri and Annapurna and receiver of the “Spirit of Mountaineering” award. In 2010 he was awarded “Athlete of the Year 2010 at Climbing” granted by the Romanian Federation of Mountaineering and Climbing.

Alex is the director of several award-winning documentaries – including the New York Times Critic’s Pick THEY CAME TO PLAY, and KIDS WITH CAMERAS, chosen by the US State Department to be part of its American Documentary Showcase in countries all over the world. His most recent project, SHAKESPEARE HIGH, a feature documentary executive produced by Kevin Spacey and starring Spacey, Richard Dreyfuss, Mare Winningham and Val Kilmer, is about teens improving their lives through theater and has just premiered at the Tribeca Film Festival.

Feliks is the co-founder of eVigilo, a company with the mission to enhance emergency responders’ mass notification capabilities by using a geo-targeted multi-channel alert and notification system reaching millions of people within seconds. The solution that has been successfully deployed by multiple countries around the globe, among others by the Israeli Home Front Command and the Chilean Emergency Management Authority.

Dumitru is the founder of the Romanian Cosmonautics and Aeronautics Association. In 1998, together with a group of students, he created ARCA and soon, rockets as Demonstrator 2 and 2B were build.In 2003 ARCA joined the X Prize Competition and Dumitru represented the team to the major XPF events, such: X Prize Teams Meeting (2004), X Prize Gala (2004) and X Prize Cup (2005, 2006). In 2004 Dumitru was designer and coordinated the launch of Demonstrator 2B rocket from Cape Midia Air Force Launch Base. Demonstrator 2B was world first rocket equipped with completely reusable composite materials monopropellant rocket engine, ever to fly. Dumitru was designer for ARCA’s X Prize class vehicle Stabilo and coordinated the Mission 1 and 2 flights as well as all ground tests of this vehicle. During the ARCA’s Google Lunar X Prize program Dumitru will be the team leader as well as the propulsion engineer.

Alexis is the co-founder and CEO of eRepublik Labs. eRepublik (one of the top 25 European start ups according to TechCrunch) is transforming the way strategy games are created, distributed and played by leveraging the power of communities and the Web. Prior to eRepublik, Alexis was with lastminute.com for 6 years right up to its 1b$ trade sale to Sabre in 2005. Alexis is also the non-executive chairman of the video and music centered online community trilulilu.ro, the n’1 Romanian website.

Cristian is the creator of FlairBuilder, a prototyping and wireframing tool for websites, RIAs and iPhone applications. You can check Flairbuilder at http://www.flairbuilder.com. Cristian is 30 years old and has graduated from the Faculty of Physics. He is passionate about programming, guitar, piano and the physics of elementary particles.

Kobi graduated from Bezalel academy of art & design, Jerusalem 2001, specialized in footwear design and development & working as a freelance designer eversince. “In my artistic footwear design the shoe is my canvas. The trigger to create a new piece comes when an idea, a concept and/or an image comes to mind. The combination of the image and footwear creates a new hybrid and the design/concept comes to life. The piece is a wearable sculpture. It is “alive” with/out the foot/body. Most of the inspirations are out of the “shoe-world”, and give the footwear an extreme transformation. The result is usually humoristic with a unique point of view about footwear. Another aspect of the creation is the realization. All the pieces are hand-made in my studio. The challenging technical development is the key to bring the design to life in the best way.”

Gerry was born in New York City. His first job he actually liked (besides driving a taxi) was an unpaid internship at public radio station KPLU in Seattle, WA. In 2000 National Public Radio hired him as its Mexico, Central America and Caribbean reporter. It is in thie period when he wrote his memoir, NEVER THE HOPE ITSELF: Love and Ghosts in Latin America and Haiti. In 2004 Hadden moved to Barcelona with his partner, Mouche. Since then, he’s been the Europe Correspondent for Public Radio International’s The World. He and Mouche have two children, Lula and Nino.

Ionut and Ana are architects who decided to meet their dream of seeing the world. For over 150 days they are crossing Africa on a motorcycle. They have also traveled independently in Europe, Turkey, Hong Kong, the Philippines, Thailand, Cambodia and Sri Lanka by car, scooter and other means of transportation. They are passionate about snowboarding, diving, photography and biology. You can find out more about them at http://blog.intotheworld.eu/.

They are a Romanian family living at the ocean in an eco-village in Brazil. Not breathing the dust of the city, no everyday problems, bills, meetings or crowds. You can find out what they are up to at http://viataprinbalonulroz.ro/.

2x architect + environment engineer + journalist + sociologist + ambulance + 16000km= Paramongols. To climb into a “resurrected” ambulance and to drive it halfway around the world is undoubtedly a great adventure. Between adventure and charity, Paramongols enriched both Mongolia and our souls.

Teo is the co-founder of the 99 Comedy Club. He talks with black humor about the small things of everyday life that happen to all of us. He dissects various behavioral automatisms and stereotypes and acknowledges them, puts them in a slightly ironic light, with a frankly astonished air and makes people laugh.