The theme for this year’s edition is Prejudices’ Pride. This is an interdisciplinary conference under a license from TED (www.ted.com). The theme for this year’s TEDxMoscow was chosen to encourage a discussion about the impact of prejudices and preconceptions on our life. As usual, this event will bring not only intellectual pleasure for listeners but also a collection of amazing ideas worth spreading.

Why do some ideas instantly conquer the world, while others take centuries to get accepted by the public? Why does truth so often give rise to a dispute? Which prejudices hamper science? Which ones are, on the contrary, absolutely scientific?
Not every assumption is confirmed by an experiment. Not every scientific discovery is free from disappointment later on. Not every hypothesis hits the target. Moreover, even TED talks sometimes do not stand the test of time.

A lofty list of false assertions, outdated theories and not confirmed assumptions - isn't this an exciting topic for a conference? But this is not what we are going to talk about.

Over the past few years, we have often heard change agents tell us where to expect growth and innovators have described the technologies of the future. We have heard such talks so often that a question comes to mind: how do we decide which ideas are worth spreading? Who decided what the future would look like? Why isn't it there yet then?

Since its first event, TEDxMoscow has been looking for answers to the question of where our ideas of the world come from and how opinions are formed. Are we in thrall to prejudices? Are we free to decide what to decide? What came first: a conception or a preconception? Can we stop being biased? "Ideas worth spreading", the constant motto and driving force of TED, are becoming the object of study themselves.

TEDxMoscow is inviting you to follow a difficult path of exciting ideas that come into the world. Follow the route from an assumption to a prejudice, from a guess to a discovery, from obscurity to fame. And then question everything you are so sure of.

Laureate of the TEFI award, annual award given in the Russian television industry. In the past - a regular author of the series of TV transmissions "Profession: Reporter" on Russia's NTV channel. In 2010 he became the winner of "Rain Man" prize, for “the actualization of protest against Nazism in modern society” awarded by “Silver rain” radio station. Since 2013 Andrey Loshak works at "Rain" TV channel, where he previously produced plotting for Leonid Parfenov’s the authors broadcast.

Anna Sonkinа is a pediatrician, palliative care physician and specialist and trainer of healthcare communication skills. She started her professional path working in the First Moscow Hospice, then continued in the developing system of pediatric palliative care, having received education at Cardiff University (Wales, UK). During work in palliative care developed an interest in medical ethics and clinical communication. Anna currently practices as a general pediatrician. Author of popular resources on child health and vaccination. Expert at "Live Now', a charity that supports patients with ALS (amyothrophic lateral sclerosis) and their families. Member of the European Association for Communication in Healthcare and its teaching subgroup. Author of the physician education project for clinical communication soobshenie.com. Trainer at Sechenov Moscow State Medical University.

PhD in History, anthropologist. Teacher assistant, Department of Ethnology, Moscow State University; research fellow, Institute for Social Development Studies, Higher School of Economics. Research focus – ritual space and ritual dynamics in Chukotka, conducts fieldwork in Chukotka and in Khanty-Mansi Autonomous okrug, author of more than 20 academic papers on history and culture of the indigenous Siberia. For the last two years conducts fieldwork among the Muslim migrants in Moscow. Journalist, Moscow urban researcher, curator of the research project “History of the House on Bolshaya Sadovaya Street” launched by the Bulgakov Museum http://dom10.bulgakovmuseum.ru/. His book “History of Moscow houses told by its inhabitants” is in print.

Outstanding Russian violinist. Honored Artist of Russia. From 1998 to 2005, the first violin of "Soloists of Moscow" ensemble by Yuri Bashmet. Performs as soloist and ensemble player with outstanding maestros, orchestras and musicians, including Gidon Kremer, Theodore Currentzis, Natalia Gutman, Yuri Bashmet, Viktor Tretyakov, Alexander Knyazev, Mario Brunello. A permanent invitee concertmaster of MusicAeterna Orchestra and the Royal Opera House in Madrid. Author of many iconic musical projects and the first performer of many modern works including Britten's double concert with Yuri Bashmet. Last year one of the most famous contemporary Russian composers Sergei Nevsky has written violin concerto specifically for Elena Revich. The premier of the concerto took place at the Festival of Contemporary Music in Frankfurt in January 2016.

Elena Rydkina - sex evangelist of new dating application “Pure” (pure.dating), co-founder of conference "Sexprosvet18 +" (sexprosvet.me). 2013 – graduated as a Bachelor from the Sociology Faculty of HSE (hse.ru). 2013 - 2014 worked as a manager for communications in Russian biotech startup. In 2014 worked as a research assistant in Neuroeconomics Center for Cognitive Studies of HSE. In 2015 worked as a technology evangelist in US biotech startup. In October 2015 with a group of associates launched “Seksprosvet18 +” project - a series of interdisciplinary scientific and popular conferences for adults. Since December 2015 began working as Pure app sex-evangelist.

Gijs Ockeloen co-owns design consultancy studio ReframingStudio. Gijs has a keen interest in the design discourse. During 2010 and 2011 he was a member of Premsela's 'Peoples Republic', which was Premsela’s advisory committee on ProAm Culture. These days Gijs is interested in technological history as well as new media's and digital culture's implications on product design, service design, architecture, public space and society in at large. Gijs joined Philips Design in 1987 to gain experience developing medical equipment and industrial electronics. His designs marked a new approach in Philips’ attitude towards health care. They were widely published and won prestigious international awards. In 1991 he founded his own studio dedicated to developing products for professional users: industrial design with Maurits de Koning. In 2006 this studio merged with Reframing Studio, which he co-owns with his business partner Matthijs van Dijk.

Ilya Sachkov is the founder and CEO at Group-IB. Ilya was born in Moscow in 1986, studied advanced Mathematics, Informatics, and Physics in high school. In 2009, he graduated with honors from the Department of Information Security, Faculty of Informatics and Control Systems at the Bauman Moscow State Technical University. Ilya Sachkov has won a number of awards for his technological and entrepreneurial achievements. In 2010, he became the first Russian to win the Digital Crimes Consortium award for his contribution to international exchange of experience in the field of computer forensics. In 2016, Ilya was named to Forbes 30 Under 30 list of the brightest young entrepreneurs under 30, in the Enterprise Tech category. Since its foundation in 2003, Group-IB has become one of the leading international companies specializing in the prevention and investigation of high-tech cybercrimes and fraud (Gartner has included Group-IB in their report on Cyber Intelligence).

Detsl aka Le Truk is a Russian hip hop artist. He graduated in Switzerland and the British International School in Moscow. In 1999, Detsl made his debut in the Russian rap scene with the album Who Are You?. In 2001, he released his second album, Street Fighter. After working for three years, Detsl released "Aka Le Truk", his third record, in 2004, signaling that he changed his stage name to Le Truk . Detsl's fourth album, MosVegas 2012, was released in January 2008. In 2010 was released the his fifth album "Here and Now", and in 2014 was released two albums - "DancehallMania", recorded with Jamaican musicians, and "MXXXIII", recorded in English and Russian languages.

Dr. Noam Shomron heads the Genomic Intelligence Research Laboratory at the Faculty of Medicine at Tel Aviv University. Prior to this appointment Dr Shomron trained at Massachusetts Institute of Technology (MIT). Dr Shomron leads a multi-disciplinary team of scientists: biologists, physicians, engineers, bioinformaticians and mathematicians that aims to deepen our understanding on the development of diseases in order to generate a significant impact through translating ideas into clinical reality. Shomron is also the Editor-in-Chief of ‘Genetics Research’ (Cambridge University Press); Director of Rare Genomics Israel a non-profit organization that assists children and families with undiagnosed genetic disorders; Academic Director of BioAbroad; Co-founder of several Biotech companies including WHD, GotSho and Variantyx.

Founder of the Mars Society

Dr. Robert Zubrin is President of Pioneer Astronautics, an aerospace R&D company located in Lakewood, Colorado. He is also the founder and President of the Mars Society, an international non-profit organization dedicated to furthering the exploration and settlement of Mars by both public and private means. Formerly a Staff Engineer at Lockheed Martin Astronautics in Denver, he holds a Masters degree in Aeronautics and Astronautics and a Ph.D. in Nuclear Engineering from the University of Washington. Zubrin is the inventor of several unique concepts for space propulsion and exploration, and alternate fuels development, the author of over 200 published technical and non-technical papers in the field, and is the holder of 15 US Patents, and has several more pending. Dr. Zubrin is known internationally as one of the most creative engineers working in the aerospace industry today, and he and his work have been subject of much favorable press coverage. 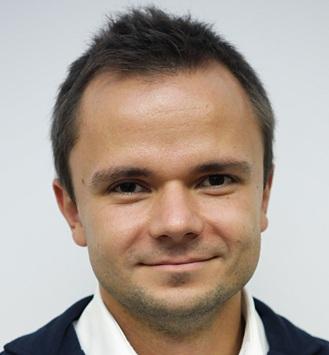 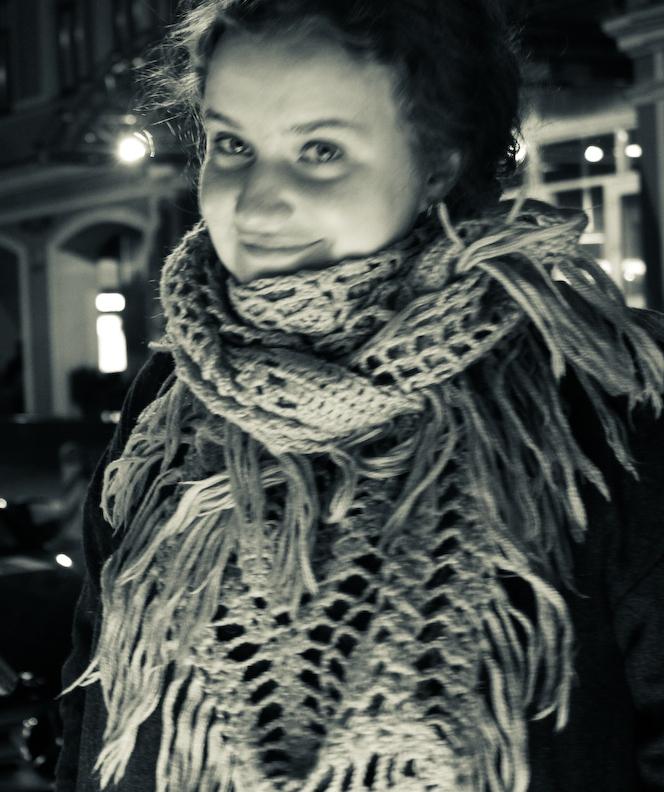