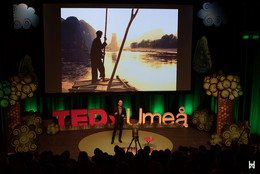 The general idea that has guided the thought process for TEDxUmeå 3.0 is “challenging the norm” in every possible context. A theme that is representative for the young and progressive university city of Umeå as well. Every speaker that will take the stage in May will give you a story about a new way of addressing a subject or looking at a certain phenomenon. It is norm-breaking and norm-breakers that lead to change and ultimately evolution. We want to lend our ears to them. We want to bring as many ‘aha-moments’ as possible to our guests and participants.

PhD in Risk and Decision Analysis, has worked as a risk and decision expert at Swedish Nuclear Fuel and Waste Management Company (SKB) when the decision was made about where to store the nuclear fuel in Sweden the next 100,000 years. Prior to that, he was Head of Business Intelligence at the largest Swedish management and IT consulting company. Today, Ari works as a consultant, researcher, speaker and advisor. He is a member of the Decide Research Group at Stockholm University and is a columnist at CFO World. He has redrawn the decision making maps of thousands of people and numerous companies, and helped people to make life changing decisions.

I’m a professional adventurer and motivational speaker. At the age of 9 I had cancer surgery and ended up in a wheelchair. I made the decision to not let the wheelchair hold me back but instead to see what possibilities it could give me. I travel the world and push myself in extreme mental and physical challenging adventures to inspire people to push their own limits. Among other things I have competed in four Paralympic games, arm-cycled from Sweden to Paris and was the first person ever in a wheelchair to summit Sweden's highest mountain Kebnekaise. Most recently I swam across the sea from Sweden to Finland and in January 2016 I summited Mt Kilimanjaro in Africa. Besides a career as an adventurer and a lecturer, I’m a proud ambassador of the childhood cancer foundation. In 2015 I raised over 2,7 million Swedish kronors for their cause.

She is an entrepreneur, author and adventurer. Christina was born as Christiana Mara Coelho in Brazil, where she lived with her mother in a cave. Later they moved to a slum in São Paulo, where she lived and begged in the streets, and was subjected to starvation, physical and psychological abuse. When she was seven years old, Christina was sent to an orphanage and at eight she was adopted, against her and her mother’s will, to a home in Vindeln, Sweden. Increasing awareness and understanding for differences, prejudices and culture shock is one of the goals of Christina’s work, and in doing so, building bridges to create dialogue, tolerance and openness in society.

He is a Professor of Creativity and Design at the University of Westminster, UK. He has studied creativity for 20 years, through several innovative projects and books including Creative Explorations and Making is Connecting. He has made a number of popular online resources, videos and playthings, and pioneered creative research methods. He has worked with a number of the world’s leading creative organisations, including the BBC, the British Library, Royal College of Art, and Tate. For a decade he has worked with LEGO on innovation in creativity, play and learning.

I am a documentary photographer who uses the camera to sight and reflect on contemporary phenomenons in our reality. I want my photographs to contribute to discussions and afterthoughts. My aim is to expand your way of thinking about certain subjects – and hopefully also about yourself. My most known bodies of work are Slöjor (Veils) where I portrayed young Muslim women in their hijabs and the decade long exploration of the marriage migration phenomenon from Thailand to Sweden, Drottninglandet and Kungariket (the Land of Queens). I have had several solo exhibitions and been the blessed recipient of a bunch of awards and grants. I am a member of the Scandinavian photographer’s collective Moment and represented internationally by INSTITUTE Artist.

She is a Swedish singer-songwriter and artist. Her latest album, the critically acclaimed I Hear Sunshine, was met with great success. Jan Gradvall wrote in the financial newspaper Dagens Industri: "The result is a first class rock album with compositions that other artists would die for. Someone should play “Jesus as a Girl” for Mick Jagger." Selander has received the Guldäpplet (Golden Apple) award and Populärkulturstipendiet (Popular Culture Stipend), appeared on radio and TV, and has performed at every little spot in Sweden. She has also done commissioned work, including music for Västerbottensteatern’s "Sarah, Sarah, Sarah!" Dockteater Månstjärnan’s (Puppet Theater Moon Star) "Monster-Konster" and the Museum of Women’s History exhibition "A Clamouring Silence.”

He have a background in gene therapy from Umeå University where he did his PhD. He later moved to Boston and Massachusetts General Hospital/Harvard Medical School where he was studying cancer stem cells. During this time, he stumbled onto a discovery that completely changed the direction of his research and also his life. Johan is now the Chief Scientific Officer and founding scientist of Exosome Diagnostics.

I am an associate professor of philosophy at Umeå university. I am also a philosophical counselor and facilitator. I have discussed philosophy, in a professional capacity, with everything from 5-graders to people in their middle-age considering a change of career or life partner. My current research project is focused on close personal relationships and what norms and laws structure and should structure our life opportunities in this important area.

The most important thing I have been so far is an unswerving optimist. Alongside that I am a professional philanthropist, soon-to-be-professional psychologist and not-at-all-professional photographer. Being born in Estonia, having grown up in Germany, and currently living in the Netherlands I am a wanderer by default. I love setting sail to unknown coasts, whether that is the case when traveling with my backpack, or exploring and extending the confines of what I have experienced and comprehended so far inside my head. Curiosity and eagerness to learn have always been a dear companion on my journeys and with their help I am currently working on my degree in clinical psychology. Outside the university walls I spend my time being an activist, doing voluntary work, and being behind the camera.

She is professor of history at Umeå University, Sweden, and acted as deputy dean at the Faculty of Arts in 2011-15. Making use of demographic data and methods she gains new knowledge about gendered and socio-economic issues among vulnerable people in history. In utmost international competition, Vikström’s cross-disciplinary project, “Liveable Disabilities: Life courses and opportunity structures across time”, has received a Consolidator Grant from the European Research Council.

She has a PhD in medical biochemistry and is an assistant Professor at Department of Medical Biochemistry and Biophysics at Umeå University, Sweden. She is also one of the Wallenberg Academy fellows in Medicine for 2015, a career program for Sweden’s most promising young scientists. Beside teaching Medical, Biomedical, and Dental students in biochemistry and molecular biology, she is also a research group leader. Nasim’s research group focus on understanding how genome integrity is preserved by specialized motor proteins and the role of four-stranded DNA in our cells.

I am an inspirational speaker, researcher and author. Since I was a kid I have always been striving to understand what excellence really is. What is the key behind high-performing individuals, teams or organizations? In 2006, I got an opportunity that no other researcher had been given before. I got full access to study the most efficient and productive organization in the world. I spent more than 2,000 hours inside the company studying their work patterns, routines and attitudes. Since then I have been travelling around the world speaking about my findings. I have been invited to speak in 29 different counties, and all in total I have given more than 800 lectures. My first book – This is Lean - just passed 200,000 copies sold, making it one of the most sold Lean books of all time.

Niklas Myhr, Ph.D., known as "The Social Media Professor," is an author and an international keynote speaker who teaches Social Media, Digital & Global Marketing at Chapman University in California. Dr. Myhr holds a Ph.D. from the University of Virginia and has worked with Executive Education programs for Scandinavian multinationals in Europe, the United States, and China. Dr. Myhr also holds an M.S. degree in Industrial Engineering & Management from Linköping University in Sweden and is an awardee of the Hans Werthén Foundation at the Royal Swedish Academy of Engineering Sciences. Dr. Myhr has served as an Executive Director on the Board of the Swedish-American Chamber of Commerce in Washington DC.

She is a associate professor in History and Gender Studies at Umeå University, Sweden. Her fields of research are critical philosophy of history, critical policy analysis and feminist theory. Currently, she is working on a project, financed by the Swedish Research Council, concerning the political implementation of tolerance and its impacts on possible alternative democracies. She has published in both scientific and public contexts, and teaches at Umeå Centre for Gender Studies.

I use to call me as a little french baker that mixes by hand flour, water and sea salt. I’ve landed in Beautiful Sweden 15 years ago and do everything in my power to give back to real bread the position it deserve in our society using my knowledge, dedication and passion for good bread.

He is professor in Plant Cell- and Molecular Biology at Umeå Plant Science Centre/Umeå University. In his research he studies on one hand how plants harvest sunlight and use it in photosynthesis, and on the other hand use genetics and genomics to study natural variation in trees, in particular how trees know that it is autumn. He is member of the Royal Swedish Academy of Sciences and takes often part in the public debate, for example on GMOs.

Svante’s extensive work background includes internet pioneering, the riot girl magazine Darling, the novel LOSER, as well as setting up the record company and publishing collective Demon Box, making movies and much more. Since 2014 Svante is the project manager for FATTA MAN, part of the FATTA movement with the goal of getting young men and boys engaged in the struggle for consent and against destructive masculinity norms and sexual violence.

She is a Pro Futura Fellow at the Swedish Collegium for Advanced Study at Uppsala University and reader in English literature at Umeå University. She is also a member of Sweden's Young Academy. Before she moved to Sweden she completed her PhD in English at the University of Cambridge and a bachelor's degree in English at Trinity College, Dublin. Her research concerns medieval literature and culture, particularly the connections between the body and religious experience, as well as medicine and ethics, extending from the Middle Ages to our own period. Viriginia is also serving as a judge for the Langum Prize in American Historical Fiction and on her spare time she enjoys powerlifting. 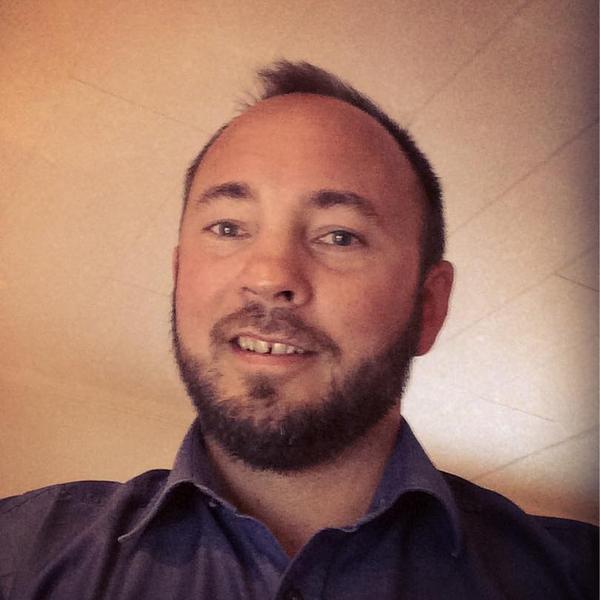 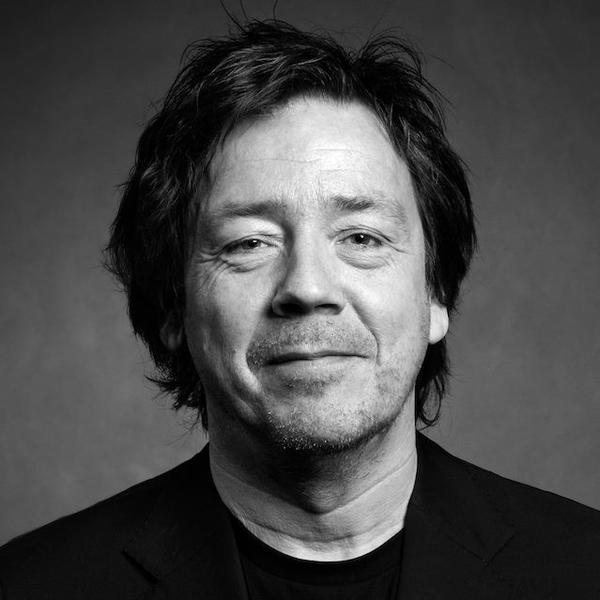