The Portland Gay Men’s Chorus is comprised of over 150 singers and 250 volunteers on a mission to expand, redefine and perfect the choral art through eclectic performances that honor and uplift the gay community and affirm the worth of all people. Founded in 1980, the chorus is the fourth oldest gay-identified chorus in the country. While being a gay men’s chorus, PGMC welcomes singers of all genders and sexual orientations. Last year, to celebrate its 35th anniversary, PGMC embarked on an eight-city tour throughout Oregon and Washington in support of LGBT youth organizations, HIV/AIDS support services, and food banks within these communities.

Rose City Trombones is a group of passionate musicians dedicated to showcasing the majestic trombone. Its goal is to provide both concerts and educational outreach to unravel the mysteries of this shiny instrument. The members’ musical pedigrees include well-established music organizations across the Northwest and music schools around the country.

11-year-old Bobbi earned national attention singing The Star-Spangled Banner for the Portland Trail Blazers, Golden State Warriors, Sacramento Kings and the San Francisco 49ers. Bobbi’s voice and presence caught the attention of Andrew Lloyd Webber, who hand-picked her to star as Tomika in School of Rock: The Musical on Broadway at the Winter Garden Theatre. The actress and songstress has also worked and recorded with Grammy award-winning producer Rob Cavallo on the original cast recording for School of Rock: The Musical. She would later be asked to represent the musical in Broadway at the White House hosted by Michelle Obama.

Elias grew up in a very Greek family in a Mormon community in Utah. They taught him to make everything from liquor to glue. A former vegan hardcore music lover and semi-pro snowboarder, Elias has survived avalanches, bandits and full electrocution by a stove. He learned the hard art of Swiss cuisine under the jagermeister of a mountain village. He guided Portland’s DIY food culture via the charcuterie think tank Olympia Provisions, where he doubles as co-owner and “head salumist.” His cookbook, Olympia Provisions, earned national acclaim in the Wall Street Journal and is a New York Times best seller.

Intisar is a photographer, writer and dancer dedicated to telling real stories about people of the African Diaspora. She moved to Portland in 2010 with her family of women creatives. They created a 200,000-mile arts expedition based on the children’s book, The People Could Fly, centered on the tangible reality of the mythic flying African. Intisar traveled the state photographing black Oregonians for the Urban League of Portland report State of Black Oregon 2015. Last winter, Travel Portland released her zine Black Portlands. Her ongoing photo essay and blog The Black Portlanders focuses on Portland’s people of diverse African descent.

Israel fights to give a voice to those who can not afford free speech by focusing his efforts into the street newspaper movement. He is an award-winning housing advocate, journalist, poet, painter and photographer with over 15 years of experience in street newspapers. Israel currently serves as the Executive Director of Street Roots, a weekly street newspaper in Portland that serves to cover issues that impact the low-income and homeless residents of the city. He also worked for Real Change, a street newspaper based in Seattle. Israel also served the movement nationally as a part of the North American Street Newspaper Association.

Joey played quarterback for the University of Oregon and earned a spot among Heisman Trophy finalists in 2001. After a career in the NFL, he returned home to dedicate himself to supporting education for in-state youth. His nonprofit, the Harrington Family Foundation, has raised over $1M for Oregon student scholarships. In 2014, Harrington announced the Oregon Community Quarterback Scholarship — a four-year scholarship

Mara Zepeda is the co-founder and CEO of Switchboard, which strengthens communities by helping its members to help one another. She is also a calligrapher, has designed hundreds of custom tattoos and teaches workshops internationally. Mara draws on artist collectives, architecture, urban planning and grassroots organizing when designing online spaces. Samuel Hulick is the author of The Elements of User Onboarding. He has combined UX savvy and a cat-like curiosity for measuring UX impact to become an expert in onboarding. His approach is shaped by over a decade of web experience, theories taken from behavioral psychology, video game design and filmmaking.

Maurice is a designer, futurist and innovator. He is the Director of Strategic Innovation at Autodesk and has worked with startups, government agencies, renowned artists and corporations to explore what the future might hold for them, and design solutions to get them there. As leader of Autodesk’s Applied Research Lab, he focuses on advanced robotics, applied machine learning and sea level rise. He has circled the globe and was honored for his bravery by the US, New Zealand and the United Nations for saving the lives of three shipwrecked sailors. Maurice lives in Muir Beach, CA, where he serves as a volunteer firefighter.

Nadya recently graduated from high school with honors from Catlin Gabel. She founded Camions of Care after her family experienced a degree of homelessness, during which she discovered the unaddressed need of menstrual hygiene among poor and homeless women. Her nonprofit is dedicated to helping women who can’t afford menstrual products so that they can achieve their full potential. She is also Youth Director of Social Venture Partners Youth, and serves on the Women’s Foundation of Oregon board. When she is not advocating for natural needs and women’s empowerment, she loves to snowboard and listen to Whitney Houston.

Rex helped start Portland’s cycling revolution by founding the Bicycle Transportation Alliance. He leads Outdoor School for All Oregon, a campaign to get kids learning outside. He co-founded the Coalition for a Livable Future, uniting over 100 local NGOs. He served on Metro Council for 12 years, helping reform transportation policy and climate change integration at all levels of Oregon government. He served on Rail~Volution and the Association of Metropolitan Planning Organizations and is a Global Ambassador for Ciclovia, a movement reclaiming cities from the automobile. His book, The Activist’s Toolkit, helps activists globally to be more effective locally. He blogs at gettingto2100.org.

Thaniya’s passion lies at the intersection of human computer interaction, design and behavioral economics. She runs the business of TED on apps — strategic direction, investment, product management, growth and operations. Thaniya joined TED in early 2010, creating the product development team and leading mobile development. Her cross-disciplinary team of managers, designers and researchers work side by side with engineers within the larger technology group. She’s won numerous awards, including a Peabody, Adobe MAX, Webby, and the National Design Award. Prior to TED she was a data engineer, front-end engineer and user experience designer for many Fortune 500 companies and startups.

Director of Love and Celebration for the MLS Champion Portland Timbers, Jim ditched college to rappel over treetops for the Forest Service. He began chainsawing victory slabs from logs after goals at Timbers matches in 1978 and did so until 2008. Jim has a passion for first aid and has trained hundreds in first aid and CPR. The tragic death of his daughter in 2004 led him back to work on trimming trees on power lines. A cancer survivor, Jim is now retired and volunteers his time with organizations all over the region. He has a heart the size of a lion.

Tracy saw that massive quantities of food are wasted every day in Portland while citizens, including children, would go to sleep hungry. This is what drove her in 2006 to found Urban Gleaners, a food-rescue company that sources surplus food and delivers it to organizations that feed the hungry. No stranger to food distribution, she previously owned a catering company in Los Angeles and made and sold packaged food in local grocery stores. Her passion for food and interest in community activism was a natural combination that led into the fight against hunger.

Tylor Neist & Bridgetown Orchestra use their music to create transformative experiences. They bring a unique perspective to their classical roots by bridging multiple creative disciplines with original works. Using music, theater, dance, poetry, projections and interactive installations, this unconventional orchestra creates one-of-a-kind experiences that encourage audiences to connect to something deeper. Their most recent work, Overview Effect, by composer and artistic director Tylor Neist, takes fellow explorers on a theatrical and musical journey through the cosmos to explore the link between our inner and outer worlds. 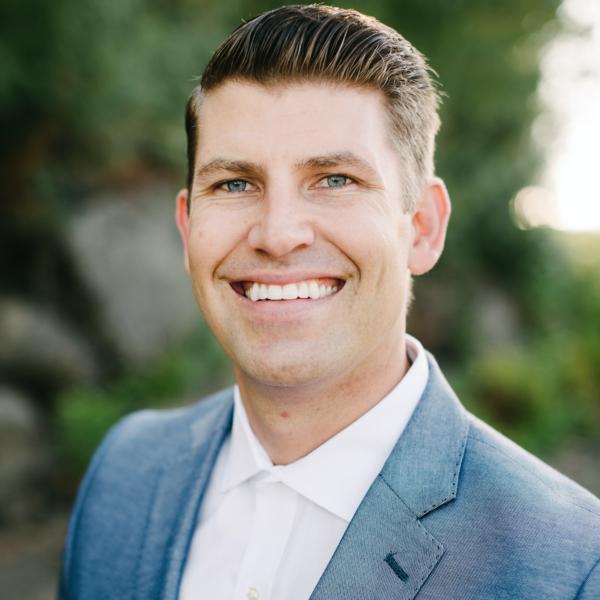