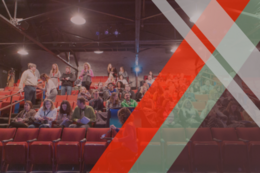 Whether it’s the radically reframing insights of Albert Einstein, Frida Kahlo’s art, the founding fathers formulation of inalienable rights, Moore’s law, or just standing on your head and taking in a different view, reframing often leads to new perspectives. How do we define radical? Who is radical besides surfers? Should we listen to radicals? Who knows?! Let’s all find out this spring at TEDxBoise 2016, a day of diverse, reframed, possibly radical, new perspectives. Topics will include, life as a refugee, new technologies, art, amazing shoes and much more.

Check out this year's speakers! http://tedxboise.org/tedxboise-2016/

True Story has made audiences laugh, think and cry across numerous Idaho venues, including Storyfort, Modern Art, GreenFest, GoddessFest and Idaho Songwriters Association events. Because it is a collaboration of artists, the ensemble may include any combination of guitar, cello, violin, light percussion and keyboards. At times, live painting and dance have been incorporated into their shows.

Pence-Brown is a writer and tells stories on her blog {www.amypencebrown.com} and other local & national publications, as a historian giving tours for Preservation Idaho, and as a visual artist creating subversive stitchings and performance pieces. As an activist, her message about the value of all bodies, no matter their size, has been covered by numerous media outlets, including CNN, USA Today, Cosmopolitan, People, TODAY, Huffington Post, Upworthy, HLN, WGN Morning News Chicago, the Dr. Oz show, Idaho Statesman, NPR and SHAPE magazine.

Belma Sadikovic is an emerging scholar, passionate human rights activist, and advocate for refugees on a local and global scale. She is also the co-founder of Boise State’s Refugee Alliance. Today a doctoral candidate, Belma uses her experiences to teach her students and community about the struggles of refugees, and ways to help refugees become self-sufficient. Belma’s a strong advocate for refugees obtaining an education. She believes that there is tremendous healing power and positive energy in providing opportunities for others. In 2000 Refik was resettled as a refugee in Boise. He became a respected engineering technician at Micron, and was encouraged to pursue higher education. Refik now teaches at Boise State University, where he is a doctoral student. He co-founded the Boise State Refugee Alliance and advocates for refugee and human rights. Having improved his own life in the U.S., he works to help other refugees and minorities succeed academically and professionally.

Canwen Xu's slogan for life is “Canwen can win.” Born in Nanjing, China, she moved to the United States when she was two years old, and since then has lived in some of the whitest states in the country, including North Dakota, South Dakota and Idaho. A senior at Timberline High School, Canwen is passionate about politics, and is the national membership director and Idaho state director for the Young Democrats High School Caucus. Also a programmer, she started an all-girls computer science workshop called Code For Fun and received National Runner-Up in the 2014 NCWIT Aspirations in Computing competition.

Eric Walton is a sixteen-year-old student at Sage International School of Boise. He enjoys reading books, writing books, watching television, playing games and spending time with his friends. He values honesty, compassion and joyfulness. He also has Bipolar Disorder, a neurological condition that, when untreated, causes him to go from mania to depression rather quickly. When treated, he’s like any other normal teenager—other than what he calls his “incredibly nerdy tendencies.” He’s a major fan of Star Trek, Dr. Who, Star Wars—you get the picture. His favorite books include Dune, Lord of the Rings, Ender’s Game, and of course his own.

A Boise native, Erin Guerricabeitia has a 10-year history working in the Boise non-profit field. Erin is dedicated to the local sustainable food movement, and to working with youth to broaden their knowledge of health and nutrition through organic gardening. As the Executive Director of Boise Urban Garden School, she’s worked with thousands of youth in the Boise community to help them understand where food comes from, and why it matters. When not working in the garden, Erin spends her time with her two daughters, step-son, and husband, in the kitchen whipping up culinary delights, or enjoying time with her extended family and friends.

Esther Emery had just made the switch from workplace high achiever to stay at home mom when she decided to go for a year without the Internet. For 365 days she lived without Wikipedia, social media or electronic communication of any kind, only to realize that the true challenge had never been digital. Five years later, Esther reflects on the whim that changed her life, and the shape of a personal transformation she never expected.

Until 2014, Boise native Saunders performed with the Boise Philharmonic and as an inaugural member of the Boise State Graduate String Quartet Fellowship (Ezra Quartet). He currently serves as principal cellist of the Opera Idaho orchestra, and has been a contributor to Boise Baroque Orchestra, Classical Revolution: Boise, and LED. In 2012 Saunders created the Boise Cello Collective, a collaborative project among some of Idaho’s preeminent cellists that specializes in performing classical, contemporary, and popular music in nontraditional venues. In 2014, Saunders launched 208 ensemble with composer David Biedenbender. 208 ensemble is the first professional ensemble in Boise dedicated to the advocacy and performance of contemporary chamber music written by some of the most innovative composers working today.

Jason Morales wants more information available at his fingertips about the products and services he buys. Given recent advances in technology, consumers are now poised to demand greater data transparency in the marketplace than ever before, and doing so will advance more effective commerce, more socially responsible business practices and more conscious human interaction. To help catalyze this demand, Jason established a US Trademark for MMHMM, for the purpose of expanding product and supply chain transparency. His professional experience working for with Microsoft as a Business Intelligence/Big Data Specialist on the US Education team, and his efforts as Founder of MING Studios, a nonprofit art center and artist residency program based in Boise, both help to inform and inspire his passions for applying data technologies to improve Education, the Arts and Community.

A lifelong word nerd and story seeker with a wry/awkward sense of humor, Jessica Holmes is the co-founder and creative driving force behind Story Story Night, a live storytelling nonprofit/phenomenon. Also the owner and operator of Jessica Holmes Copywriting, she makes up marketing words in every medium for ad agencies and businesses in Idaho and beyond. She’s an Idaho Business Review Accomplished Under 40 (2011), won the inaugural Boise’s Funniest Person stand-up comedy contest, and was named the “Best Invitee To Your Next Cocktail Party” in Boise Weekly’s 2013 Best of Boise issue. She’s been profiled (but not for criminal reasons) in both the Idaho Statesman and Boise Weekly. She posts about thrift store and vintage fashion, old lady decor schemes, and other cheap-wad pursuits on her blog, Cheep.

Justin Richie is a data scientist and technologist with a passion for using analytics to find the signal in the noise. His career mission is helping organizations understand how data can help them improve. A life-long learner, he's obsessed with learning new technologies and failing fast. As a kid, before data science was even a word, he was just a data nerd analyzing why his football team couldn’t win a Super Bowl. Justin took this passion into his academic studies with an undergraduate degree in Economics/Statistics and graduate work in Predictive Analytics. When not nerding out with data, his hobbies include from music, movies, cooking and writing.

Founder of Because International

Kenton Lee believes in practical compassion. His life's mission is to help others be in the best possible position to succeed. He's the Founder of the nonprofit organization Because International, and the creator of their first project, The Shoe That Grows. He's also the pastor and head cook for a small church in his neighborhood in Nampa: The Table Church. Kenton's favorite job is being the husband of Nikki and the dad of Kenny and Rosie. When he is not doing any of these things, he's watching reruns of Arrested Development (Seasons 1-3, not 4) or sitting on his favorite couch. Sometimes both.

Marianna Budnikova is a professional hacker--aka software developer--at Microsoft. With bachelor’s and master’s degrees in computer science, Marianna fell in love with programming as she started building mobile apps, mocking with video game making, rendering 3D graphics and using artificial intelligence to solve the world’s largest problems. Originally from Russia (“the greatest hacker community,”) Marianna was amazed at how few U.S. women pursue technology as a career. So she began a quest to solve this problem by founding the Association for Computing Machinery Women’s Club at Boise State; she also created a weekly contributor to a blog called CodeBrave. She also co-founded and is currently a Chapter Leader for Girl Develop It Boise, a local chapter of a national nonprofit that provides affordable technology education to women.

Nicole LeFavour served for four years in the Idaho House of Representatives and four years in the state Senate. She left formal elected office to try to make change from the outside. In 2014 helped organize over 200 people to do silent, peaceful, respectful acts of civil disobedience to change state policy to protect the rights of gay and transgender Idahoans. After well over 200 peaceful arrests inside the state Capitol, people can still be fired, evicted and refused service in Idaho for being gay or transgender. Ever focused on all that has been gained, LeFavour and others continue to work for protection on the state and national level.

Stephen R. Miller is a law professor and author whose work focuses on building more livable and environmentally sustainable cities. His writings have addressed topics such as regulating the sharing economy; empowering neighborhoods; financing public art; zoning in local food; using agritourism for economic development; green building and green leasing, and the role of local officials in responding to climate change. His article on the sharing economy was recently published by the Harvard Journal on Legislation. He can be found at Land Use Prof Blog and @LandUseProf. 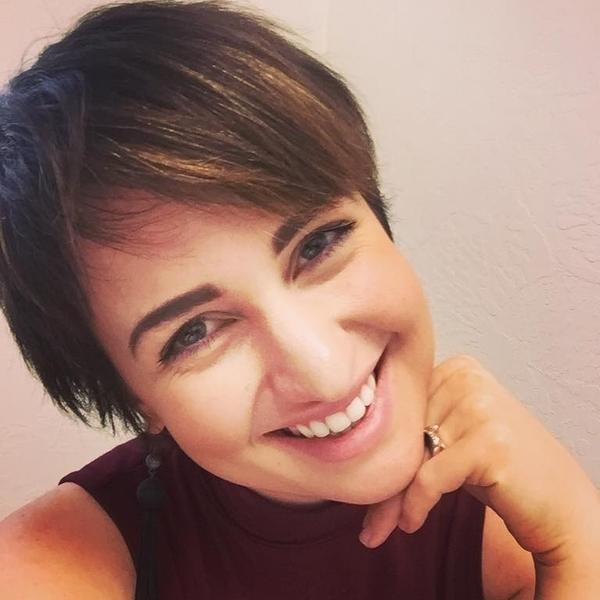 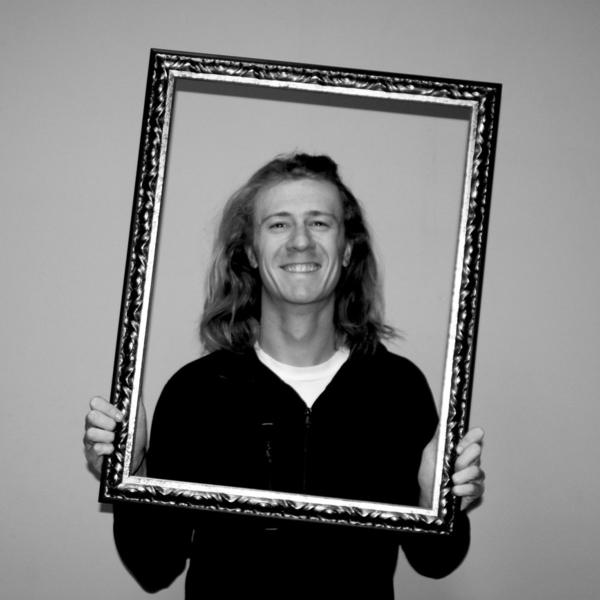