A versatile artist who expresses her personality by working, at the same time, as graphic designer, illustrator model and actress, Adele Ceraudo is specialized in drawing with balllpoint pens, after observing a picture created and interpreted by herself. Her creative path is based on the research for pure beauty of nude bodies, paying tribute to the holy and pagan art of the past, from Leonardo to Canova and on the complex research of women’s eros. Her artistic expressions take place through real performances in which video, cinema and technology play a relevant role. With her personal exhibition ‘Le affinità elettive’ in Melbourne in 2015, she was the sponsor of the association that promotes artistic and cultural exchanges between Australia and Italy.

Bisan Abdulkader is active in the development of projects aimed at transferring knowhow between Italian innovation enterprises and technological and scientific parks in the MENA areas (Middle East North Africa). After obtaining a university degree in Physics, she has worked for the department of Engineering of the Arab International University as a manager and laboratory teacher. At the same time, she has collaborated on sustainability projects with the United Nations and the Youth Engaging Program in Damasco. She moved to Europe in 2010 and completed the MBA at the CEU Business School in Budapest of the New York University. She is in charge of the develpment of projects in the MENA region for LUISS ENLABS and co-founder of Artichalk, an online platform for food health.

Emil Abirascid is a journalist, an expert in innovation and a serial startup assessor. He writes about innovation and technology to support enterprises on Startupbusiness and Il Sole 24 Ore. He is the founder of Startupbusiness, the curator of StartupDigest Italy and the advisor for Italy of the International Accelerator of Austin, Texas. He is an actual point of reference for startups, thanks to his ability in foreseeing their potentials and in fostering their turning into enterprises. Abirascid also curated the book "L’innovazione che non ti aspetti. Contesti e visioni per l’impresa" published by the Italian publishing house FrancoAngeli.

Jacqueline Oliveira has 22 years of international experience as an intercultural consultant. She works with global teams and international leaders, assisting them to reach higher performance and build trust across cultures. She is the founder of Faeron Communication, an organization dedicated to building global citizenship through workplace trust. Jacqueline teaches a course in building trust across cultures at the Middlebury Institute of International Studies in Monterey, California, USA. She lives in Santa Barbara, California, USA.

Luca Errani is a courageous father. His daughter Chiara has a cognitive disability and complex communicative needs. When Chiara was four, the Errani family started to feel the need to find a better way to communicate with their daughter. So, after trying speech therapy, aimed at stimulating a voice output as well as the desire to find new strategies to be able to interact with others, Chiara started to practice the AAC (Augmentative and Alternative Communication). Through this technique, words become symbols and the miracle of reading occurs. Luca Errani translated 'The Hobbit', the novel by J. R. R. Tolkien, and, thanks to the AAC tools, he has started building a network of sharing and debate with other organizations.

Physician and researcher in the field of Neurophysiology at the Department for Biomedical and Neuromotor Science of the University of Bologna (Italy), Matteo Cerri studies how brain controls the different body's activities, from sleep to body temperature, to appetite. Interested in Neuroethics and in different areas of life sciences, Cerri cooperates with the European Space Agency on the mission to Mars, for which he is developing a procedure that will allow human hibernation, both for clinical application and for future interplanetary trips.

Paolo Iabichino is the Chief Creative Officer of Ogilvy & Mather Italia. Active since 1990 in the world of advertising, he has a deep knowledge of the sector, which has led him to analyze, in his work ‘Invertising’, the transformation that is taking place in the world of advertising. Twice has he been a jury member at the Cannes Lions International Festival of Creativity, as well as a member of the Italian Art Directors Club . He teaches at the Master in Social Media Marketing and Ditigal Communication at the IULM University in Milan. He wrote “Existential Marketing – I consumatori comprano, gli individui scelgono”, a book dedicated to the new narrative patterns of the brands, that cannot remain insensitive towards cultural, social and economic issues in an increasingly confused scenario.

Saturnino Celani, better known as Saturnino, is considered one of the best bass players on the international music scene. Eclectic artist, with great technical mastery and composing skills, he is able to blend different styles and to compose pieces that favor contamination yet keeping their freshness. This versatility appears in ‘Testa di Basso’, his first solo album released in 1995. His collaboration with Lorenzo Jovanotti, which started in 1991, is particularly important for his career but also for the history of music. The two artists have created a strong synergy that has led to successful hits such as “L’ombelico del mondo”, “Io no”, “Penso Positivo”, “Salvami”. Saturnino has also played in the song “Il mio nome è mai più”, recorded by Jovanotti, Ligabue and Piero Pelù to support Emergency. 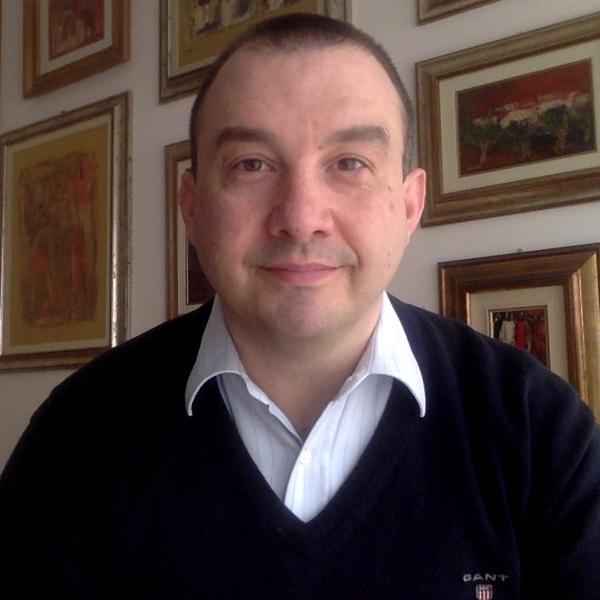