Fairbanks is an intimate space. Not only are we literally in the heart of interior Alaska; we are a cultural, social, political, and economic hub for many smaller communities throughout the state. Fairbanks - and to a larger extent - Alaska - is not an easy place to live, yet we still call this place home. In our first TEDx Fairbanks event we will explore what it means to have an intimate space. We will explore the value of a strong and resilient community built on good communication and respect for one another. To this end, let us strive to be understood, and listen to understand. Let’s work together to create this intimate space at TEDxFairbanks 2016.

Allan is the son of Lena Pauline Hayton from Fort Yukon, Alaska, and James T. Hayton from Natick, Massachusetts. He was raised in Arctic Village, Alaska, and his grandparents are Robert and Lena Albert from Tanana and Fort Yukon, Alaska. Allan studied theatre and film at Haskell Indian Nations University and the University of Kansas, finishing his Bachelor of Arts degree in 1992. He continued studies at the University of Alaska Fairbanks, graduating spring 2013 with a Master of Arts in Applied Linguistics. Allan works closely with nine Athabascan languages of Interior Alaska as the Language Program Director for the Doyon Foundation.

Bill Brody has spent over 700 days on over 70 separate trips painting on location in the wilderness, almost all of it in Alaska and much of it alone. During the past 10 years he has painted on the glaciers in Denali National Park. He paints his large canvases start to finish on location. Bill is an Emeritus Professor of Art from UAF and has worked extensively doing virtual reality development of artistic and scientific visualization. He has work in all the major museums in Alaska, and has done several Alaska State PerCent For Art commissions.

Mary Beth Leigh is an Associate Professor of Microbiology at the University of Alaska Fairbanks and is an organizer of state and national efforts to integrate the arts and humanities with ecological science. She directs the Alaska-based program, In a Time of Change, and co-organizes the nationwide networks, Ecological Reflections and ArtSciConverge.

Misty Nickoli's maternal family comes originates from Kaltag and her paternal family comes from Metlakatla and Texas. She was raised in Kaltag and Galena and she has also lived in major cities in the Lower 48. She has been a nurse in the Army Reserves for the last 6 years. Misty recently graduated from UAF with a B.A. in Psychology. She is a social justice advocate and was a core group member of the Free the Fairbanks Four movement.

Dr. Ping Lan is a Professor at the School of Management, University of Alaska Fairbanks (UAF), and the creator of the Arctic Innovation Competition. Prior to joining UAF in 2002, Dr. Lan worked in Canada, Australia, Thailand, United Kingdom and China as a planner, an academia, a journalist, and an entrepreneur. He is dedicated to promoting mass innovation and has been a keynote speaker at various international conferences and events in USA, Japan, Brazil, Russia, India and China.

Stefan Milkowski is a reporter-turned-carpenter whose love of the outdoors led him to climate advocacy. He moved to Alaska in 2005 and lives in a small cabin he built himself. 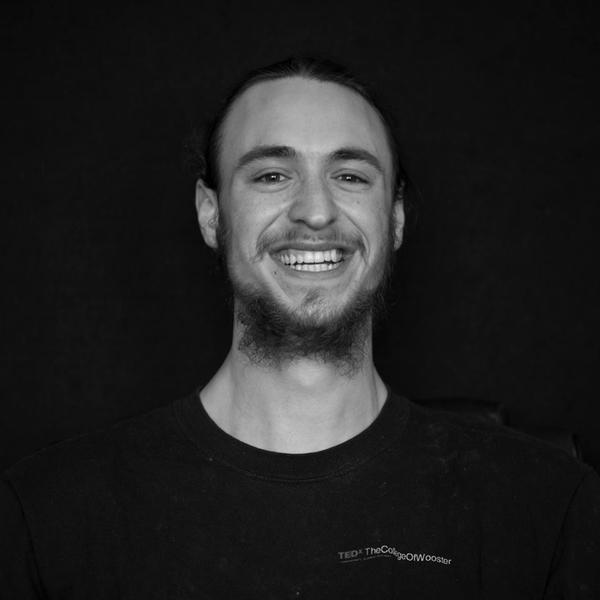