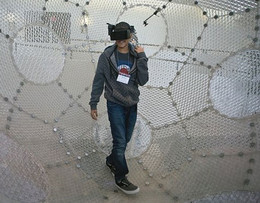 NASA has long been on the leading edge of exploring space. To NASA, space has one meaning. To others, it might be about the space to be artistic, to be creative and innovative, or to solve problems of any scale. This is how the conference came to include scientists and musicians, artists and engineers, authors and visionaries. Each expert, performer and video was intentionally selected to deliver a powerful message somehow relating to creativity, an idea worth spreading. Attendees were given time to participate in open discussions in the belief that by bringing together thought leaders from a variety of professions, great ideas and solutions will emerge.

Lesa Roe leads a $3B R&D lab that conducts research as varied as breaking air breathing propulsion speed records and enhancing our knowledge of Earth’s atmosphere to successfully landing spacecraft on Mars. During her 25- year tenure with NASA, Roe led the research program for the International Space Station and worked over 25 Shuttle missions. Her passion is innovation and shaping the future in aeronautics and space.

Known as America’s intrigue expert, Sam Horn is an awardwinning communications and creativity consultant. Audiences praise her presentations for their innovative, real-life ideas they can use immediately to reap real-world results. The author of POP! Stand Out in Any Crowd, Horn works with her clients to create one-of-a-kind identities that help their business, brand, idea, invention, project, or product POP!

Dr. Paul Aravich is a professor of neuroscience at Eastern Virginia Medical School. His passion is exploring the limitless possibilities of the brain. He calls it “the universe between our ears.” He believes educating the public is vitally important so they can take a more active part in advocating for legislation to support neuroscience initiatives that affect public health, for example, chemical dependency policy or bike helmet laws.

Author, speaker, humorist and futurist, Gregg Fraley is an innovation consultant to Fortune 500 companies. An idea generator, he looks at topics through the lens of creativity. Fraley explores the behaviors that empower creativity, and discusses how to maximize creative potential.

For over 35 years, Michael Jefry Stevens has been associated with some of the most important figures in modern jazz. Frank Rubolino of Cadence Jazz Magazine writes, “Stevens is a sensitive pianist who ekes out droplets of sparkling gems or volumes of rushing waves having a lyrical foundation and a complex consistency.” Since 1993, the Fonda/Stevens Group has repeatedly toured Europe and is a premier working modern jazz group on the international scene.

Improviser, composer, soloist, teacher, Dave Ballou is assistant professor of music at Towson University and coordinator of the jazz/commercial music division. His repertoire is extensive – Bach’s Brandenburg Concerto #2 with the Bella Musica Orchestra of NY, Larry Austin’s Improvisations with the Boston Modern Orchestra Project, and Gunther Schuller’s Journey into Jazz with the Spokane Symphony and Boston Modern Orchestra Project.

Speaker, author, songwriter, Nancy Vogl was drawn to the speaking industry as a promoter of well-known presenters and authors. But her books, particularly the award-winning, multicultural children’s book, “Am I a Color Too?” led her on her own speaking journey. Her greatest thrill is inspiring others by sharing her stories. Vogl communicates her passion that, when we view others only by what is seen on the outside, we negate the true essence of our humanity.

Past president of the Virginia Council of Teachers of Mathematics and an adjunct professor at Old Dominion University, is a seasoned veteran in the education field. A regular presenter for both the National and the Virginia Councils of Teachers of Math, she will demonstrate exciting, thought-provoking and experience-oriented strategies to spark an interest in and a love for math

Space illustrator and designer, Pat Rawlings has visually documented the future of space exploration. His paintings, digital images and designs have been reproduced in and on hundreds of magazines, books, television programs and films in both in the U.S. and abroad. Via his realistic views of both human and robotic exploration, Rawlings will provide a chronology of the plans, hopes and desires of the planet’s best space visionaries.

Dennis Hong is an expert in the area of novel robot locomotion mechanisms, design and analysis of mechanical systems, kinematics and robot mechanism design, humanoid robots, and autonomous systems. He is the inventor of the three-legged walking robot “STriDER.” He was awarded the prestigious Faculty Early Career Development award from the National Science Foundation in 2007.

Humorist, songwriter and educator, Jana Stanfield combines laughter, wisdom and her million-selling songs into an interactive experience that generates fun and positive action. You’ve heard her music on 20/20, Entertainment Tonight, and Oprah. Her compositions are sung by Reba McEntire, Andy Williams and others. Known as "The Queen of Heavy Mental," Jana describes her music as "psychotherapy you can dance to."

Talk radio show personality, author, motivational speaker, John St. Augustine has been called “the new voice of America” and “the most influential voice on radio.” His talk radio show was created with one underlying goal - to make sure listeners have access to information that would not only entertain but also inspire them to a greater life experience. St. Augustine will share his thoughts on how important it is to recognize the defining moments in life.

The president of the Space Generation Foundation, Loretta Whitesides is all about getting access to space for private citizens. Her all-volunteer nonprofit promotes involvement in space and space training and is probably best known for starting Yuri’s Night, a party for space celebrated in over 180 countries every year. Whitesides see the future of space in the eyes of students and she wants them to train to be the next Buzz Aldrin or Sally Ride.

Tyler Cole is an eighth-grader at Millikan Performing Arts Academy in Sherman Oaks, CA. An aspiring actor, he is also the inspiration behind the award-winning children’s book, "Am I a Color Too?" and the grandson of TEDxNASA presenter Nancy Vogl.

From Lynchburg, Va., to the International Space Station, Leland Melvin has had a multifaceted career. A chemist and materials engineer by training, Melvin was drafted by the Detroit Lions in 1986. An injury ended his NFL career and brought him back to science. Chosen for the astronaut corps by NASA in 1998, he flew as a mission specialist on Space Shuttle Atlantis in 2008, logging over 300 hours in space. He returned to space on STS-129 and in October 2010 was named Associate Administrator for NASA's Office of Education.

Articulate, knowledgeable, and provocative, Steve Shapiro quickly captures the attention of his audience in a style that is as innovative as his subject matter. During his 15-year tenure with the international consulting firm Accenture, he established and led their Global Process Excellence Practice, delivering innovation training to 20,000 consultants. Shapiro helps individuals and businesses realize their full potential with less effort and more personal satisfaction.

Anna McGowan was aware by the age of 13 that aerospace engineering was her passion, Today she is one of NASA’s leaders in adaptive technologies for flight. Always at the forefront of NASA projects that develop innovative technologies, her work has included advanced high-lift and micro-flow systems, tailored lightweight wings, aeroelastic concepts, smart materials and structures, and biologicallyinspired flight.

A penchant for scavenged rubber, Chakaia Booker began a career assembling the strips and shreds of discarded Goodyears and Firestones into intricate, elaborate, widely acclaimed sculpture. Her work has a fully organic presence. For a NASA-commissioned memorial project, she disassembled a tire once used by the ill-fated space shuttle Columbia. Booker’s work communicates her need to utilize her skills as a means of experimentation and exploration.

Mike Rayburn draws from a wealth of life experiences as an adventurer, humorist, songwriter and father to combine music and comedy. He will use his astounding guitar creations, uproarious songs and presentation skills to encourage, challenge and inspire the audience to step beyond their perceived limitations.

A nationally known speaker, teacher and trainer, Dr. Sue Morter has been called "one of today’s messengers with tomorrow’s message." Her Intentional Living Seminar has been lauded by participants as a life-changing event. By understanding the relationship between human energy fields, conscious thoughts and subconscious memory, she will explain how we can become who we really are.

Dr. Joel Levine has studied the atmospheres of Earth and Mars, their origin, evolution, structure and chemistry and climate change. Principal Investigator of the proposed ARES Mars Airplane Mission, he advocates a scientific exploration using a platform that can obtain high space resolution measurements of the atmosphere, geological features, surface magnetism, and search for life on Mars.

Internationally renowned and best-selling author, journalist, screenwriter, broadcaster and musician, Mitch Albom does it all. His books have collectively sold over 28 million copies worldwide, have been published in 42 languages, and been made into Emmy Award-winning and critically acclaimed TV movies. Four years on the New York Times bestseller list, Albom’s Tuesdays with Morrie is the most successful memoir ever published.

With a bold voice and signature delivery that belies her 13 years, Jamia Nash is a superstar on the rise. Singer, stage performer, actress, she owned the stage at the 2008 Academy Awards when she performed "Raise it Up" from the Warner Brothers’ feature August Rush, in which she received critical acclaim for her debut at "Hope." The President of the United States has dubbed Jamia "the definition of the future." 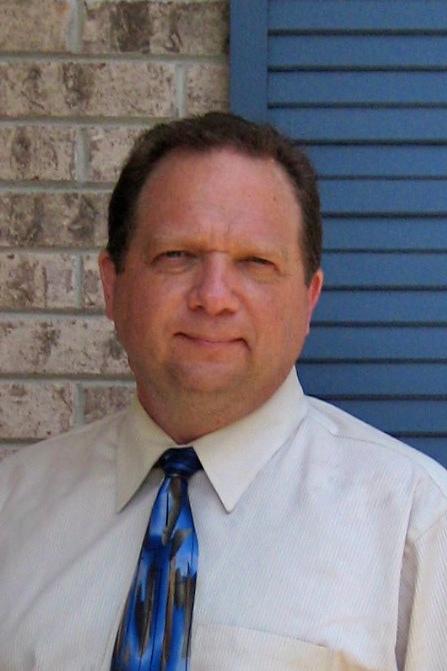