In the year that the Irish Republic turns 100 years old, the theme for this TEDxFubrightDublin event will be Old Myths and New Realities. We must learn from our past, embrace our present and look to our future.

TEDxFulbrightDublin is curating a diverse mixture of speakers ranging across areas such as science, technology, healthcare, business, the arts, humanities and performance. This event will be the platform from which exceptional ‘Ideas Worth Sharing’ by rising members, established alumni and friends of the Fulbright community will be told. During the day, we hope our speakers and performers will inspire and stimulate your mind and your heart.

As they prepare to record their debut album, few bands can claim accomplishments as broad or boast the level of interest from their musical peers as Ye Vagabonds before they had so much as a recorded track. Brothers Diarmuid and Brían spent their early years making music around their hometown of Carlow before moving to Dublin city and quickly becoming a staple and much talked about duo on the live scene in Ireland. Before long the brothers caught the eye of film maker Myles O’Reilly (Arbutus Yarns) who put together some short videos of their music. These videos won the admiration of musicians and industry folk alike, here at home and further abroad. Ye Vagabonds were soon invited to play Other Voices, along with numerous festivals and shows throughout Ireland and the UK. After a chance meeting at their Electric Picnic gig, Ye Vagabonds most recently came to the attention of Glen Hansard who, after seeing them play, immediately invited the pair to join him on his recent European tour.

Alex MacDonald is a NYC-based professional tap dancer, teaching artist, and choreographer. He is a 2012 recipient of the Fulbright Student Scholarship to Ireland, where he received his M.A. in Ethnochoreology from the University of Limerick.

Dr Ciarán Mc Mahon is a director of the Institute of Cyber Security and an award-winning academic psychologist from Ireland. A former Government of Ireland Scholar, he has published research on the history of psychological language, the psychology of social media, digital wellness and the social impact of cybercrime.

Ciarán Pollard graduated from university with a Double Honours Bachelor of Science degree in Biology and Mathematics, travelled the world soon after for further invaluable lessons, of the anthropological and sociological kind, before returning to complete his Ph.D. investigating the effects of climate change on economically important pests and diseases in renewable energy crop. He is an award winning writer on topics relating to the natural environment, and a striving advocate for the conservation and preservation of biodiversity.

Daniel Ramamoorthy was joined by the Discovery Gospel Choir (http://discoverygospelchoir.ie/).

Prof. Dympna Casey (RGN, BA, MA) also from NUI Galway, has a clinical background in care of older people. She has a keen interest in promoting healthier lifestyles for older people in particular people with dementia and in examining ways of building resilience and supporting and maintaining the health and functional capacity of older people. She is currently leading an EU Funded Horizon 2020 project entitled MARIO (Managing Active & Health Aging with the use of caring service robotics).

Dr. Finbarr Murphy is a Lecturer in Finance in the Kemmy Busisness School in the University of Limerick. Before taking up his position in UL, Finbarr was a Vice President of Convertible Bond Trading with Merrill Lynch London. Instruments traded included CBs, equities, equity derivatives and US Treasury Futures contracts to actively manage complex hedging strategies. Finbarr was a Fulbright Awardee in 2012-2013.

Gillian Murphy is a Ph.D. candidate in Applied Psychology in University College Cork. Her research looks at attention and memory when driving and how we can predict driving performance. Gillian is a current Fulbright-National University of Ireland Awardee.

Gráinne McKeever is a stand-up comedian and an award winning student of Sociology at the UCD College of Social Sciences and Law where she is currently undertaking a PhD in the area of citizenship.

Prof. Kathy Murphy (NUI Galway) has a clinical background in older people’s services and Emergency Department Nursing and she held posts at clinical nurse manager level in both. For the last 25 years she has worked in nursing education with research interests in care of older people, dementia and chronic disease management.

Dr. Marguerite Nyhan is a Post-Doctoral researcher at Massachusetts Institute of Technology. Dr. Nyhan is based at the SENSEable City Laboratory and leads the urban environmental research team there. With the aim of influencing the design of future cities, she studies interactions between the environment, human populations and urban systems. As environmental health and sustainability are major considerations in her work, Nyhan collaborates with Harvard University’s School of Public Health on a number of studies. Marguerite was a Fulbright-Environmental Protection Agency Awardee in 2013-2014.

Monika Zawadzka is currently an Irish Research Council Government of Ireland Postdoctoral Fellow based at Dublin Institute of Technology working on the development of holographic sensors. Her scientific mission is to develop low cost sensors that would enable early detection of threats to human health and improve global wellbeing.

Patrick Paul Walsh is a Professor of International Development Studies in UCD, Ireland. He was a Senior Adviser to the UN Sustainable Development Solutions Network, Earth Institute, Columbia University, New York during its input to the post 2015 Development Agenda, formally mandated by the UN General Secretary Ban Ki-moon. He also represented the UN Major Group for Science and Technology during the Inter-Governmental Negotiations that produced the UN 2030 Agenda Outcome Document in September 2015.

Dr. Teresa Lynn is a Postdoctoral Researcher at the ADAPT Centre, Dublin City University. She completed her PhD through a cotutelle agreement between Dublin City University (Ireland) and Macquarie University Sydney (Australia), investigating parsing of the Irish language. She built the first syntactically-annotated corpus (treebank) for Irish and with that, trained the first statistical computational parsing models for Irish that can identify the syntax of Irish sentences. Teresa was a Fulbright-Enterprise Ireland Awardee in 2014-2015 and spent time in St Louis University, Missouri working with Professor Kevin Scannell on the automated analysis of Irish tweets.

Dr. Triona McGrath is a Fulbright scholar and post-doctorate research fellow, currently working with the National University of Ireland, Galway and the Marine Institute, Ireland. Her primary area of research is chemical oceanography where she is investigating ocean acidification in Irish marine waters. In 2014, Triona was a Fulbright-Marine Institute Scholar at the Scripps Institute of Oceanography in San Diego. 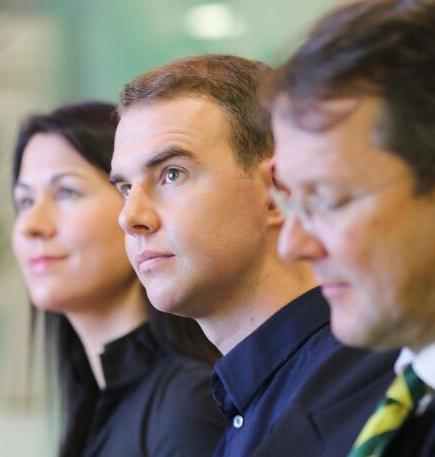 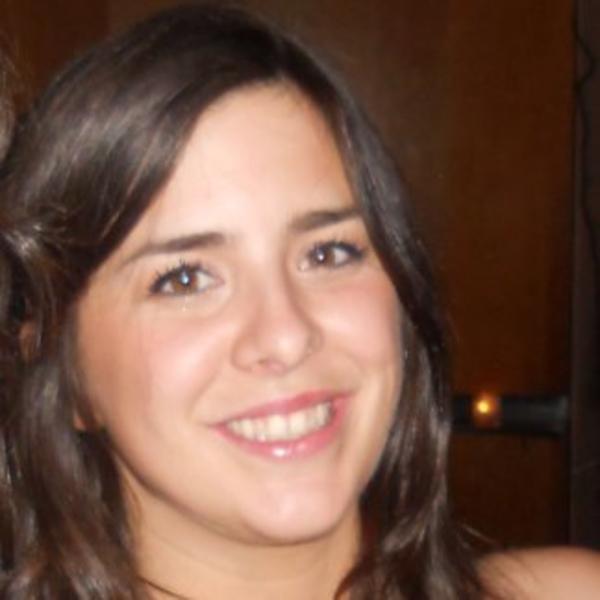