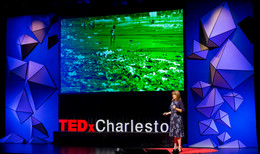 TIPPING POINT!
That magic moment when an idea, trend or social behavior crosses a threshold, tips and spreads like wildfire:
- Experience today’s thinkers and leaders who are identifying, predicting or causing tipping points in Charleston and beyond.
- Explore the concept that tipping points can be good, bad or neutral depending on perspective.
- Expect results as speakers inspire us to enhance our awareness of tipping points - and to act.

Abdiel Iriarte is a pianist, composer and musical director from Venezuela. He is in the United States by the invitation of South of Broadway Theatre Company in North Charleston, SC

Anuradha, the Artistic Director of the Mrudani School of the Performing Arts in Columbia SC has formally studied classical Indian dance with many prodigious dancers and schools in India. She has taught Bharathanatyam and Kuchipudi dance at Columbia College and University of South Carolina, Columbia, SC. Anuradha, a recipient of numerous grants/awards for dance choreography and dance performance, has performed at prestigious national and international festivals including India, Japan, Greece, Italy and Brazil. Shefali Emmanuel, Poornema Ramasamy and Sarah Elizabeth Watford, students at the Mrudani School join her in this dance.

This global marketing strategist envisions a philanthropic ecosystem empowered by good hearts and enriched by good tech. Catherine LaCour is a seasoned marketing executive, strategist and innovator who has deep experience building and promoting brands that drive sustainable growth and profitability for global technology corporations. Bringing both leadership and marketing experience to this role, Catherine is senior vice president of corporate marketing for Blackbaud. She is a Commissioner of the Women’s Refugee Commission, a non-profit advocating for laws, policies and programs to improve the lives and protect the rights of refuge women and children.

An investment and wealth manager by day and Costa Rican farmer by vacation, this inveterate traveler believes responsible tourism can improve lives and reduce suffering in destination communities.

With a love for maps, Eric Morris is trained as a geoscientist who works as a Remote Sensing Specialist with NOAA's Office for Coastal Management (OCM), where he uses lidar and aerial imaging in developing geospatial and land cover products and managing NOAA’s Digital Coast outreach efforts.

Gino Castillo is an Afro-Cuban jazz percussionist, singer and leader of the local bands in Chareston, Gino Castillo Quartet and SoulFunKubanized, a tribute to African-American music that influenced a change in modern Cuban music in the 1970s. His music studies began in Ecuador, with various local teachers. Gino traveled to Cuba, where he settlesd for several years. Gaining experience as a professional musician, he spends most of his time studying with master teacher Oscar Valdez Moreno as well as specializing in the investigation and development of Cuban music in Felix Varela School, and “Escuela Alejandro Garcia Caturla.”

With refined aperture and clear focus, this Charleston native has been documenting his community for decades, using his lens to capture the dynamics of rootedness, change and gentrification. As a Charleston native and professional photographer, Jack has long been a close observer and capturer of his surroundings. He paid attention when his parents packed up their car and traveled the nine miles out to Sullivan’s Island for the summer—a short drive through the Charleston’s East Side neighborhood. “Roll up your windows and lock the doors,” his mother would warn as the white family traversed this predominantly black neighborhood. Today, that neighborhood remains predominantly African American, however gentrification is rapidly changing the face, and future, of the East Side.

Jackson Silverman is a rising sixth grader on Johns Island SC. He likes to play soccer as a starting goalie. He has been involved with packing bags since age 3, when he worked with his mom as a volunteer. For his work with I Heart Hungry Kids, he has been awarded the National and State volunteer of the year awards from the Prudential Spirt of Community Awards..

Jason Groce is a born-and-raised South Carolinian, having lived in all three major metro areas of SC, and living in the Charleston region for almost 15 years now. He now lives in North Charleston with his dog, and loves to scratch his ears while he watches old, terrible horror movies. Jason has recently gone back to school to try to get into the thriving tech scene as a junior front end web developer. Jason first started doing comedy via improv comedy classes. Since then he has done sketch comedy and stand up and was awarded the best local comic in Charleston, as well as winning several competitions and touring several festivals, both in sketch and stand up.

Jennie Stephens brings 24 years of nonprofit management experience to her work with the Center for Heirs Property, where she has served as executive director since its inception in 2005. She holds a Bachelors Degree in Business Administration from the College of Charleston, a Masters Degree in Public Administration from the University of Charleston, and a Ph.D. in Organizational Leadership from Regent University in Virginia Beach, VA.

As CEO of Charleston-based PhishLabs and a 20-year veteran of the tech industry, John LaCour has an astute understanding of cybercriminals and seeks to share this knowledge to help users be aware of dangers and vulnerabilities.

Joseph McGill Jr. is a history consultant for Magnolia Plantation in Charleston, SC and the founder of The Slave Dwelling Project, Inc. Prior to his current position, Mr. McGill was a field officer for the National Trust for Historic Preservation working to revitalize the Sweet Auburn commercial district in Atlanta and to develop a management plan for Mississippi Delta National Heritage Area.

Throughout her career in human services and nonprofit management, Kat has trained on diversity and inclusion and been an advocate and ally. She was a community leader in Colorado before moving to Charleston, and since the Emanuel AME massacre here, she’s initiated many conversations with white folks about racism. She is the lead facilitator for the Charleston chapter of Showing Up for Racial Justice (SURJ), a national network of individuals and organizations organizing white people against racism.

Kate Jerome was the former president of the Scott Foresman Publishing Company and is an award-winning children's book author. A 2015 Fellow in Stanford University's Distinguished Career Institute, her association with Stanford's well-respected Center on Longevity gave her an even broader perspective on the needs of our aging population and the cultural changes necessary to support a longer life journey for all. As a result, Kate now spends her time developing new tools, programs and mindsets to encourage what she views as critical "vertical connections" between generations.

From Command Chief of the nation’s premier F-16 fighter wing to the wings of an overcrowded prison system, this mental health and military professional has some thoughts about how prison can better serve the mentally ill. Lefford Fate serves as Deputy Director of Health Services for the South Carolina Department of corrections, where he oversees 600 medical professionals serving over 20,000 inmates. Now retired after 31 years in the US Air Force retiree, he brings his experience as a military mental health technician and certified addictions professional to bear in advocating for improved mental health services in our prison system.

A native of Hawaii and lifetime surfer, Lia Colabello grew up loving the water, a love that continued at the University of Southern California, where she earned degrees in Broadcast Journalism and Anthropology, and played for the Women’s Varsity Water Polo Team. After college, she worked around the world in the sports industry, managing projects with the PGA TOUR, NFL and the World Surf League. She earned an MBA at the Thunderbird School of Global Management, specializing in the international non-profit sector. She’s worked for the Surfrider Foundation and for SecondWave Recycling and now advocates for reducing plastic pollution with 5Gyre from her home in Charleston, SC.

Poet and graphic designer Marcus Amaker is the inaugural Poet Laureate of the City of Charleston. He is the author of six books of poetry, and has recorded a jazz/spoken word album with his co-performer, Grammy-Nominated drummer Quentin E. Baxter.

A recipient of numerous grants/awards for dance choreography and dance performance, Murali and the Mrudani company has performed at prestigious national and international festivals including India, Japan, Greece, Italy and Brazil.

Dr Phil Manning is on the faculty of both the College of Charleston (paleontology) and the University of Manchester, England (natural history). He is a Fellow of the Explorer’s Club and an Extraordinary Scientist in Residence at the Children’s Museum of Indianapolis. His numerous research and teaching collaborations both nationally and internationally support his current research focused on integrating disciplines to solve key questions in paleobiology. Dr. Manning has authored popular and children’s science books and written and presented documentary films for National Geographic, BBC, History Channel, CNN and Discovery.

Baxter is a former music professor at the College of Charleston, music producer and world-renowned drummer who tours regularly with Rene Marie and Freddy Cole, among others. He has recorded a jazz/spoken word album with his co-performer, Marcus Amaker, the inaugural Poet Laureate of the City of Charleston.

Satish Nadig is a pediatric multi-organ transplant surgeon whose research is centered around immunology, bioengineering and targeted drug delivery in the setting of solid organ transplantation. Aa native of India, Nadig’s journey, from a family without running water in their village, to innovating nanoparticles in order to help save the lives of those with end-stage organ failure, is the true testament of the "American Dream." 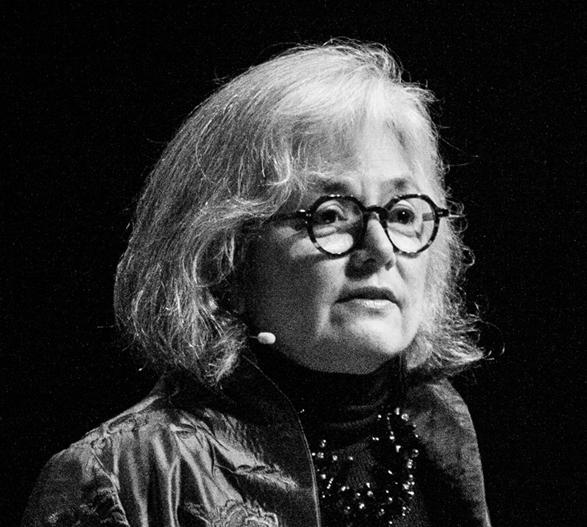