In the last few years, we have witnessed movements of people across the borders around the world for various reasons. This physical movement has affected everyone. We find ourselves thinking about the people who flee their homes to escape from persecution for our people once went through the same experience. We take part in discussing ways to respond to the crisis and how can we harness the culture of empathy and solidarity within our society. We ask if we can do more.
Movement. We chose this theme to bring brilliant-minded individuals to share powerful ideas and actions that help our society to move forward. This is reflected by the speakers whom we carefully selected to speak on our stage next year.
We are bringing a science teacher who wants to change the way science is taught in this country by using comics in the text book, a woman who works tirelessly with community to pioneer the nutrition-sensitive agriculture movement in Timor-Leste, and a prominent member of the Timorese artistic community who has developed a number of stomp bands, created numerous murals and works of street art, and composed for theatre, dance and airlines.
Our speakers are diverse: ethnically, racially, nationally. We want to be a part of the movers.

Curtis “Gabriel” Gabrielson has worked over 7 years in Timor-Leste to link science and mathematics concepts in the textbook with those of traditional Timorese life. Prior to teaching in Timor-Leste, he taught in China, San Francisco and the immigrant farm community of Watsonville, California, where he founded and directed a Community Science Workshop. The most recent of his three books in English is called “Tinkering” and outlines the necessity of a getting your hands dirty when you set out to learn something. Gabriel now works with a group of exceptional Timorese teachers under the Ministry of Education and Timor-Leste National Commission for UNESCO doing innovative curriculum development and training teachers from across the nation.

Dulce Soares is a civil engineer who manages the School Water, Sanitation and Hygiene (WASH) program with Plan International Timor-Leste. Her key role in the program is planning and designing the construction of inclusive gender latrines as well as provision of water supply through reserve water tank that distributes water to toilets and hand washing facilities in schools in rural areas of Timor-Leste. Dulce completed her Civil Engineering degree from Victoria University in Melbourne, Australia. She is one of the core members of Feto Enginhera iha Timor-Leste or Women in Engineer in Timor-Leste. She is also known as a singer and appeared as a guest singer at several concerts both in Timor-Leste also in Melbourne, Australia.

Ego Lemos is a musician, songwriter, and a permaculture practitioner. In 2001 he founded PERMATIL, a local non-governmental organization (NGO) that concentrates on sustainable agricultural development through Permaculture techniques.

Visual artist and musician Etson Caminha has a dynamic background as a performer, educator and collaborator. A prominent member of the Timorese artistic community, Etson has created numerous murals and works of street art, and composed for theatre and dance. His oil, acrylic and airbrush paintings have been exhibited in Australia and Europe and commissioned by international artists and world leaders. Etson often plays the role of educator in both music and art through curating group works in Dili and rural areas of Timor-Leste, and drawing participants from local youth and community groups to develop works of art in promotion of peace. Currently, Etson has become interested in combining improvised music and electronic effects processing.

Haktuir Ai-knanoik group is a storytelling group that has been working on connecting the past and present of Timor-Leste through studying its oral traditions and storytelling performance. The group has performed in different places across the country, reaching nearly 1000 children and adult people. The group has published three tales books and is working in a forth one with riddles.

Keisuke Inoue established FabLab Shibuya, a space that uses digital fabrication equipment, including 3D printing. Prior to this he was a Media Arts and Installation research assistant at Tama Art University, Japan. Keisuke's latest work focuses on 3D printing and the innovative “Maker Movement.” Through these experiences he aims to keep abreast with the ever changing elements of creativity that underpin the latest technologies in 3D printing.

Kon Karapanagiotidis is the founder of the Asylum Seeker Resource Center (ASRC), Australia’s largest organization helping people seeking asylum. Kon has been a human rights advocate for the past 25 years. His team have helped over 12,000 people via a team of over 1200 volunteers and 80 staff who deliver 30 life changing programs, all without a cent of Federal Government funding. Kon holds 6 degrees in the fields of law, social work, psychology, business, education and international development and his work has been recognized with an Order of Australia Medal, a Churchill Fellowship, La Trobe University Young Achiever Award, Victoria University Alumni of the Year, AHEPA Humanitarian Award, Citizen of the Year by the Maribyrnong City Council and recently voted one of Australia’s 25 most influential people in the social sector by Pro Bono Australia.

Ros Dunlop is an Australian classically trained musician and plays clarinet. She has played all over the world and one of her concert tours in 2002 took her to East Timor with the Australian composer Martin Wesley-Smith performing concerts of Martin’s music about East Timor. Ros was enchanted by the Timorese, their music and culture. Observing that the traditional music was an endangered culture she embarked on a project recording the traditional music of East Timor over the next nine years. She published the first book written in Tetun and English about this culture, Lian Husi Klamar: Sounds of the Soul. It has received critical acclaim internationally. This book is now a text in the new syllabus being created by Timor’s Ministry of Education. Ros has just completed a doctoral thesis on the Traditional music and its relationship to traditional Timorese culture and lulik. 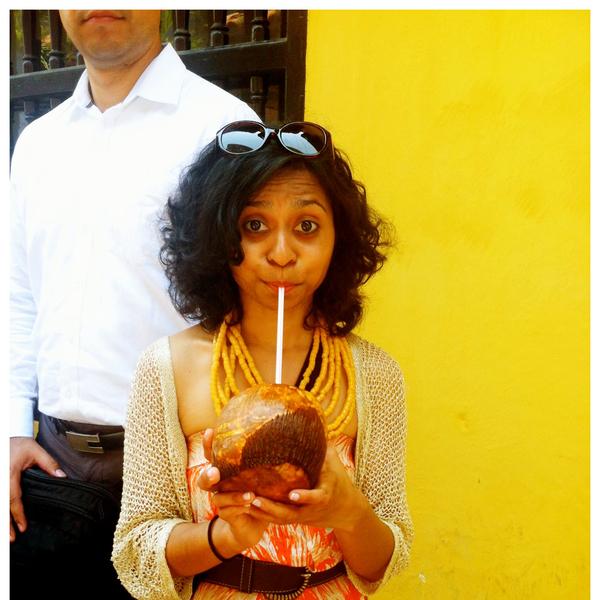