And yet somehow we know that we will rise to the occasion and find our way through. Where are these bold ideas coming from? Who will see them through?

We will, right here. The Tysons area houses the intellectual, political and technical powerhouses of Washington, DC.

Great thinkers, artists, and innovators will begin the conversation. Our neighbors will talk about how we can look at and look to each other and the rest of the world to build the future we want.

Aaron Black is the Director of Informatics at the Inova Translational Medicine Institute (ITMI), which is part of the Inova Health Care System in Northern Virginia. At ITMI, Aaron is leading a cross functional team of scientists, doctors and IT professionals to build a world-class data infrastructure for the institute's genomics research and clinical services – and ultimately for the purpose of translating genomics research for medical discoveries and improved patient care. He has helped architect and manage one of the world’s largest databases of biological, clinical and environmental data that has ever been collected on human subjects.

Mr. Alfred Grasso is president and CEO of The MITRE Corporation. He is responsible for developing and leading the organization’s overall strategy for its federally funded research and development centers (FFRDCs). He also serves on MITRE’s Board of Trustees. Mr. Grasso has held several leadership and management positions within MITRE since joining the company in 1986, culminating with his appointment as president and CEO in 2006. He previously was executive vice president and director of the Command, Control, Communications, and Intelligence FFRDC, now known as the National Security Engineering Center (NSEC).

An award-winning writer and author, Chapman has delivered more than 300 seminars and talks throughout the United States, United Kingdom, and Australia. From 2003-2010, he was the president of Publishers & Writers of San Diego (PWSD), a professional association with nearly 500 members and affiliates, and a regular instructor at the Independent Book Publishers Association University. He began his formal education in publishing as editor-in- chief of his high school newspaper and concluded with a Bachelor's Degree in Publishing from George Mason University, earned with a 4.0 GPA. During this time, he also self-published his first book, landed his first book deal, and started his first publishing venture — all at the age of 21. Professional highlight: Being chosen out of 548 applicants from all over the world to be part of a 15-person group coached by best-selling author and marketing mastermind Seth Godin at his office for one full week in 2014.

Boris Willis is Chief Artistic Officer of Boris Willis Moves and an Associate Professor of Experimental Game Design at George Mason University. He has performed with Liz Lerman/Dance Exchange, Jacob’s Pillow’s Men Dancers and Streb. He has created video art for choreographer Sharon Mansur and for his blog danceaday.com. Boris Willis has an MFA in Dance and Technology from The Ohio State University, a BFA in Dance from George Mason University and is a graduate of The NC School of the Arts. He is the recipient of a Kennedy Center Local Dance Commission and a Virginia Commission for the Arts Choreography Fellowship.

Mr. Painter has been on the vanguard of cyber issues for over twenty five years. In his current role as the Secretary’s first Coordinator for Cyber Issues, Mr. Painter coordinates and leads the United States’ diplomatic efforts to advance an open, interoperable, secure and reliable Internet and information infrastructure. He works closely with components across the Department, other agencies, the White House, the private sector and civil society to implement the President’s International Strategy for Cyberspace and ensures that U.S. foreign policy positions on cross- cutting cyber issues are fully synchronized. These issues include promoting norms of responsible state behavior and cyber stability, advancing cybersecurity, fighting cybercrime, promoting multi-stakeholder Internet governance and advancing Internet freedom. Mr. Painter is a recognized leader in international cyber issues.

Co-Founder and CEO of Be Girl

Diana Sierra is a designer who believes good design is simple, resourceful, aspirational and responsive; but it’s even more important that design be inclusive. She believes every person has the right to feel ownership of products that fill him or her with pride and a sense of dignity. It was on this philosophy that she co-founded and now leads Be Girl, a start-up social enterprise dedicated to empowerment by design. After patenting the world's first adaptable menstrual underwear, her company is positioning itself to lead the global evolution toward sustainable and dignified menstrual management for all people, regardless of geography or socio-economic circumstances. Building her career in industrial design, Sierra worked with various multinational companies and consultancy firms such as Nike, Panasonic and Curve ID. Prior to founding Be Girl, she worked in East Africa and South America on better designs for cook-stoves, agro-processing machines and soil testing devices.

Cal Newport is an Assistant Professor of Computer Science at Georgetown University. In addition to studying the theoretical foundations of our digital age, Newport also writes about the impact of these technologies on the world of work. His most recent book, Deep Work, argues that focus is the new I.Q. in the modern workplace and that the ability to concentrate without distraction is becoming increasingly valuable. He previously wrote So Good They Can’t Ignore You, a book which debunks the long-held belief that “follow your passion” is good advice, and three popular books of unconventional advice for students.

Jason Green is an experienced entrepreneur, lawyer, and strategist who has focused his career on empowering individuals and communities. Green co-founded and serves as Senior Vice President and General Counsel for SkillSmart, a technology company that uses skills to connect employers, job seekers, and education providers to reform the talent development pipeline and improve employment outcomes. Immediately prior to this endeavor, Green served as Special Assistant to the President and Associate Counsel to President Obama, where he advised on legal, economic and domestic policy matters. Prior to joining the White House Counsel’s Office, Green served as the National Voter Registration Director for the 2008 Obama for America general campaign, and held several leadership positions in battleground states during the 2008 primary campaign.

John Bailey has been upsetting people for years. He refuses to accept the assumption that the life of a blind person must be limited by their visual acuity. Blind since the age of eight, John has dramatically demonstrated his philosophy by walking across 1200 degree hot coals barefoot, touring Eastern Europe solo, and working with law enforcement on creating tools for the “War against Terror." John Bailey believes that raising expectations raises achievement. He is Second Vice President of the National Federation of the Blind of Virginia, President of the Fairfax Chapter of the NFBV, and former Chairman of the Virginia State Rehabilitation Council. John and his wife Laila spent weeks baby-proofing their home.

Michael Edson is a strategist and thought leader at the forefront of digital transformation in the cultural sector. Michael is the co-founder, associate director and head of digital at the UN Live—Museum for Humanity, a new institution being designed to reconnect humanity with the founding vision of the United Nations and catalyze global effort towards accomplishing its goals. Michael is also a Presidential Distinguished Fellow at the Council for Libraries and Information Resources (USA); he serves on the Open Knowledge Foundation’s OpenGLAM (Gallery, Library, Archive, and Museum) advisory board. Michael was formerly the Smithsonian Institution’s Director of Web and New Media Strategy and he was named a "Tech Titan: person to watch" by Washingtonian magazine.

Pages Matam is a multidimensional national touring artist & educator from Cameroon, Central Africa but currently residing in Washington D.C. Metro area. He is the current Director of Poetry Events for Busboys and Poets. A Callaloo Fellow, he is a Write Bloody author of The Heart of a Comet (2014), which won Best New Book 2014 from Beltway Poetry Quaterly, was a Teaching for Change bestseller, and received an honorable mention from the 2015 San Francisco Book Festival. A 2014 national poetry slam champion, he has passions in the field of education, violence and abuse trauma work, immigration reform and youth advocacy. He has been a featured artist and performer on Upworthy, Huffington, Okay Africa & Africa is Done Suffering, The Pentagon, the Kennedy Center, the Apollo Theater, BET Lyric Cafe, TV One’s Verses & Flow, The Smithsonian Folklife Festival and the Smithsonian African Art Festival. A proud gummy bear elitist, bowtie enthusiast, professional hugger and anime fanatic.

Sarah Fraser, host and entertainer, has spent a large part of the last decade on the airwaves of Washington, DC. She is the former co-host of the morning show Sarah, Ty and Mel on DC's 107.3 and the enormously popular The Kane Show on HOT99.5. In December 2015, Sarah launched her podcast, Hey Frase, which can be streamed or downloaded from iTunes and Podomatic, and streamed from SoundCloud. Sarah appears weekly on FOX 5's top-rated Good Day DC morning television program. Additionally, Sarah maintains an immensely popular blog on her website. She uses her various platforms to discuss inspirational stories, Mindful Living, and pop culture. Sarah resides in Arlington, VA 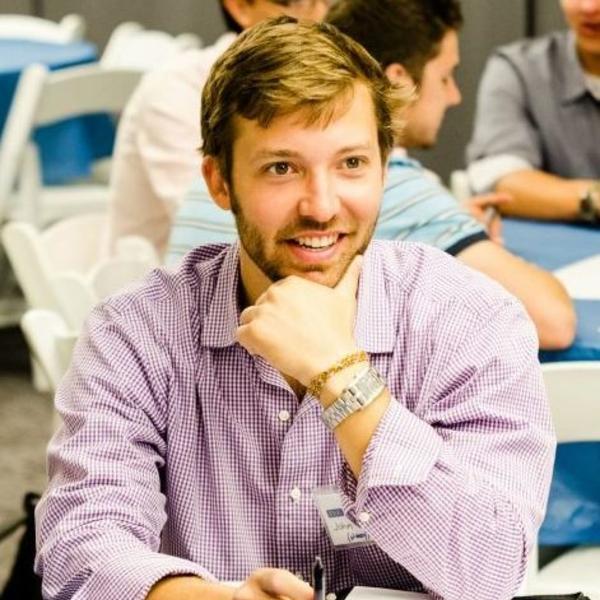 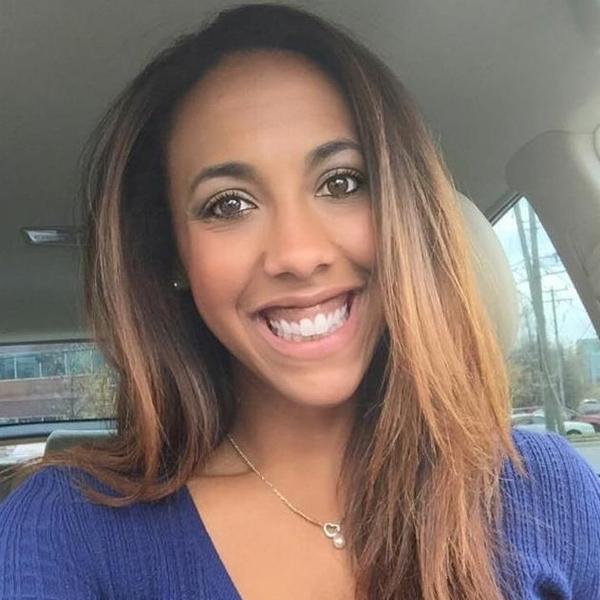