News about Robots, Electronics, Wearables, Drones and 3D Printing seem to be everywhere. Smarter Phones, Watches, Cities, Cars, Energy… well everything. We live in a world surrounded by innovation where even the largest and most successful industries, companies and organizations are embracing disruption and change as the new norm. In so many ways, it seems like a new reality is about to “Lift Off.” But where are we headed?

Please join us on Sunday, October 11, 2015, at the AsiaWorld Expo where sixteen leading experts, thought leaders, pioneers and performers from around the world and at home share their work, passions, ideas and experiences with 1,000 TEDx community members, volunteers and partners. Specifically, our TEDxHK2015 speakers will explore advancements and innovation in key areas of our lives such as communications, transportation, energy, environment and leadership as well as far away places where innovation is being driven by necessity faster than ever before.

Eight Five Tunes is an up ­and ­coming contemporary mixed a cappella singing group based in Hong Kong. With a repertoire spanning the 1950s to the 2010s, the group brings high quality harmony to its audiences.

Alan Macy is currently the Research and Development Director, past President and a founder of BIOPAC Systems, Inc. He designs data collection and analysis systems, used by researchers in the life sciences, that help identify meaningful interpretations from signals produced by life processes. Trained in electrical engineering and physiology, with over 30 years of product development experience, he is currently focusing on psychophysiology, emotional and motivational state measurements, magnetic resonance imaging and augmented/virtual reality implementations. He presents in the areas of human-computer interfaces, electrophysiology, and telecommunications. His recent research and artistic efforts explore ideas of human nervous system extension and the associated impacts upon perception. As an applied science artist, he specializes in the creation of cybernated art, interactive sculpture and environments.

Albert is a professional engineer specializing in artificial intelligence and robotic systems at HKU. His research interests include robot­assisted search and rescue systems, emergency engineering, technologies for humanitarian relief, and emergency water and sanitation systems. Outside the laboratory, Albert is an experienced humanitarian relief worker. As the first Hong Kong engineer to join Medecins Sans Frontiers’ field missions, he volunteered in South Sudan during the civil war, Uzbekistan during 911, Indonesia during the South Asia Tsunami, Pakistan during the Kashmir earthquake, and Sichuan during the Wenchuan earthquake.

Alexis Gresoviac is the Head of Gameloft Japan, a global and leading publisher and developer of downloadable video games. He possesses 18 years of business development experience in Japan and is an expert in Japanese business principles and culture. After working for France Telecom Japan as Market Researcher, Patent specialist and Country Manager for France Telecom ISP game publisher, he entered Gameloft in late 2003, establishing the office in April 2004, raising since then the business and production. Gameloft is now recognized has one of the leading mobile game publisher in Japan, bringing high quality contents and a large variety of game genres to the Japanese market. Today his focus is on establishing the new mobile advertisement business for Gameloft in Japan

Andrew Grant is a co-founder and director of Tirian International Consultancy, and an author of the breakthrough book ‘Who Killed Creativity?… And How Can We Get it Back?’ Andrew has travelled the world with his partner for over 25 years working with diverse groups ranging from remote tribes through to corporate CEOs to explore creative thinking and innovation.

Ben is a regular performer at the TakeOut Comedy Club in Soho and has opened for a host of international comedians in both Hong Kong and Macau. He hosted the 2015 Magner’s International Comedy Festival and was invited as one of six headline acts at the 9th Annual Hong Kong International Comedy Festival. Ben emcees regularly at major corporate and private events around the city. Ben’s day job is as the Head of Strategy for Deutsche Banks’ Equities business in Asia Pacific and its Investment Bank in Greater China. Prior to Deutsche Bank, Ben worked as a management consultant at Oliver Wyman, a global strategy consulting firm, specialising in Corporate & Institutional Banking. Beforethis he worked at UBS AG in their Asia Pacific Client Coverage and Group Strategy departments. Ben began his career in M&A / capital market at PwC. Ben holds a first class honours degree in economics and an honours degree in law from Macquarie University, Sydney.

Carsten Isert is the Head of BMW Technology Office in China. He is an industry and academic expert researching revolutionary forms of mobility and services. Isert has been active in the area of long­term product development and innovation with credit for numerous patents. He leads a team at BMW’s newest global research facility in Shanghai. Isert says that, “We try to have more like a startup spirit there: close short connections and good cooperation, everything small and innovative, try to make things fast.” Isert seeks to not only implement new technologies China but also to market Chinese innovation to the rest of the world. Isert is a leading player in the development of strategies for long­term sustainable transportation. His projects include responses to global trends such as climate change, urbanization, and dwindling resources.

Chris Rill is the Co­Founder and CTO of Canary which connects people and their homes and families in Canary, New York City. Rill built embedded systems and software for the US military and also co­founded Farehelper. He is also a FIRST robotics mentor. Rill has been tinkering with computers since his parents passed down their Apple IIe when he was seven years old. Since then he has graduated from Union College (NY) with a degree in Computer Engineering, built hardware and software solutions for military vehicles, scaled a realtime auction website and attempted to disrupt the travel industry with a “realtime” fare notification platform. He was the finalist of the AT&T Hackathon and received first place at the Axeda M2M Hackathon.

Elise Bland is a 13 year old Canadian, born and raised in Hong Kong. Sporty by nature, she plays hockey, soccer, and enjoys skiing and the great outdoors. Elise is a grade 8 student at CDNIS, Canadian International School of Hong Kong and aspires to one day play college hockey. She has a younger brother, Eliott, who also plays hockey and soccer and they enjoy physical competition.

Fredi Lajvardi began his career as a high school science teacher in 1988 in the Phoenix Union High School district in Arizona. He excelled right from the start, and showed the ability to engage and motivate his students, and challenged them by teaching them about the field of robotics. It soon landed them in national spotlight. After taking their designs to a national underwater robotics competition in 2004, and choosing to compete on the university level as opposed to the high school level, the Carl Hayden Community High School team beat out MIT and a number of other major universities.

Hank is the founder of AdoptTogether.org, the world’s first crowdfunding site for adoption costs. His family has adopted 8 children from 5 different countries and fostered 36 children while he was a boy. In its first 3 years, AdoptTogether.org has helped over 1000 families raise nearly $6M to cover adoption expenses and bring their children home. Families come from all 50 states in the U.S, as well as Canada and the UK.

Jason Yim is the President and Executive Creative Director of Trigger Global Inc, a digital agency with offices in Los Angeles, Shanghai, and a new satellite opening in Denmark. As the showcase developer for Qualcomm’s Vuforia, Trigger has lead the AR campaigns for: Nike, McDonalds, the Amazing Spider­man movie franchise, the Hunger Games franchise and the upcoming Star Wars movie. Yim spent the first 3 months of 2015 embedded at LEGO headquarters exploring the future of digital and physical play. Their partnership has extended over 3 years with Trigger developing prototypes and apps for various LEGO products into 2017 and beyond. Yim’s latest endeavor is a collaboration with Weta Workshop (Designers of Lord of the Rings and Avatar) to create a patent­pending, tabletop AR battle game.

Justine is a Counselor, Coach and Positive Psychology Practitioner focused on supporting individuals and organisations to move from just surviving to flourishing with a positive psychology approach to unlocking potential. She is currently in the midst of an extensive research project on the application of Positive Psychology applied to a Chinese educational landscape to support student and teacher wellbeing. Australian by birth, however Justine has spent 20+ years in Asia and is passionate about exploring cross-cultural values and belief systems to bring people together to work towards common goals.

Matthew Gow is the Vice President of Global Hand and CTO of Crossroads Foundation. He is an experienced IT and management professional with a commitment to positive social impact. Gow’s background in IT includes tenures at Hewlett­Packard, ING Bank, and SAP. He manages the development of various online portals such as the Crossroads Foundation and the United Nations business partnerships portal that facilitate partnerships between nonprofit organisations, corporations, government bodies and other entities. His state of the art websites to help those in need has earned him a nomination for the Spirit of Hong Kong Awards.

Over the past 10 years, Benoliel has launched and run several telecommunications services in Europe. Benoliel’s keen interest for peer­to­peer technologies brought him to partner with Skype early on, launching Skype In and Skype Out which enabled Skype’s business model. His personal challenge is to make ubiquitous wireless broadband access to the Internet a reality. Benoliel has made it possible for PCs and Android devices to share connectivity with any other around it. He has appeared live on CNN, CNBC and the BBC as well as many events such as TechCrunch Disrupt, GMIC, DEMO, LAUNCH, MobileBeat and Crowdsourcing.

Stephen is one of Hong Kong’s leading experts in intellectual property. An active speaker, author, educator, entrepreneur and an authority on archery, Stephen retired in 2011 as Director of Intellectual Property for Hong Kong SAR. He is currently an Adjunct Professor at Hong Kong Polytechnic University and a Fellow of the Royal Asiatic Society (UK). In addition, after 30 years’ experience in the public sector, he currently focuses on helping SMEs on intellectual property issues, knowledge management, innovation strategy and intellectual capital management through his company, ICEM. As an expert “China Hand”, he has a deep understanding of the government in China and advises European and other overseas entrepreneurs who are considering investment in China. Originally from London, England, Stephen speaks Putonghua (Mandarin) and Cantonese fluently. Stephen was awarded the Silver Bauhinia Star in 2011.

Sybil Thomas was born to sing. She has been singing since she was five years of age. Her first big break came in the early 70’s when she toured Italy with the distinguished group, The Platters, as the only female singer. Sybil is from a line of music royalty that cannot be matched. As the daughter of the legendary Rufus Thomas, the Stax Records recording artist, who was a famous disc jockey from the WDIA radio in Memphis Tennessee, known for “The Memphis Sound”, and the sister of Carla Thomas; she is bound for greatness.

Uli Gwinner is the President of Steelcase Asia Pacific, the global leader in the office furniture industry, and is responsible for overseeing the Asia Pacific business segment. As veteran in workplace environments, he has worked with numerous Fortune 500 companies to design spaces that inspire, connect and engage employees. He is passionate about insight-led strategy across all levels of a business, fromfuture-thinking opportunity exploration to product design to customer engagement. A lover of the outdoors, Uli is also a competitive swimmer, rower and cyclist. 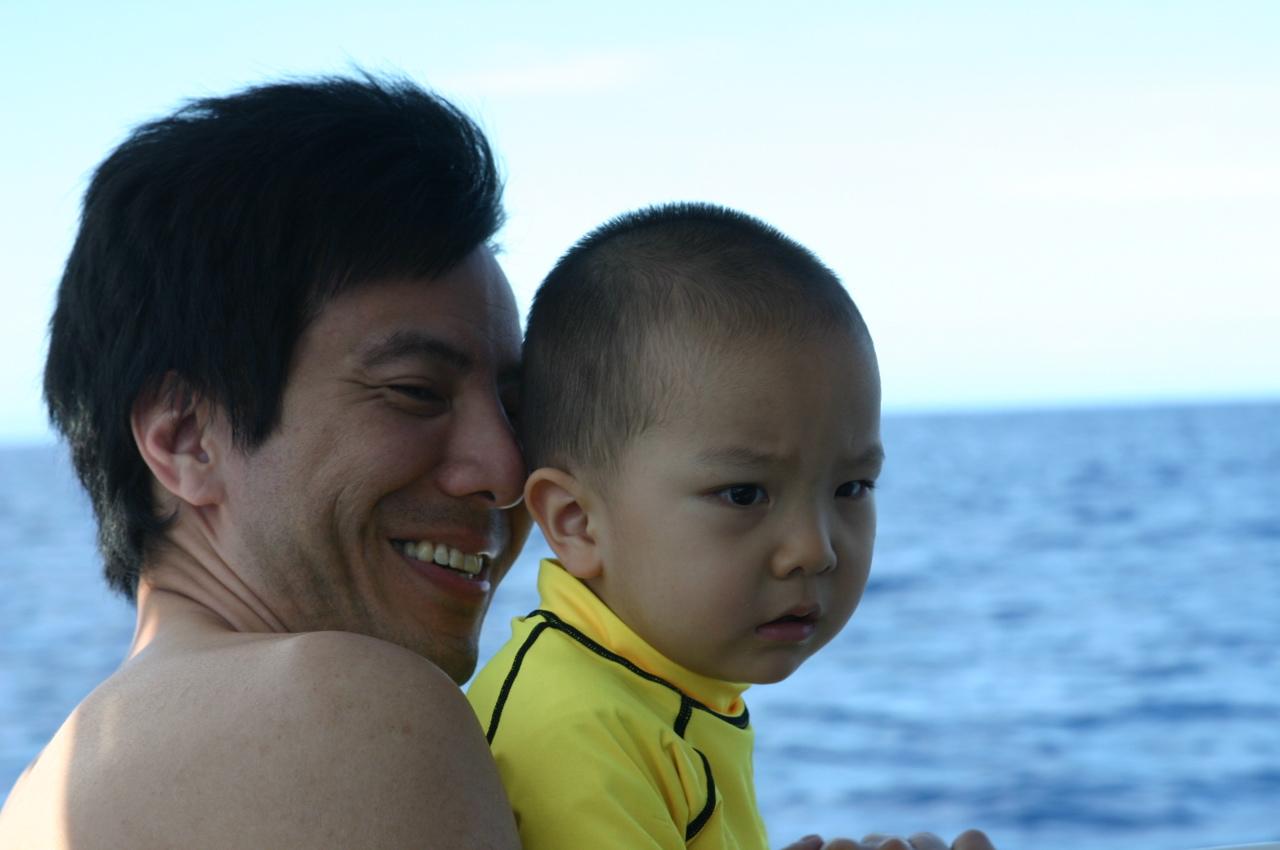 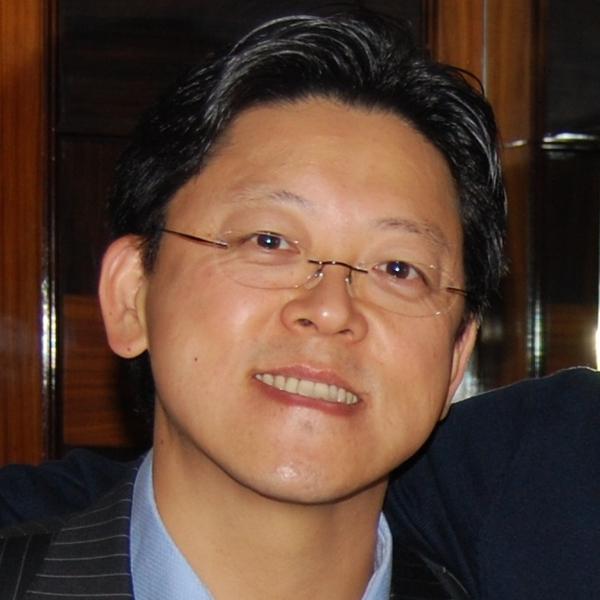