At TEDxSecunderabad, we invited thinkers, innovators and change-makers from across the South Asian Region to share innovative ideas and implementable strategies to address a range of challenges common throughout the region, including: making education relevant to the 21st century economy, promoting greater youth participation in democratic politics, encouraging trade between South Asian countries, eliminating conflict, job creation and more.

Apart from the Talks, we also had Performances by renown Artists from the South Asian region.

Abhinav Madan from Bhubaneswar leads Gram Tarang Employability Training Services. He wishes for India to have equity and socio-economic equality with adequate access to education, housing, food & healthcare for everyone, irrespective of race, religion, caste, culture and background. A major motivation for Abhinav is the state he sees the education and HR development sector in, and the potential he sees it rising to. He believes that it is too theory based using unimaginative teaching methods that lack focus on real world skills. He strongly believes that the youth of our country have a big role to play and that we as a people, need to come together and make a positive change to impact this. He describes himself as a “Bob Dylan, Mark Knopfler, Virat Kohli & Arsenal fan and a social entrepreneur” and urges people to get out of their comfort zones and to reach out and connect to people who’ve had different opportunities than ourselves.

Ameet Kumar began his career as a management trainee with the Federation of Indian Chambers of Commerce and Industry (popularly known as FICCI), and is now the Deputy Director. His focus remains on building industry partnerships for Indian companies in SAARC region, and has played an important role in shaping policies that affect Indian businesses in the region. He was a vital part of the ‘India Show’ held in Pakistan (2012) and Bangladesh (2014), which has been a major milestone in improving India’s bilateral relations with neighbours. Ameet dreams of a South Asia which is a common marketplace where people, goods and energy can move seamlessly. He is an avid traveller and through this wishes to focus importance on regional economic cooperation.

Asif Sinan is a quintessential world musician from Pakistan who seamlessly blends the genres of Indian classical, jazz and Sufi music. A summa cum laude music graduate, Sinan has gained recognition for his dexterity in playing raagas on the guitar and changing its tonal quality to make it sound like a sitar. He has also collaborated with numerous jazz, brass, and folk artists, and also Grammy Award winning musicians from Germany, USA, India, Cuba, Canada, UK, Madagascar, Egypt, Spain and Australia. Sinan has performed in several countries including the US and UK, with the one at the Deutsche MusikFest to an audience of 150,000 people being the most noteworthy. Just before participating in TEDxSecunderabad, Sinan performed at the International Guitar Festival in Mexico where he had the honor of representing South Asia

Binalakshmi Nepram is a writer and civil rights activist, spearheading work on making women-led disarmament a movement. She has authored four books since 1992 – “Poetic Festoon”, “South Asia’s Fractured Frontier”, “Meckley” and “India and the Arms Trade Treaty” – and is working on her fifth one that talks about Women, Peace and Security in Northeast India also discusses the issue of rising racism in India. This Manipuri political icon co-founded India’s first civil society organization in 2004. The organisation is working on conventional disarmament issues. In 2007 she launched the Manipur Women Gun Survivor Network to help the thousands of women affected by gun violence in her home-state. She has, on several occasions, represented Indian civil society in various women and disarmament meetings held at United Nations in New York.

Dr. Ritu Dangwal is a Researcher and Project Coordinator for TED Prize project. Her main area of research lies within the ‘School in the Cloud’ Project, a 2013 TED Prize Project. This is a significant 3-year-long project that allows children access to School in the Cloud labs. The objective is to see if children can pick up reading comprehension and internet browsing skills – two skills that are considered critical in the 21st century. Ritu has headed of the research wing for Hole-in-the-wall Education Ltd as well as carrying out a Consulting role at NIIT. She has travelled far and wide to remote areas in India, Bhutan, Central African Republic (CAR) and Liberia, and her expertise lies in steering research in urban slums, peri-rural and rural areas. Ritu has had her work published in several prominent International Journals.

Dilshad Karim popularly known as Elita, wants to create a strong communication bridge, within and outside Bangladesh, by showcasing culture and identity through this association. Elita is from Dhaka and is pursuing her Master’s thesis in English Literature. Apart from being a recording artist, Elita is also a journalist and TV host. She is the Editor at Star Weekend and does freelance projects as an anchor, TV host and Radio Jockey. She has won several awards including the Red Cross International ‘Best Article 2009’ for ‘Back From Hell’ and the JCI TOYP (Ten Outstanding Young Persons) Award.

Madhukeshwar is a young Advocate and a new age Politician hailing from Mumbai, India. He dreams of making India a global economic, cultural and social leader. Madhukeshwar is currently in the process of setting up the Mumbai Centre for International Arbitration – A joint effort between the domestic and international arbitration community, the Indian Business community and the Government of Maharashtra. He aims to find solutions to the social and economic issues in India. While pursuing Law at Christ College, Bengaluru, Madhukeshwar wrote and directed short films, produced plays and strummed guitar for the college band besides doing social work. In May 2013, he was appointed the National Vice President of BJYM, becoming the youngest in the party’s history. At TEDxSecunderabad, Madhukeshwar spoke about the evolution of the Indian Voter.

Novin Darlami, a young Member of Parliament in the Women, Children and Youth Committee of the National Assembly of Bhutan is dedicated to education and empowerment of youth and works closely with them, at the ground-level. Novin also serves as the Chairman of the Economic and Private Sector Development Committee of Bhutan.

Sajid Iqbal from Bangladesh, is a young Environmentalist who dreams of developing and spreading affordable renewable energy solutions across South Asia. At TEDxSecunderabad, Sajid shared the story of his journey that began with the 'Solar Bottle Light'; which helped to improve lighting in congested and dark slums of Bangladesh.

Sidra Saeed describes herself as a socio-political activist who has been pro-actively working towards promoting youth participation in the democratic process in Pakistan for the last seven years. She has been tirelessly advocating the socio-political issues of Pakistani youth, strengthening democracy and promoting peace, which has resulted in a nation-wide joint platform for rural and urban youth, named the Progressive Youth Forum (PYF). With the core values of achieving social democracy, social justice and peace, PYF was founded in 2009. The PYF team uses innovative approaches to mobilize youth to stand up for their rights and has successfully branched out with independent units 22 districts of Pakistan. Currently, she is working with a German think-tank and putting her efforts to revive the political discourse related to feminism in Asia.

Sijo Kuruvilla George is the Founding CEO of Startup Village, India’s first Public-Private-Partnership model Technology Business Incubator, directly promoted by the Dept. of Science and Technology, Govt. of India; Technopark, Trivandrum and MobME Wireless Solutions. Started in April 2012, Startup Village's aim is to launch 1000 technology startups over the next 10 years and start the search for the next billion-dollar Indian company. Sijo did his MBA in Marketing and Strategy from Great Lakes Institute of Management, Chennai. He is also a Mechanical Engineer from College of Engineering, Trivandrum. Sijo serves as mentor and business consultant to several startup firms like iTraveller, Flip Technology, Thingout and Wedogood. He also serves on the board of directors of a few of those companies. Sijo is also a panelist and judge of some of the entrepreneurial events in India. Sijo also interacts with the student community to promote student entrepreneurship initiatives.

Sunesh Rodrigo from Sri Lanka is a Corporate Trainer, Consultant, Lecturer and Public Speaker. He is also the founder of Vantage Consultancy, a company that specialises in corporate training and consultation. Apart from conducting career development programmes at corporate giants like British American Tobacco, MAS Holdings and Airtel, he additionally steered special personality development programmes for the Army, Navy and Air Force. His areas of expertise include communications, relationship marketing, sales strategy and execution, digital marketing and strategy, personality development and motivation. Sunesh wishes to change peoples’ opinions and perceptions about agriculture and farming, in order to inspire them to grow their own food, getting rid of the stigma behind being a farmer. Sunesh Rodrigo on Twitter: https://twitter.com/SuneshR Sunesh Rodrigo on Facebook: https://www.facebook.com/sunesh.rodrigo

Sureka Amerasinghe is a sought-after multi-instrumentalist. She has the rare ability to perform a range of music from western classical to jazz and even fusion music. She is an award winning flautist, violinist, pianist and recorder player. Sureka is a Fulbright scholar and was affiliated to The Mannes College of Music, New York, where she did research in ‘Using Music in Conflict Resolution’. She was also the winner of the Centenary Travel Grant Scholarship awarded by the Royal Schools of music, London, where she studied at the Royal Academy of music. Sureka has a Master’s Degree in music performance from Converse College, SC and was elected a member of the Pi Kappa Lambda honours society for music in the U.S. She also has a Licentiate diploma in piano teaching and another Licentiate in flute performance. Sureka has performed in New York, London, San Francisco, South Carolina, North Carolina, New Delhi, Cochin, Doha, Abu Dhabi, and the Maldives. 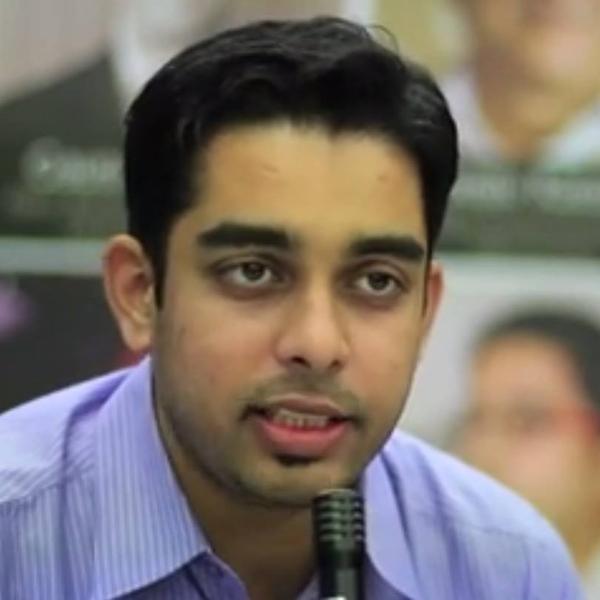