In keeping with the spirit and vision of TED Talks, on February 27, 2016, we will share great ideas, spark stimulating conversation, and enhance our understanding of the world around us. Join us as we present this year’s group of thought leaders and listen to everything that might sound crazy, but actually will change our world—for the better.

Dr. Anna George, Director of the Tennessee Aquarium Conservation Institute (TNACI), discovered early in life that being a biologist provided a good excuse to be outside. She enjoys teaching students of all ages about biodiversity and conservation through camps, field excursions, university classes, and outreach lectures. Recent awards for her work include the Outstanding Fisheries Scientist Award from the Tennessee Chapter of the American Fisheries Society, the Audubon/Toyota TogetherGreen Fellowship, and the Heroic Environmentalist Award from Appalachian Voices. Her work has been featured by Dr. Sanjay Gupta on CNN and Alexandra Cousteau and Zeb Hogan through National Geographic.

Since 2013, Asami Nakano has been the Japan Outreach Coordinator in the UTC Asia Program. The Japan Outreach Initiative promotes US-Japan understanding at the “grass roots” level in smaller communities rather than taking this cultural outreach to large cities. Nakano grew up in Nagasaki, Japan, and was a public school English teacher. She speaks fluently in Spanish and English. She has presented workshops at more than 20 K-12 schools and six different colleges Tennessee. Nakano’s art background is helpful with presentations on calligraphy, e-tegami (creating pictures and letters with a calligraphy brush), kamishibai (Japanese picture story telling) and origami (traditional paper making).

Billy Weeks started with The Chattanooga Times in 1984 as a staff photographer, rising to Director of Photography/Graphics in 1999. In 2010, Weeks became an independent documentary photographer. As a photojournalist, Weeks has covered assignments that range from the World Series to small villages in Central America and Asia. His photographs of poverty in Honduras won an Award of Excellence for editorial photography in the Communication Arts Photography Annual. He has won the Gordon Parks International Photography award twice and was awarded the Freedom of Information Award from the Associated Press. His photographs on baseball in the Dominican Republic and Central America were featured CNN and Photography District News.

Christian J. Collier is a 2015 Loft Spoken Word Immersion Fellow. This program is made possible by a major grant from the Surdna Foundation and by the generous support of Loft members. He is an accomplished artist and educator who has shared the stage with several members of HBO’s Def Poetry cast, such as legendary poet and activist Ishmael Reed and Grammy-nominated artist Minton Sparks. Some of his works have been featured on The Guardian and published in such publications as Voicemail Poems, Calliope Magazine, and The Origami Poetry Project to name a few.

Cole Montalvo, a self-proclaimed biosafety evangelist, is passionate about public outreach in synthetic biology. An information security expert by trade, he applies similar safety frameworks to biological systems. Montalvo has contribued to the OpenTrons project, which is automating lab work using open source hardware. He is also a participant in the personal genome project to sequence and publicize the complete genomes of 100,000 volunteers. After learning basic biochemistry lab techniques at the University of Tennessee at Chattanooga, Cole he has participated in research at various labs including Counter Culture Labs in Oakland and BioCurious in Silicon Valley.

In July 2012, Dr. Elaine Swafford took the helm as the Director of the Chattanooga Girls Leadership Academy, the first all girls public charter STEM school in the state of Tennessee. She and her team are in the fourth year of overseeing a school turnaround and are meeting expectations of leading exceptional gains in student progress and academic achievement. After reaching the brink of closure prior to her arrival, the school has now earned Reward School Status two consecutive years. She uses her experience, energy, and passion to inspire and motivate young people, while having a positive impact on the community. She considers herself as a “ Social Impact Specialist.”

Jerry Redman is Co-Founder and CEO of Second Life, Inc., a Chattanooga-based non-profit organization that fights sex trafficking. He serves as liaison with the various law-enforcement and governmental agencies with which Second Life partners. Redman chairs the Executive Committee of the Chattanooga Coalition Against Human Trafficking, as well as sits on the Tennessee Governor’s Human Trafficking Advisory Council. He is working on the development and implementation of the Global Trafficking Initiative, a comprehensive, collaborative approach to addressing the issue of trafficking in both the U.S. and internationally.

Karen Mills has made a career out of making people laugh. She’s been a nationally touring comedian for 23 years and can be heard daily on Sirius/XM comedy channels. Diagnosed in 2013 after a routine checkup, Mills was determined to take on the disease with hope and humor. Her mission is to inspire people to love, laugh, and approach everything life hands you with a positive attitude. Now cancer-free, she has been hailed for her ability to bring humor and inspiration to difficult topics as she did recently when she spoke at the Ovarian Cancer National Alliance in Washington, D.C.

Linda Murray Bullard is the owner of LSMB Business Solutions, LLC, a business and personal development consulting firm. She also formed the LSMB Mastermind Group, which teaches a small group of business owners how to monetize their business ideas. Bullard is the author and self-publisher of The Well Ran Dry: Memoirs of a Motherless Child, which is an autobiographical account of what it was like to be raised without her mother as well as being a teen mom. The book was accepted by the Library of Congress for their general collection in 2013 and was awarded Best Autobiography of 2014 by the Georgia Arts Neo Soul and Poetry Awards.

Dr. Summa-Chadwick has enjoyed diverse careers as concert pianist, educator, computer programmer, and advocate for the use of music in therapy. The inspiration to merge these careers came while she was teaching a neuro-typical piano student who had a younger sibling with autism. When the request was made to also teach the sibling to play the piano, the amazing results launched her quest to discover how music works within the brain and central nervous system. She directs the Music Therapy Gateway In Communications, Inc. (MTGIC), a nonprofit organization dedicated to raising awareness of the benefits of music in therapeutic environments.

Rachel Raisin, a senior at Girls Preparatory School, dedicates her life to helping others. As President of the Community Service Leadership Council at GPS, she can often be found out in the Chattanooga community. Along with her efforts to better the community, she is also an avid visual artist. She is currently working on her portfolio for AP Drawing, with a concentration named “Crushed, Crinkled, and Cracked.” Her work was recently selected to be shown in the Palate to Palette art show. In May 2015, Raisin attended ALA Volunteer Girls State in Nashville. This intensive weeklong program promotes good citizenship.

As a proud alumnus of UT Chattanooga, Steven has been privileged to see the growth and transformation of the Scenic City first-hand. Steven served as a Social Issues, Equity, and Diversity Chairperson and Vice President of the UTC student body. After graduating from UTC in 2014, he joined the Teach For America Appalachia Corps and began the most challenging and eye opening journey of his life. Steven has since been teaching high school and middle school English Language Arts and Drama at Harlan Independent in Harlan, KY.

Formed in 1958 with members from Chicago and Chattanooga, The Impressions performed music ranging from doo-wop and soul to gospel and rhythm and blues. The group underwent multiple member changes, and today a core group including several of the original members from Chattanooga continue to perform. Their hits include “People Get Ready,” “Gypsy Woman,” “It’s All Right,” and “Finally Got Myself together (I’m a Changed Man).” The Impressions were inducted into the Rock and Roll Hall of Fame in 1991.

In spring 2014, Tracey Carisch left her successful career and with her husband and their three young daughters embarked on a journey around the world that would take them through 24 countries on six continents over the next 18 months. At the heart of their decision to take this dramatic life turn was the increasingly frenetic pace of modern family life. As the family assisted with education programs in Ethiopia, cared for dying animals in Thailand, served drug addicts in Bolivia and helped with dozens of other projects around the world, the family gained a new perspective. Her blog, 100waystochangetheworld.com, chronicled the family’s adventure with her writing and her husband’s photography. 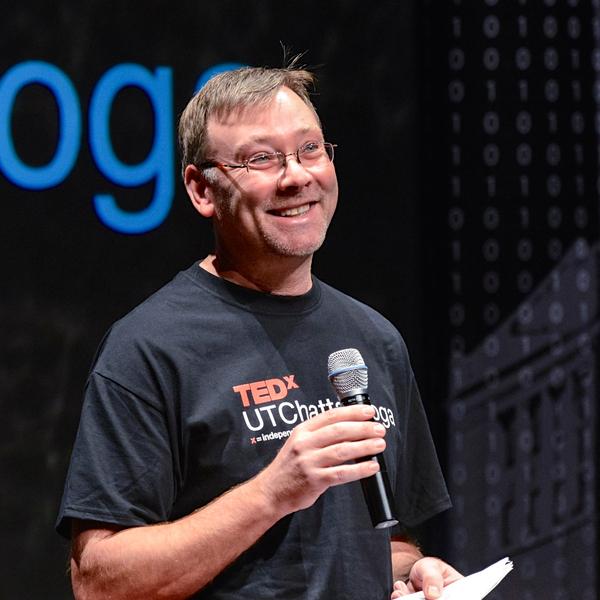 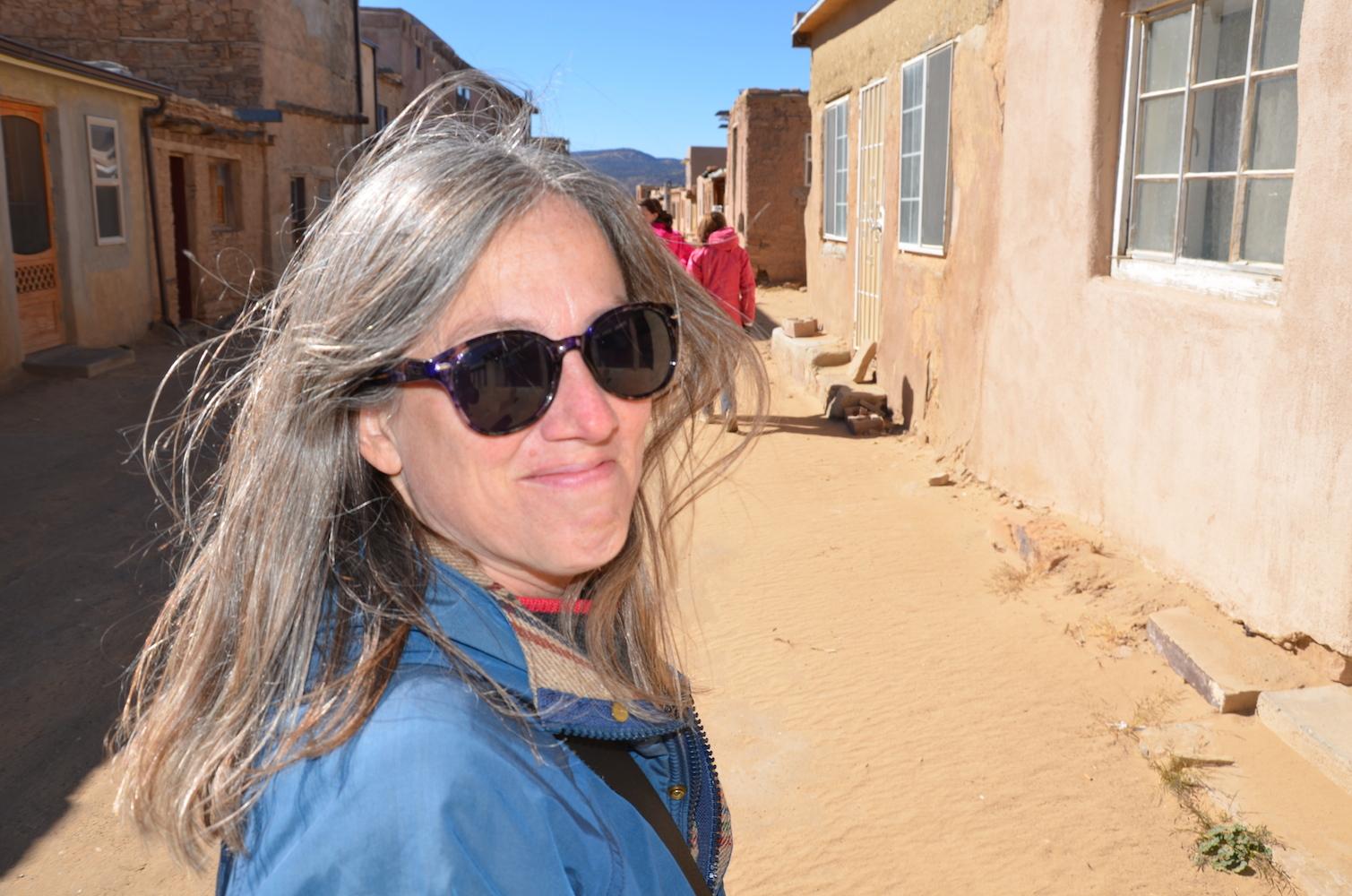