Welcome to TEDx Saskatoon, an event that will be an incredible opportunity to be inspired by leading creative professionals, technology experts, entrepreneurs and business and cultural leaders from across our beautiful city to speakers stretching around the world!

SaskAcro embraces the practice of acroyoga with a growing and dedicated community of teachers and students here in Saskatoon. AcroYoga combines strength, trust, precision, and connection to elevate one another to new heights of expression, exploring the possibilities that emerge when we move beyond the mundane and trust in each other.

Food Security Collaborator | Andi Sharma, MPA, works in a collective impact system known as the Northern Manitoba Food, Culture & Community Fund. The system currently includes over 10 organizations from across Canada who dedicate both human and fiscal resources to food insecurity in Northern Manitoba. Some Northern Manitoban communities face third-world living conditions characterized by extremely limited access to exorbitantly priced healthy foods. Andi works for the Province of Manitoba’s Northern Healthy Foods Initiative, a founding member of this collective impact system, and is actively engaged in evaluating and improving the ongoing sustainability of the model. She is so dedicated to the cause she has recently started her pilot’s license and one day, intends to fly affordable and nutritious food up north herself.

Magician and Illusionist | There are many ways to reach your potential, and for Hadlen it’s about not quitting, and pushing through even when situations seem too difficult. This full-time performer is an expert in illusion, sleight of hand, hypnosis, combative arts, language patterns, muscle and body reading, and presentation. Hadlen now coaches, trains, and speaks alongside his performance career. He helps people in many ways utilizing hypnosis, whether is it quitting smoking or enhancing productivity and performance in employee development. Even though he is only 27 years old he runs his business, Hadlen Entertainment, and has performed in 10 countries. Hadlen has attained the title of World Champion, representing Team Canada at the World Martial Arts Games in England. He took home gold in two divisions and silver in another. The discipline required for martial arts has helped him to reach his goals on stage, where he has been performing since age eight.

Educator and Wildlife Photographer | Hamilton Greenwood is an adult educator and wildlife biologist with a passion for using photographs to inspire. He is the department head at Saskatchewan Polytechnic’s Natural Resource Technology Programs, and a sessional lecturer for both the University of Saskatchewan and the Saskatchewan Urban Native Teacher Education Program (SUNTEP). With an undergraduate degree in Biology from Queen’s University and a PhD from McGill, he has taught a generation of people who contribute to Natural Resource Management in Western Canada. As a teacher, he is known for the passion and commitment which be brings with him to his classrooms. Hamilton’s personal and professional life has found a wonderful bridge in landscape, wildlife and still-life photography. His images are widely published and freely shared with many non-governmental organizations. These photographs, and countless hours in the wild, are the canvasses from which he works.

LBGTQ Youth Rights Champion | Herb was born and raised in Saskatoon. Along with his husband and author, Anthony Bidulka, Herb founded Camp fYrefly Saskatchewan in 2008, a leadership retreat for sexual and gender minority youth. The goal of the camp is to take at risk LBGTQ youth and raise their self-esteem, teach them resiliency and leadership skills, and let them know they are okay just the way they are. Over the last seven years, over 350 youth have attended, helping them avoid depression, dropping out of school and in some cases preventing suicide.Herb serves the community in many ways, giving his time and energy volunteering for charities and organizations he is passionate about. Herb and Anthony both received 2014 Saskatoon Co-Citizens of the Year, in recognition of their many years of volunteerism.Herb is a certified financial planner and senior partner in McFaull Consulting Inc., a financial planning and investment firm.

Minister and Open-Minded Talker | Rev. Karen Fraser Gitlitz is an ordained minister in the Unitarian Universalist tradition, who currently serves the Unitarian Congregation of Saskatoon, and consults with the Unitarian Fellowship of Regina. As part of the Essential Voices project, an outreach ministry of the United Church of Canada, Karen worked with a team that encouraged non-profits and governments to create paid positions for people with lived experience of poverty.Karen believes in the transformational power of community and strives to create more opportunities for people to be in open, honest dialogue with one another. The fascination with cities and communities has been sparked by classes in architectural history and through her social justice work, especially in projects combining activism and the arts.Karen and her partner moved to Saskatoon from the West Coast three years ago and are enjoying getting to know Saskatoon and prairie life.

Bringing Life to Death | Lisa Greig is dying, but then again, so are you. She believes that by embracing our own mortality we will live more fulfilling, passionate and purposeful lives. She is a social worker and practicing clinician in Saskatoon.Lisa is passionate about all things life and death, focusing her business Silver Linings Events on the topic. So, why should we talk about death? What are the barriers that prevent us from having these conversations? Why do we avoid something that we all have in common? These questions and many more have become a part of Lisa Greig’s passion and practice.Lisa was born and raised on the prairies but headed for the city lights and skyscrapers of Toronto to complete her social work degree before returning to Saskatchewan to complete her graduate degree, rooting herself in Saskatoon.

Communicator for the 21st Century | Michael Epstein an innovator, bridge-builder, business/life coach, change agent, and social entrepreneur. He is intensely passionate about empowering individuals from all walks of life to follow their dreams and, in so doing, to function as effective change agents and catalysts for transformational change toward a sustainable future.Most recently, he has been developing and piloting a series of workshops on integrative change leadership, a novel approach which draws upon multiple schools of thought regarding social change, integrating personal growth with professional development, and focusing on 21st century skills for 21st century problems.He is the managing director of the Centre for Integrative Medicine at the University of Saskatchewan, and director of the Canadian Complementary/Alternative Medicine in Undergraduate Medical Education Project.

Creative Thinker | Many people give up on imagination because it’s not encouraged into adulthood, but Michael Payne believes that is a mistake. As a communicator and socialite with a special interest in art and enterprise, Michael understands the importance of being able to dream big. His company, Fancy, is named for using the faculty of imagination – the fantasy. As an entrepreneur, his experiences and focused energy have combined to establish him as Partner and Creative Director at Fancy Creative Studio. Michael is invested in stimulating small business success and promoting the power of a conditioned mind.He has been on committees for a number of initiatives including Startup Saskatoon and The Neural Health Project. Michael has accepted invitations to speak at a mix of conferences, delivering guest lectures on branding, leadership, and consumer experience. At his core, he believes in the potential of every person, and the importance of a great haircut.

Spokesperson for a Better Way | Patricia Katz, of Optimus Consulting, is a noticer, an appreciative adventurer, and a spokesperson for a better way to a better world. She finds joy in helping people get a sense of how things could be and encouraging them to take those first steps in more positive directions. Pat believes people should raise their sights and spirits as they encounter the doldrums of mid-to-late life. She wants others to understand that fresh challenges and new ventures continue to be important as we age, that coasting to the finish line is not your only option. Pat has inspired tens of thousands of people to accomplish what matters most that brings peace of mind. She is the bestselling author of six books, a certified human resource professional, and an inductee of the Canadian Speaking Hall of Fame. Pat is also an accomplished watercolor artist, a wife of over 40 years, a mom of two grown daughters, and grandmother to two young boys.

Environment Awareness Promoter | Paul Hanley knows the world is getting very crowded. While 11 billion people could destroy the planet, Paul has suggestions for change that make a “full world” work—transforming global culture, agriculture, and ultimately the human race. Paul has promoted environmental awareness in Saskatchewan for 40 years, providing support for the establishment of the organic farming and gardening movement in Saskatchewan through Earthcare Group. He has been environment columnist with the Saskatoon StarPhoenix, publishing more than 1,500 articles on environmental and agricultural issues, and has published four books. Paul’s efforts to promote environmental awareness were recognized with a Canadian Environment Award from the Royal Canadian Geographical Society in 2006. He is the vice-President Research with Points West Management Consultants, which specializes in support for Aboriginal employment and economic development.

Cultural Mathematician | Stavros makes math something kids look forward to as the math outreach coordinator for the University of Saskatchewan’s Department of Mathematics and Statistics.He believes that while math is universal, there is a long way to go to make it accessible to more than just some learners, so Stavros is driven to make math available to everybody. He develops hands-on math activities that incorporate aboriginal culture and anti-racist teaching practices for students and teachers in the K-12 system in Saskatoon and local reserve schools. He collaborates with teachers, elders, and researchers to develop innovative ways to teach mathematics.Stavros was born and raised in Prince Albert, Saskatchewan and moved to Saskatoon in 2007 to attend the University of Saskatchewan.He has a BSc Honors Degree in Mathematics (with a minor in Economics), an MSc Degree in Mathematics, and a MEd Degree from the College of Education, University of Saskatchewan.

Relationship Builder | Trevor Maber teaches in the areas of project management, leadership, human resources, training and development, presentation skills, and case analysis. He has learned that the key to work-life balance is focusing on relationships. One of his greatest passions is connecting people and ideas with an emphasis on building and nurturing the relationships necessary for this to happen – a significant portion of his research and consulting work focuses on relational approaches to group, team, and community engagement. Trevor is a full-time faculty member at the Edwards School of Business, partners with several of leading Canadian consulting groups, and is an active contributor to the online TED-ED global learning initiative, working closely with TED on projects and initiatives. He is currently working toward his PhD with Fielding Graduate University. Trevor holds a Masters degree in Leadership and numerous coaching, facilitation, and assessment certifications. 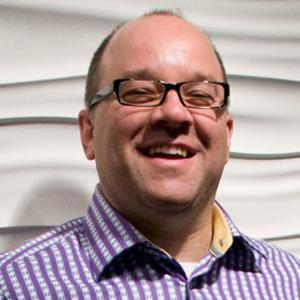 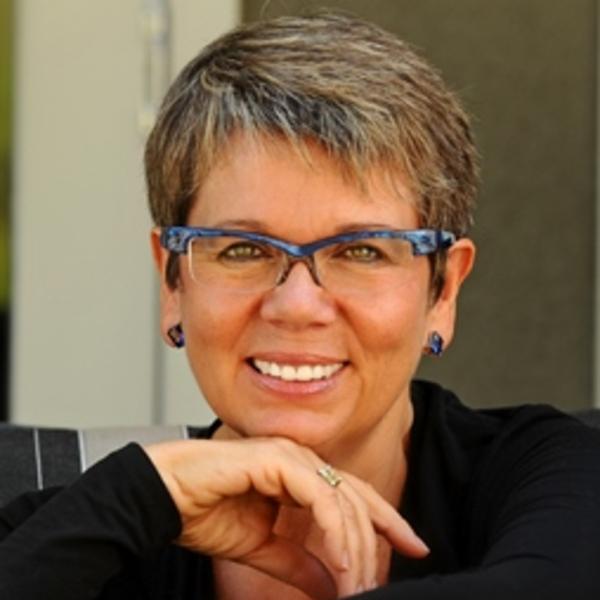